This month, CAS welcomes Mathias Kryger as the first resident in the 2016 CAS Pilot Residency. Working at the confluence of writing, critical theory, visual arts and performance, and writing for publications such as Politiken and Kunstkritikk, Kryger offers a unique perspective on the artistic, curatorial, and critical process. Below, Kryger talks with CAS about his approach to criticism and how he mediates writing with artistic practice. 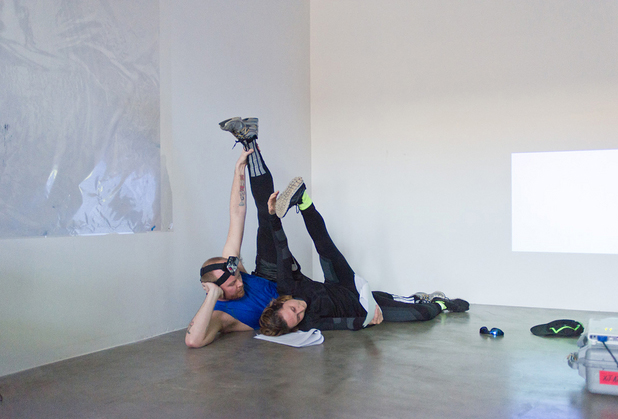 Heather Jones: You’ve been described as a curator, artist, critic, performer, and even pop-singer. Can you describe your working practice in relationship to these different labels? Do you take on different roles depending on the project, or do you have a more fluid definition of these terms?

Mathias Kryger: The different fields of practice you mention are the means through which I engage in the art world and make the majority of my income. At times, there is a palpable pressure to focus on one or the other as if I would be infidel when working in more ways than one – a distrust not unlike the kind that bi– or a-sexuals, vegetarians or non-alcohol drinkers are met with in this region. Other people seem to suggest that I am a spy who has come from art history into art making without pledging allegiance to either side of the (iron)curtain. Though a lot of people do inhabit multiple functions – I could mention Jeremy Deller, whom I admire a lot…

For me working is not so much about fluidity as it is about skills, sensibilities and criticality. Basically, I love the discourses and the institutions of the art world – not only the ones at the centre but also those on the peripheries.

I do not feel as strongly about the discourse or institutions of the music industries, but singing is a way to practice, and is integral to my work and one of my favourite things to do in the world, however painful it may be. I think I need some serious therapy to unlock the issues around this… I have tons of queer shame, some internalised homophobia and gender issues perhaps stemming from when my voice broke and I could no longer sing in the same octave as Whitney Houston… her and I were suddenly parted by those eight notes…

HJ: Your practice has a strong focus on performance, although your understanding of performance differs from the common definition. Can you describe your approach to performance a bit more?

MK: I like to say that I understand the concept of performance to include (caramelised) competition; achievement; administration; execution; collectivity; disagreement and resistance. I keep changing or shifting around the words, but the overall intention is to de-instrumentalize the concept of performance, and to remain critical to the way that everything in the world is enveloped in expectations and needs for constant accomplishment. Having said that, I am in love with the specialised body, that of the dancer, the bodybuilder, the actor, the swimmer, the singer and the gymnast – that the performance shapes the body. I watched some of the Olympics the other day and the commentators mentioned how the training of the gymnasts may have an arresting effect on the growth of the gymnasts’ bodies and that after they retire and stop training and competing, they start to grow taller.
Also for me, writing is very much about performance and about creating and taking part in the world, and sharing through desires and emotions, rather than understanding writing as a representation of the world in the medium of text. 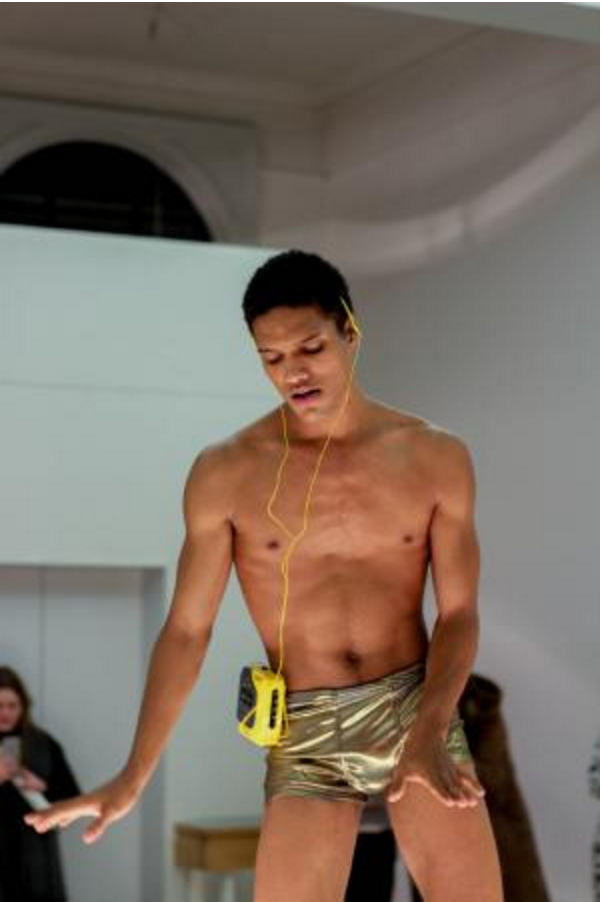 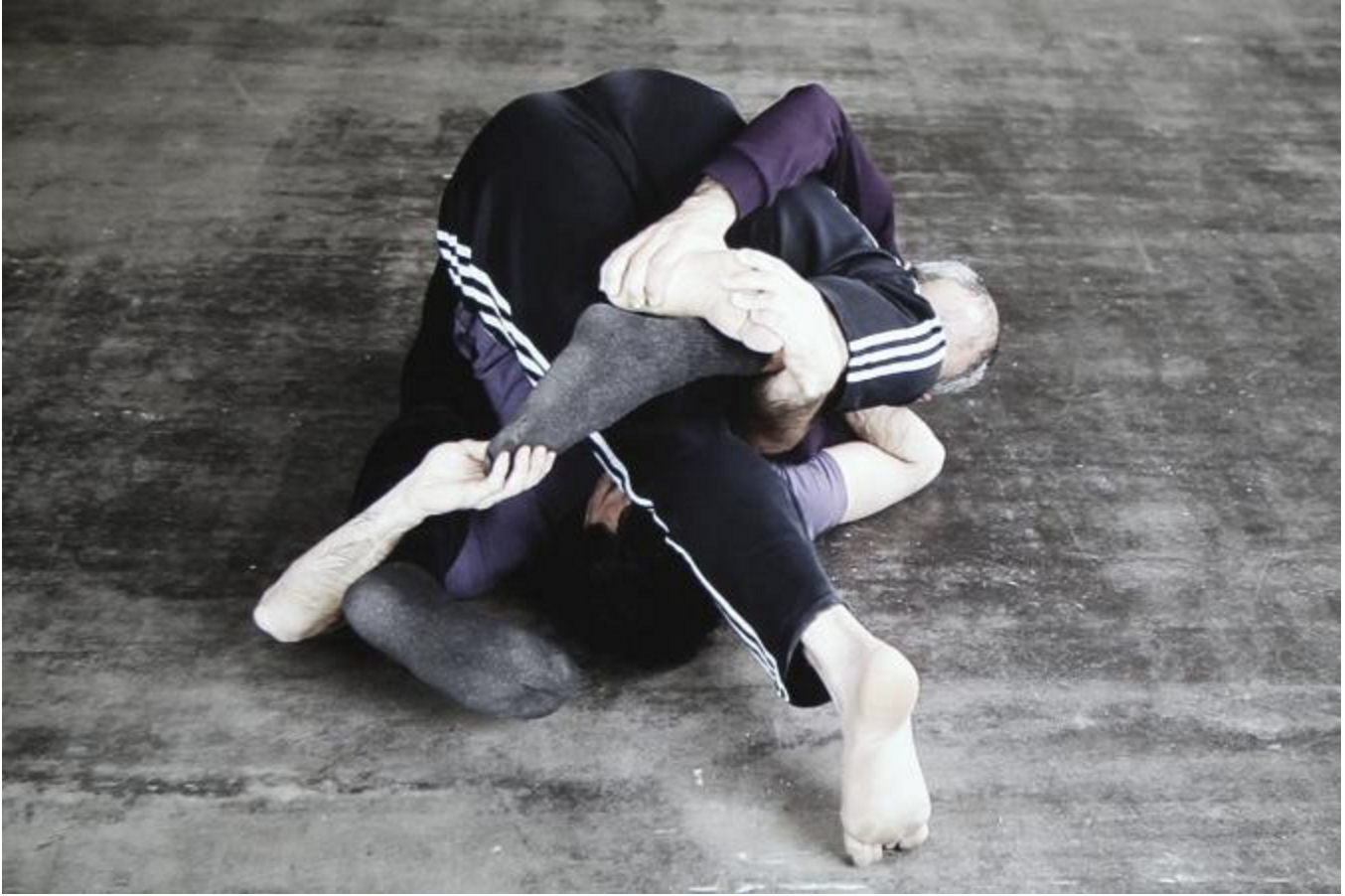 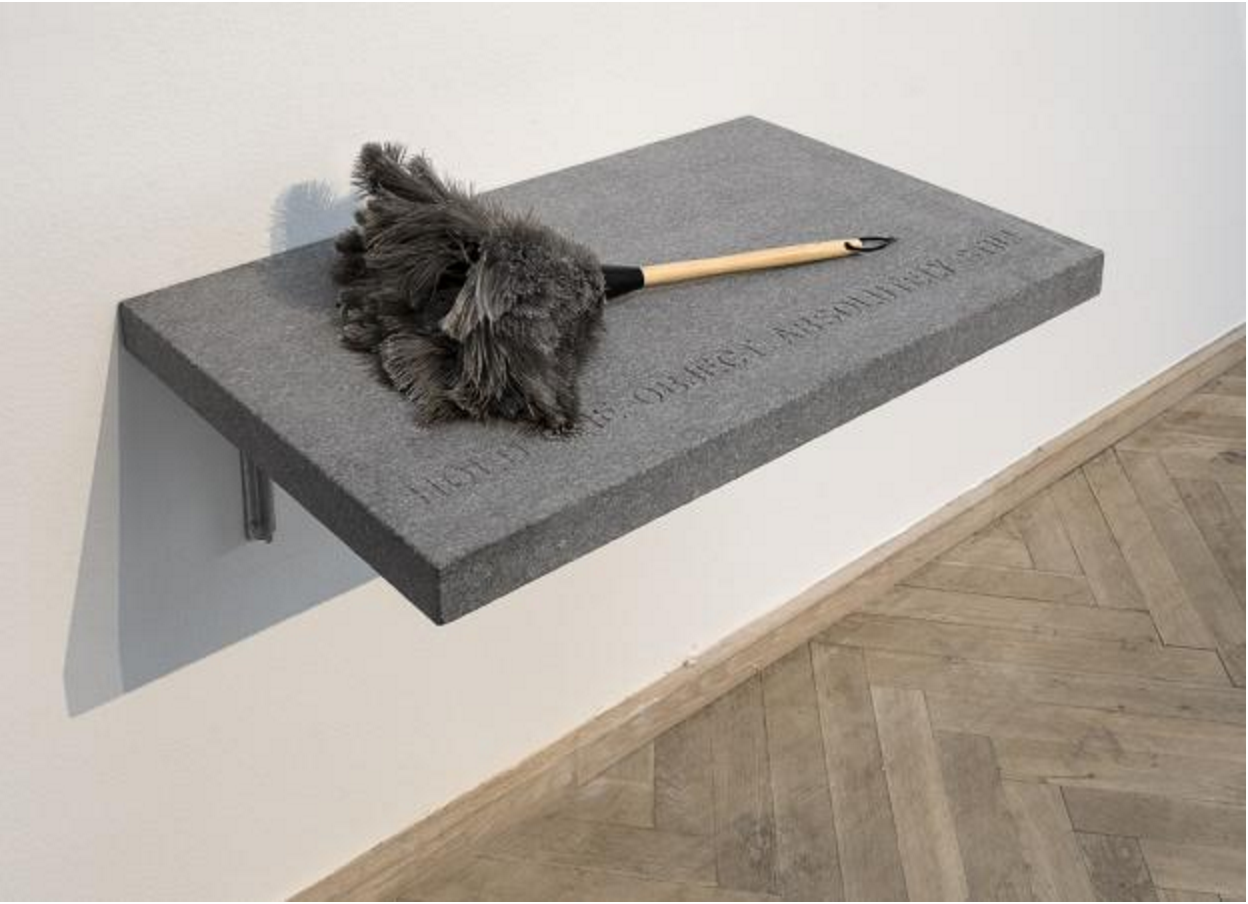 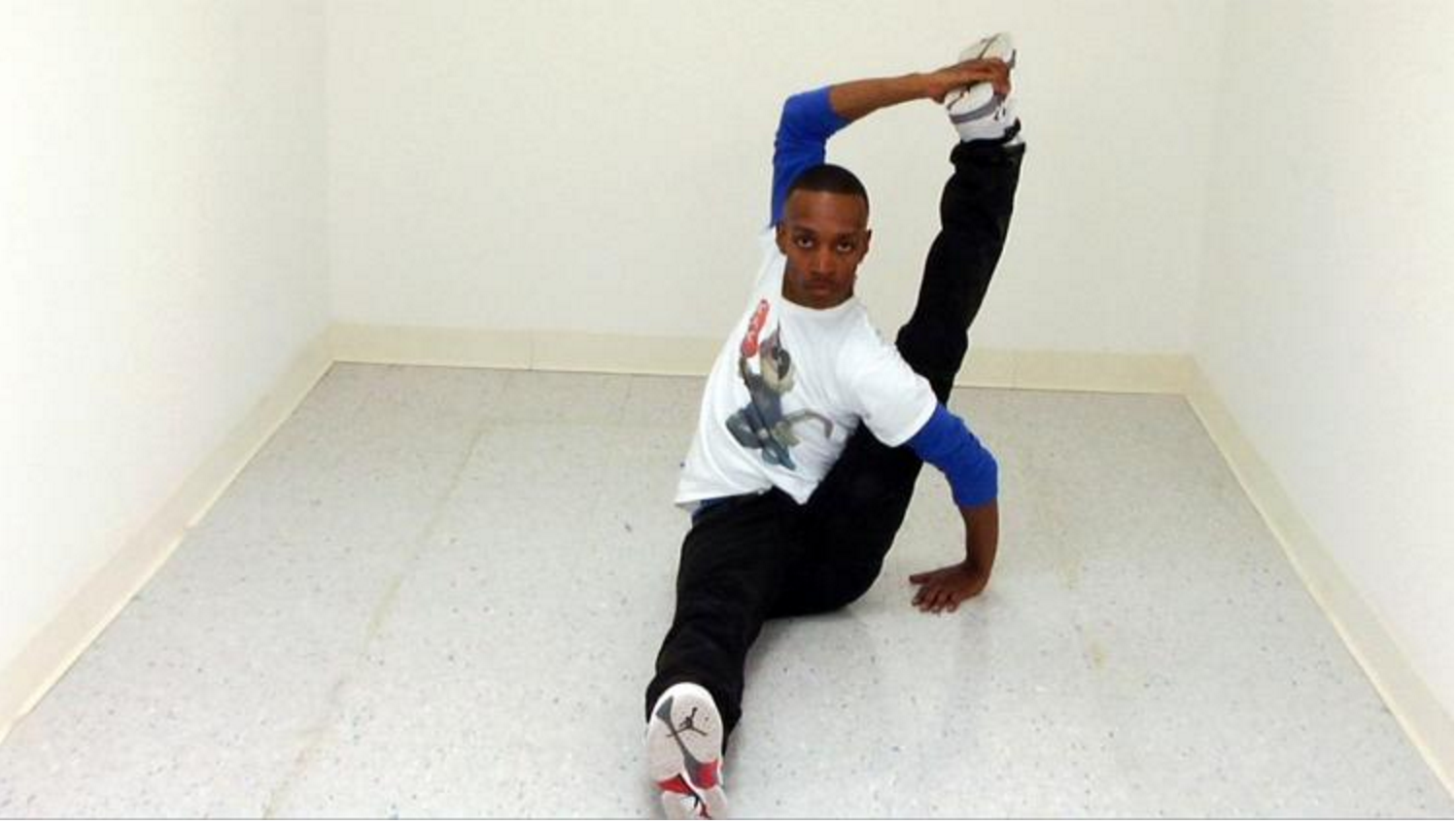 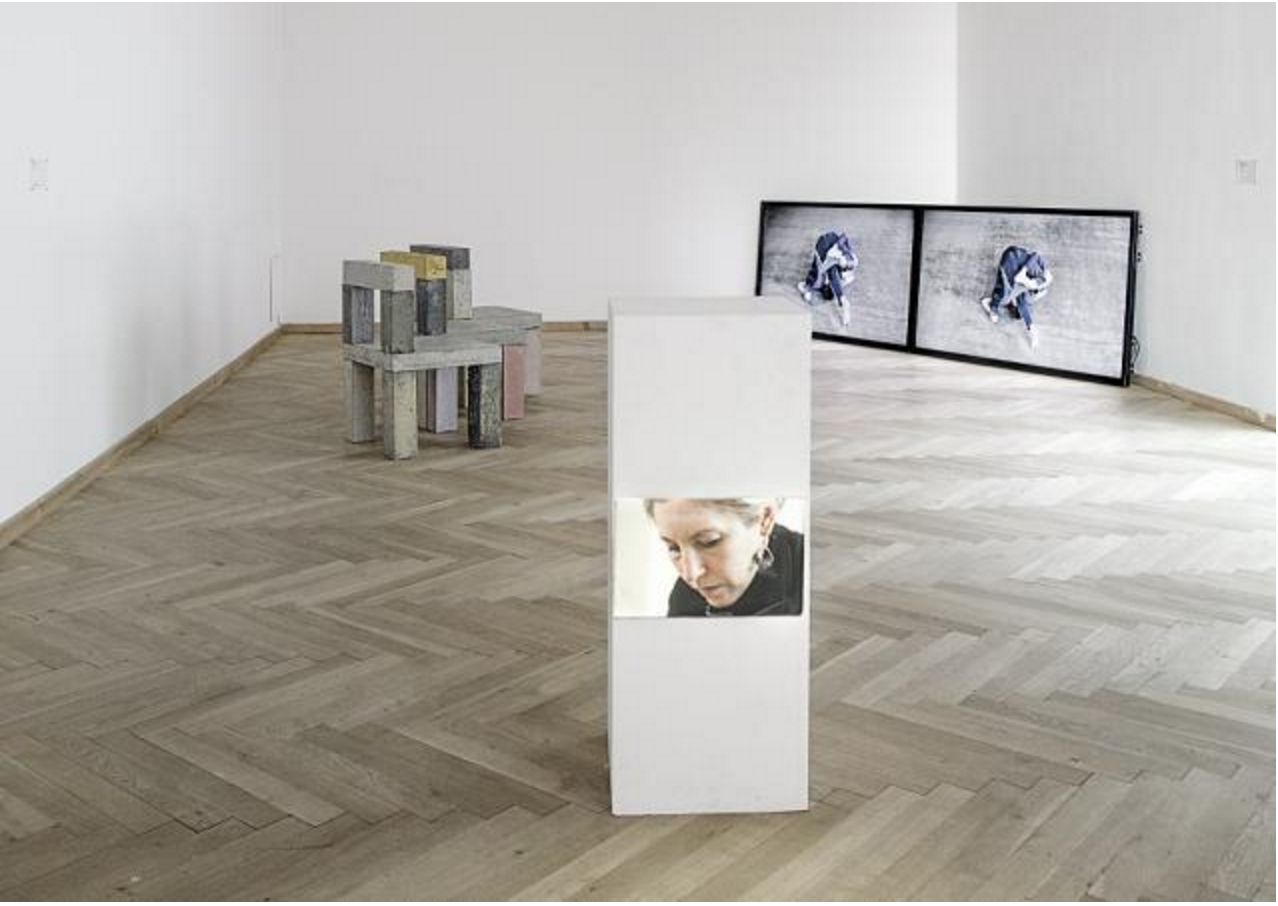 HJ: In many of your reviews and essays, you’re not afraid to take a strong, personal stance or make a qualitative judgment; a refreshing change from many of the reviews currently being published. How do you approach reviewing an exhibition or event?

MK: I enter this complex matrix of factors surrounding any exhibition or event as you call it, consisting of structural specificities, economies, institutional aspects and desire. I always assume that whoever is involved has made a great effort and I take people seriously. I thrive inside of that matrix and I like to call out bullshit when I see it, and then I like the act of writing itself and the idea of having readers. Perhaps that is what feels refreshing more than the judgement, which I think is quite often very present in Scandinavian criticism. But still, art criticism is such a weird field. Everybody claims to want it and insists that it is important for the arts, but it is still quite an under-prioritised field – in Denmark at least. Where are the writing grants from the Arts Council and where is the comprehensive research looking at the history and influence – or lack thereof – of art criticism in the region, I wonder…

HJ: Can you tell us about a few recent curatorial projects and/or ideas that you are currently researching?

MK: I just started to dive back inside a project that I began some time ago regarding local feminist left wing amateur cabarets in the 1980s – I have no idea what that will become and it’s very exciting.
Currently I am involved in publishing a series of 12 performance scripts by a number of Scandinavian artists under the name Scripted!! – a project that I am undertaking in collaboration with artist Trine Mee Sook-Gleerup, curator and critic Maria Bordorff and the Norwegian graphic designers and publishers Eller med a. I couldn’t live without Guattari Reading Circle that I am doing with artist Arendse Krabbe and with whom I hope to be travelling to Brazil this year. And I will make work at Ovartaci Museum in Risskov later this year with her and artists Katrine Dirckinck-Holmfeldt and Nina Wengel. With the Berlin based publisher Broken Dimanche Press, artist Honey Biba Beckerlee and I are working on a project revisiting our counterfactual dog-obsessed political romantic comedy, which will hopefully involve some German voice-over actors. Plus I will be doing some curating that I cannot reveal too much about at the moment.

HJ: You’re coming to Stavanger as the first CAS resident. What about Norway / the Stavanger region interests you, and do you have any specific focus or goals for your time here?

MK: Norway is a mythical land of fire and ice (oil and (Jon) snow) and I tend to idolize this place of endless funding and institutions run by people who know about and care for art. I know nothing.
Apart from that mythological excitement, I am interested to see which institutions and artist-run initiatives constitute the fibres of the local art scene in Stavanger and to meet as many artists and other practitioners as possible. And then I have a feeling that this residency and Stavanger as a topos could allow for a non-traditional form of writing, less on par with the typical article or piece of criticism.

Mathias Kryger (DK, 1977, Holbæk, lives in Copenhagen) works as a curator, artist and art critic, living in Copenhagen. Ze recently curated the exhibition William Forsythe – In the Company of Others at Kunsthal Charlottenborg featuring works by William Forsythe, Gerard Byrne, Sturtevant, Bruce Nauman and Manon de Boer among others, and was the curator for the degree shows of the Funen Art Academy and The Royal Danish Acdemy of Fine Arts, Shools of Visual Art in 2016.

Ze is an art critic with Danish daily Politiken and is a regular contributor to the Scandinavian online arts press Kunstkritikk.dk. In zir artistic work, Mathias Kryger studies the potentials for molecular revolutions (borrowing from the French radical philosopher and psychotherapist, Félix Guattari), focusing on the concept of performance understood as: (caramelised) competition; achievement; administration; execution; pursuance; collectivity; disagreement and resistance.

Ze has contributed texts to numerous publications and catalogues.