CAS is thrilled to announce Mathias Kryger (DK) and Dylan Gauthier (USA) as the 2016 CAS Residents. We look forward to welcoming them to Stavanger in the coming months. Stay tuned for further profiles on the upcoming residents, and their plans for their research and activities in Stavanger. 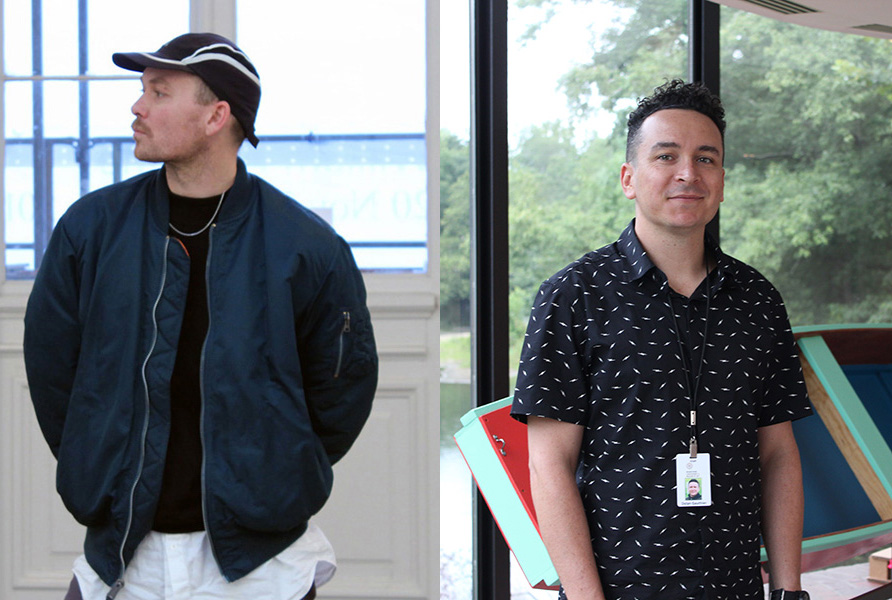 Mathias Kryger (b. Holbæk, DK) works as a curator, artist and art critic, currently based in Copenhagen. Ze recently curated the exhibition William Forsythe – In the Company of Others at Kunsthal Charlottenborg featuring works by William Forsythe, Gerard Byrne, Sturtevant, Bruce Nauman and Manon de Boer among others, and was the curator for the degree shows of the Funen Art Academy and The Royal Danish Academy of Fine Arts, Schools of Visual Art in 2016.

Ze is an art critic with the Danish daily newspaper Politiken, is a contributor to the Scandinavian online arts press Kunstkritikk.dk, and has contributed texts to numerous publications and catalogues. In zir artistic work, Mathias Kryger studies the potentials for molecular revolutions (borrowing from the French radical philosopher and psychotherapist, Félix Guattari), focusing on the concept of performance understood as: (caramelized) competition; achievement; administration; execution; pursuance; collectivity; disagreement and resistance.

Dylan Gauthier (b. Santa Monica, CA) is an artist, curator, and writer who works through long-form projects to engage with ideas of ecology, architecture, collectivity, time, media and networks, participation and utopian systems. His work explores openings in the built environment – be they post-natural wilderness sites or digital landscapes – with an eye towards producing new interactions with overlooked or neglected spaces or architectures of desire. Gauthier holds an MFA in Integrated Media from Hunter College at the City University of New York (CUNY), where he currently teaches courses in emerging media (theory and production).

Gauthier has participated in exhibitions and presented projects at the International Studio and Curatorial Program (ISCP), the Carpenter Center for the Visual Arts at Harvard University, EFA Project Space, MoMA PS1, MASS MoCA, the Walker Art Center, the Bronx Museum, Flux Factory, Stacion Kosovo, the Chimney, Parsons/the New School, the Columbus College of Art and Design, 80WSE Gallery at NYU, and the Neuberger Museum of Art at SUNY Purchase.

In 2014, along with Juliana Driever, he co-curated the 2014 Art in Odd Places festival of public art in New York City, and received a Wave Farm/MAAF award for the composition Fabric/Fragment of an Urban Wilderness (2013). He was the 2015 NEA supported Ecological Artist-in-Residence at ISCP, a resident at the Blue Mountain Center, and a visiting artist at Haverford College, as well as at the Institute for Hautes Études en Artes Plastiques (iheap) in Paris and New York City. Gauthier is currently the inaugural artist-in-residence at the Brandywine Conservancy & Museum of Art, and an Emerging Artist Fellow at Socrates Sculpture Park.

Thank you to all who applied for the 2016 CAS Pilot Residency! We had an overwhelming amount of applications, and look forward to continuing our collaborations with researchers, critics, and curators in the coming year.