Artist and writer Samuel Brzeski visited Stavanger this fall as one of the 2022 CAS Residents in Art Writing. In the below text, Brzeski challenges the format of the proverb, and describes the disintegration of proverbial wisdom as a lens through which he views his time in Stavanger. This text is closely related to his following text, "Well begun is half done". 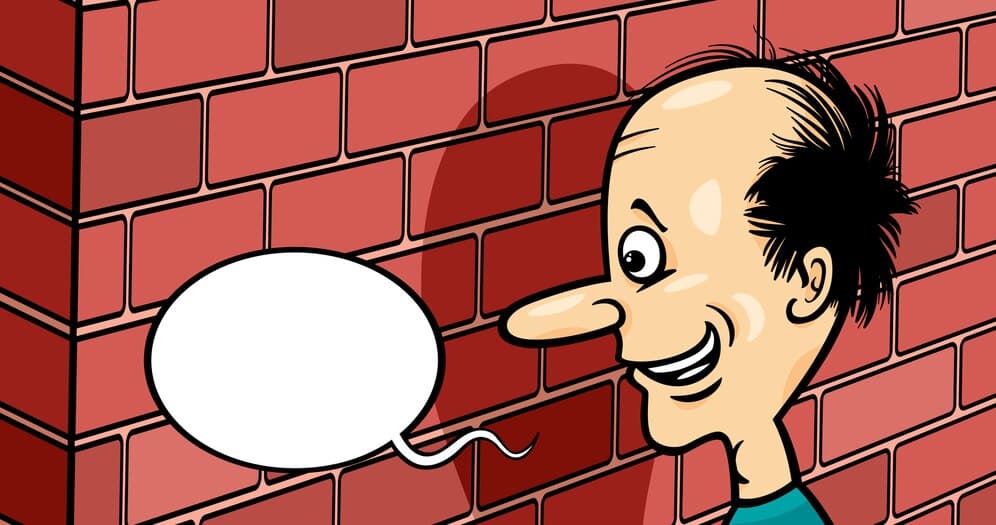 In the small English language section at the back of a busy second-hand bookshop on Pedersgata, I discovered a three-volume set titled The Oxford Library of Words and Phrases. Bound in imitation leather and collected in a sturdy cardboard slipcase, the collection was set in a deep regal red that emanated academic prowess. On the slipcase itself was a simple yellow line drawing framing the lightly serifed title. The line drawing was of a relief and columns in the style of classical antiquity, bringing further intellectual machinations to mind with its allusions to Renaissance-era grandeur.

The three-volume set contained a primary volume of “Quotations”, a secondary volume of “Proverbs” and a larger tertiary volume of “Word Origins”. Unsure as to how an English language reference collection such as this ended up within the confines of a little shop that predominantly sold a mix of titillating collections of soft-core erotica, bloated series of bottom shelf Sci-fi and weak pastel tones of young adult literature, I promptly purchased it. Relatively happy with my find, I exited the shop with copies of Guillermo del Toro and Chuck Hogan’s vampire apocalypse novel The Strain, and an English language translation of Linn Ullman’s autofiction Unquiet also in tow.

Of the three volumes, it was the second volume of “Proverbs” that I found to be the most alluring. Up until this day I had found proverbs, idioms, clichés and other such repetitions of language to be mildly annoying, and I was looking forward to leafing through this book and being mildly annoyed.

In Proverbs: A Handbook, Wolfgang Mieder, scholar in paremiology (the study of proverbs) defines proverbs as such: “Proverbs fulfil the human need to summarize experiences and observations into nuggets of wisdom that provide ready-made comments on personal relationships and social affairs.”

Bartlett Jere Whiting, in The Nature of the Proverb, adds: “A proverb is an expression which, owing its birth to the people, testifies to its origin in form and phrase. It expresses what is apparently a fundamental truth—that is, a truism—in homely language, often adorned, however, with alliteration and rhyme. It is usually short, but need not be; it is usually true, but need not be.”

Ready-made rhyming repetitions of true but maybe not true statements packaged in a homely language. OK.

The very nature of the ready-made means that a proverb is locked into place. There is a right way and a wrong way of saying a proverb, and language, as a continually evolving and impermanent structure, needs space to move. Instead of activating the affectual system, by reciting a proverb the collective tongue slides in with a sense of smug satisfaction, wrapping its wet meaty muscle around all members of the conversation, allowing little or no space for movement. When language is cornered within the confines of the proverb, there is no way for it to go but up, expanding into the rhythm and the intonation of the saying.

In this restrictive manner, proverbs to me presented a masculine control of language. Masculine in the respect that they do not allow for any emotional variance, wavering, or individualised articulation. Instead, a complete system of control presents a rationalised prerequisite set of possible linguistic communicational outcomes for the speaker.

Historically, proverbs have been used in battles of wit and as argument enders. A kind of large righteous authoritarian hand coming down from the sky, a deus ex machina of the perfectly balanced sentence. There are even some records of archaic legal situations in which proverbs have been used to decide the fate of trials and other judicial proceedings, performing justice with a rhyme. Add to this level of control the fact that nearly all the vanguards of the proverb—the scholars of paremiology—appear to be male.

Perhaps this is why proverbs had annoyed me so much. The assumed and seemingly arrogant masculine irrefutability based upon a supposed higher wisdom. A purported “wisdom” that in some instances is positively mind boggling, and in others appears to lack any empirical ground. This coupled with the arrogant and the knowing glance of the speaker—a raised eyebrow or two and a tilt of the head—urging both parties of the conversation to submit themselves to the overarching voice of universal authoritative reason.

Replying to or refuting the gist of a proverb can be quite challenging. Attempting to reject their culturally accepted message would go against an ingrained code. This is buttressed by their undeniable rhythmicity: their vibrational and rhythmic flow. As they have been passed down word by word and therefore subjected to the refinement of generations of orality, proverbs slip off the tip of the tongue in an all too luxuriant manner. A retort to the rhythmic flow of a proverb would require that the speaker meet the proverb on the same sonic level of a perfectly formed spoken sound bite. This is ultimately unachievable, as the speaker would have only milliseconds for their internal voice to test this potential for sonic symmetry and mellifluous rhythmicity. An internal voice that would be simultaneously occupied with the cognitive processes of collecting the various words from the various mental drawers and nodes. There is no way that this isolated inner voice can compete with the large volume of overt voices that have been trying out the phrase of the proverb over generations; testing out the assonance, placing the plosives in the most pleasing of ways, ensuring that it rings true enough to resound within the memory. It is a losing battle from the outset.

But what about taking this rhythmic refinement by the collective tongue as a poetic device in itself?

Mladen Dolar, in his post-Lacanian investigation into the position of the “object voice”, A Voice and Nothing More, writes, “I am tempted to say that, on the whole, proverbs make more sound than sense.” Dolar’s provocation draws attention to the primary oral quality of proverbs: the rhythmic arrangement of their progression, a focus upon assonance and balance within their construction, elements of repetition, and ultimately a primacy of vibratory affect in order to imbue meaning. These are sayings that have been subjected to a collective refinement of the social tongue after all, chiselling off the gristle.

Rather than seeing proverbs as institutionalized restraints or projectiles of knowledge that reduce language, perhaps I could see them as vibrational intonations that sit beyond sense, with the possibility to create new meanings. Proverbs instead could be liberated as sonic devices that are open to poetic manipulation and transformation, leaving the shackles of confinement behind.

This is most evident when a proverb is subjected to a slip of the tongue, or a broken process of social telephoning, in which the speaker truly believes that their misspoken repetition is the intended articulation. These types of malapropisms—due to either some error in memory recall, lack of understanding of the proverb at hand, or genuine belief in the validity of the erroneous recital—can completely reverse the entire trajectory of the proverb, changing the nature of its meaning so significantly as to act against its original intent, all the while providing humorous results.

The poetic potential of the proverb lies most latent in these instances of misremembrance, in the errors of recital, or when deployed in situations that do not fit the proverb’s implied intent. Despite, or maybe because of, the controlling nature of the restriction of the form of the proverb, I do take some guilty pleasure in its recital, especially in an erroneous context. But it is not a pleasure in the imparting of the message or of the passing down of archaic wisdom, but rather a pleasure in language’s ability to make more sound than sense.

Lacan called this jouissance in the use of language lalangue, a fusion of French of signifiers, merging the article la and noun langue (an insufficient translation into English is llanguage, which I feel totally does not do the job phonetically or rhythmically). My understanding of the illusive concept of lalangue is that it inhabits the acoustic level of speech that lies in the foundations of language: within the individual sounds before sense is necessarily attributed, in the abstracted or confused liminalities of language — the homophones, the parapraxis and the polysemy—in which a multiplicity of meaning can come forth that is not necessarily preconsidered or intended by the speaker.

Mladen Dolar defines how “the erratic nature of lalangue” can then be “taken as the material for poetic effects; it functions as the source of repetitions, rhythms, rhymes, sound echoes, metric patterns—all the complex panoply that produces the enchantment of poetry. Lalangue is the source of an aesthetic effect which stands apart from the referential or informational function of language; it is its side-effect, which can then present the problem of establishing another kind of codification than the linguistic one.”

Listening here can then be taken as being on the lookout for sense, perhaps where there is none. But sense is not only found within the semantic code of signified and signifier, as concrete concepts and indicators. There is sense in the fluctuation of the voice, in its oscillations between signification and sonority. There is sense in the rhythmic intonation of sustained repetition, in the sound beyond sense.

Taking this other kind of codification, I now enjoy the process of allowing proverbs to slide around in my mouth, testing them for variance and the potential for slippage, bringing forth new meanings. If you repeat any word enough times, the sense can slightly slip off as it is reduced to its phonemic content and rhythmic structure.

Quite enchanted by this reversal of thought from proverbs as masculine authoritarian representatives of the repression and confinement of language to proverbs as rhythmic keys to the musicality of colloquial speech that are open for creative manipulation and poetic deconstruction, I resounded to frame the remainder of my experiences within the city through the lens of proverbs.

Samuel Brzeski is an artist and writer who works with language as raw material — through text, the voice or otherwise performed. Recent exhibitions and performances include  Meta.morf Biennial (Trondheim), Østre (Bergen), The Norwegian National Museum (Oslo), Galleri Box (Gothenberg), Chao Art Centre (Beijing) and bb15 Space for Contemporary Art (Linz). He also co-runs the art-writing collective and publishing platform TEXST.
Samuel is based in Bergen, Norway.