This June, New York-based curator and writer Rachael Rakes will join us in Stavanger as the first of two 2017 CAS Residents in Art Writing. In both process and result, her work is deeply engaged in research, criticism, publication, collaboration and experimentation. Below, Rakes talks with CAS about her approaches to curating, criticism, teaching and her upcoming residency in Stavanger. 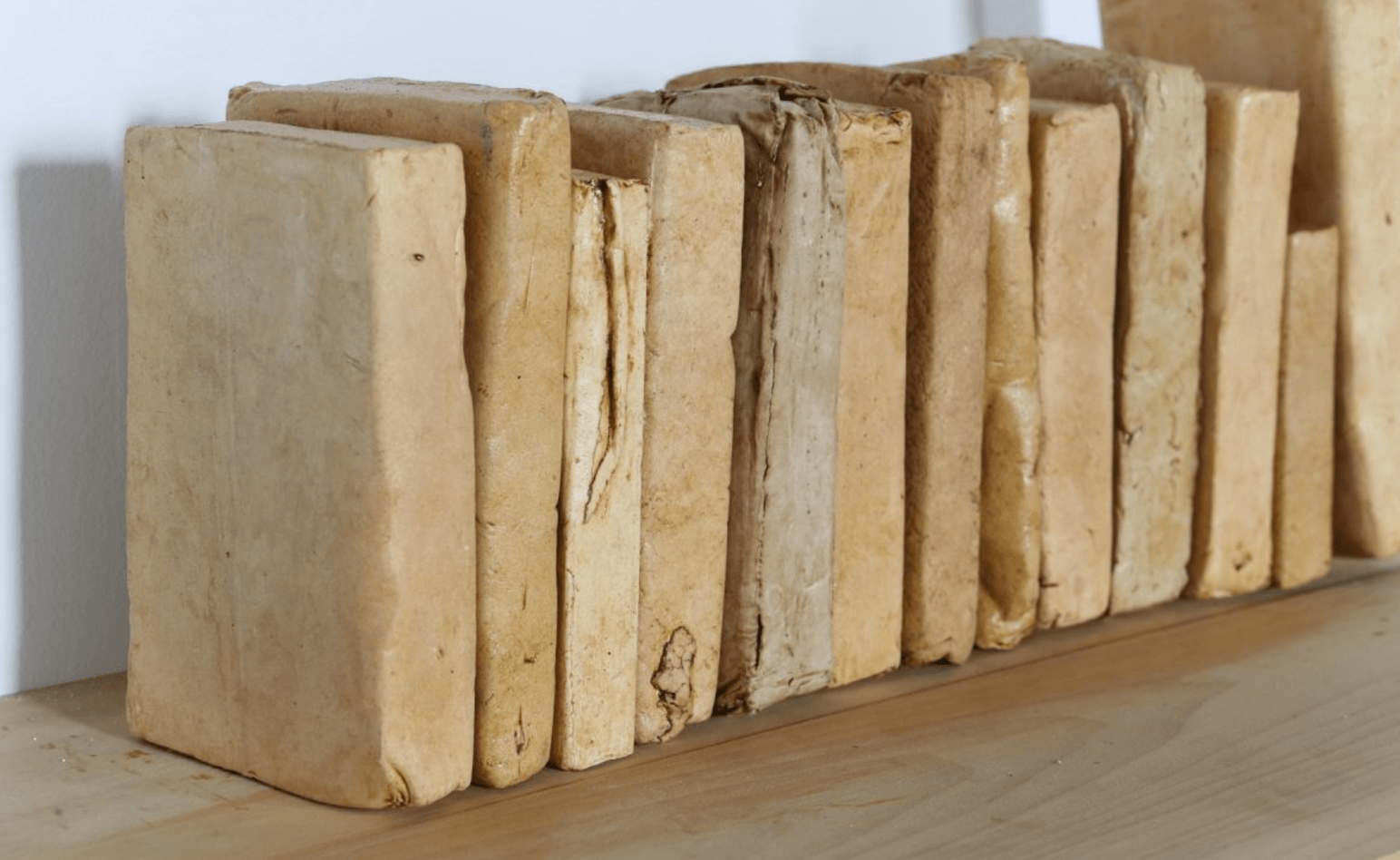 Heather Jones: Can you tell us a little bit about your background and what led you to curating and writing? You are a graduate of the Center for Curatorial Studies at Bard College. Were you already working within the curatorial field before your studies?

Rachael Rakes: Before going to Bard I had fairly extensive experience as an editor, critic, and programmer of film/video and discursive events. I also had a decade of experience in independent book publishing. In the years preceding CCS I started to become increasingly interested in discourses of contemporary art, particularly its responses to and involvement in politics, activism, and historical research. I also found myself desiring to work more in different spaces and contexts, and with a greater diversity of artists and researchers. I had the opportunity to begin testing some initial ideas at a project space in Brooklyn called Heliopolis, which I ran with a group of artists from 2012-2014. Additionally, I had worked on multimedia installations while I was an Assistant Curator at the Museum of the Moving Image from 2010-2013. 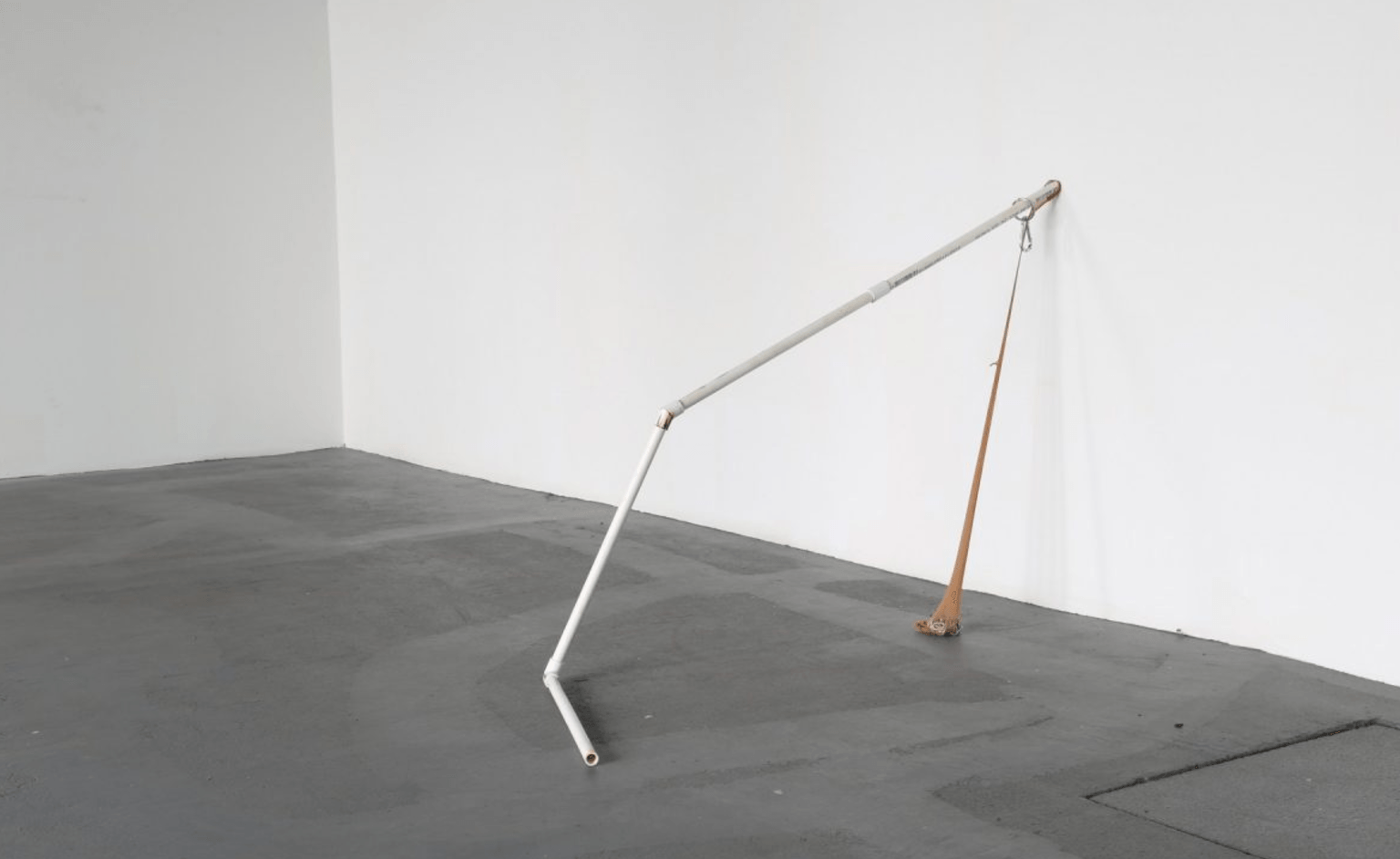 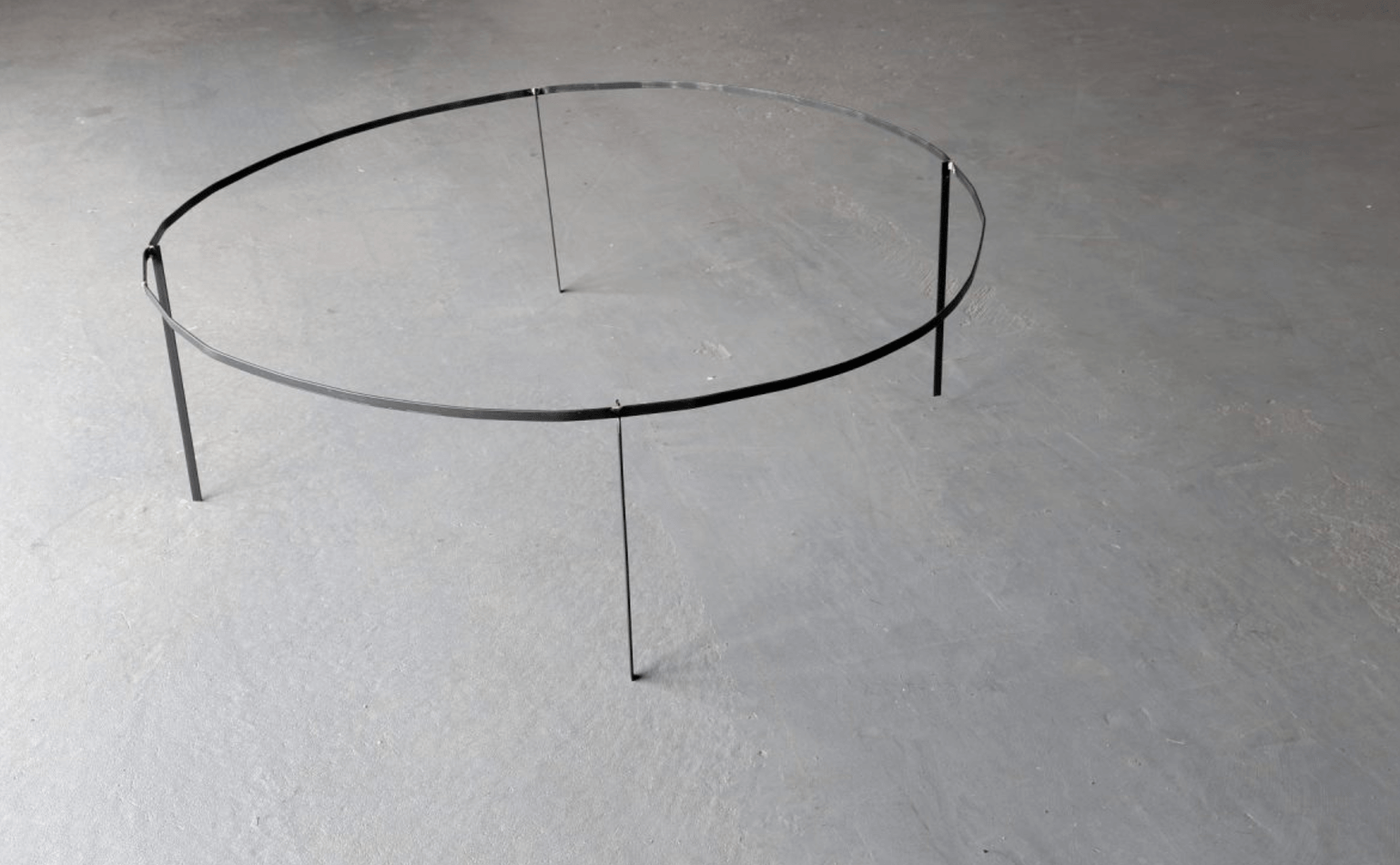 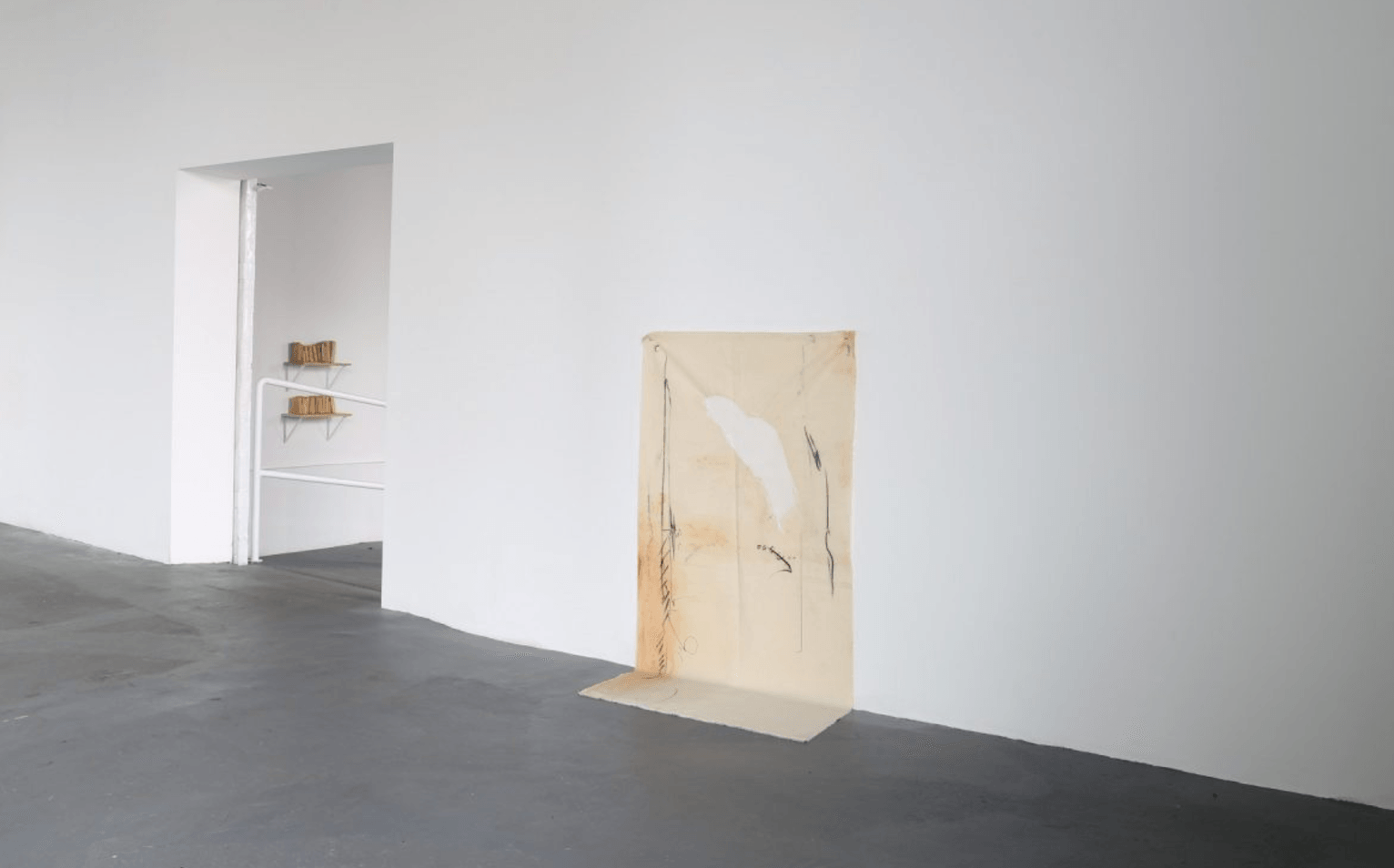 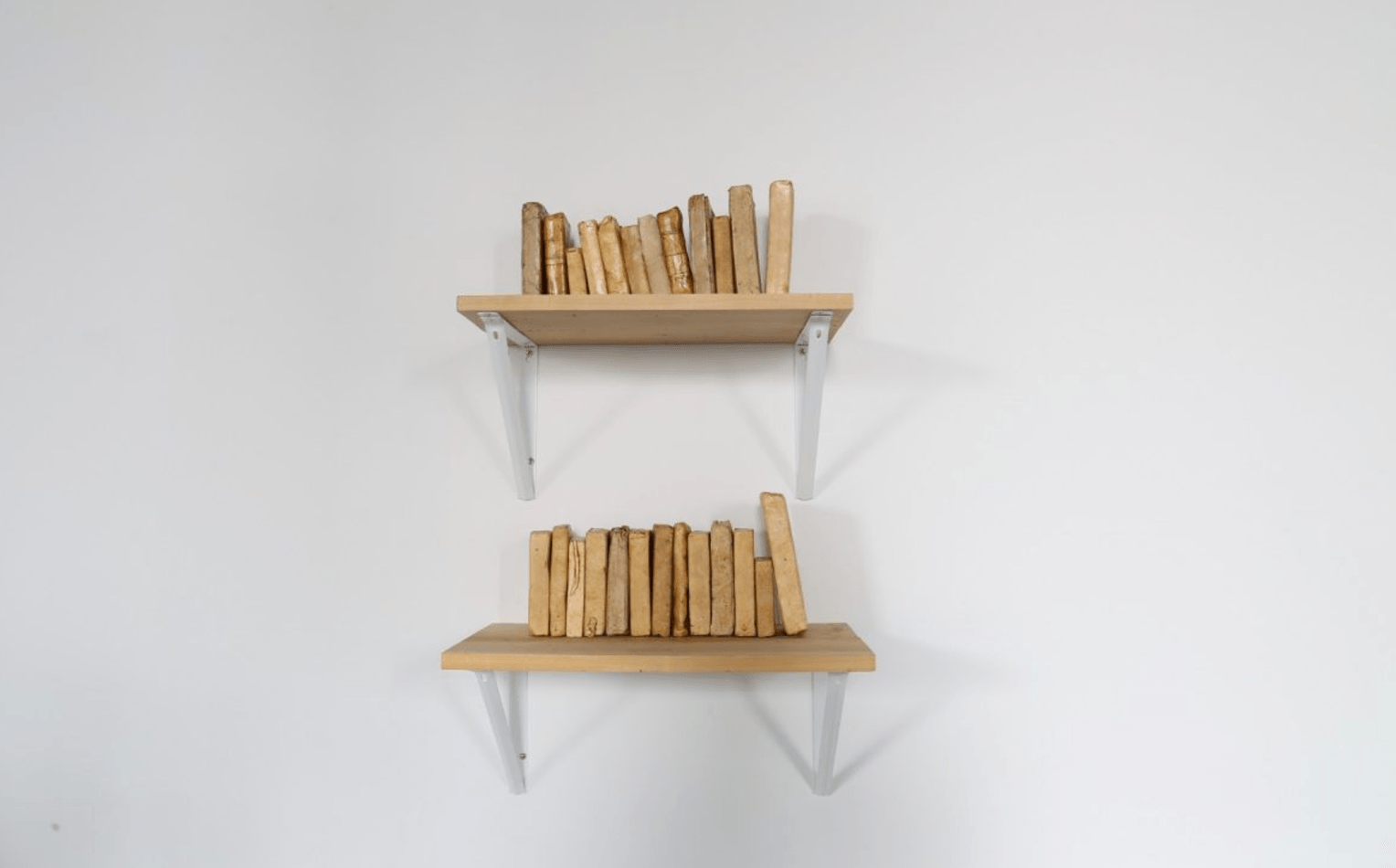 HJ: You recently opened a new exhibition, Formal Complaint, at Knockdown Center in New York, which revolves around concepts of formalism through architectural sculpture, scrap materials, and craft. How would you describe your curatorial process from conception to final exhibition? Does it begin with an idea, an artist or specific artwork?

RR: In my work as an independent curator I often need to alter that process according to context – around the conditions of the organization I’m working with, timeline, budget, capabilities, limits and possibilities of the space. In this case, I was approached by the previous exhibitions manager at Knockdown Center to propose any kind of exhibition that might work in their space. I had wanted to collaborate with my friend and fellow curator and critic Dana Kopel, so asked her to join me. We spent a lot of time freely and informally thinking about the space, which is a sprawling former furniture factory with both finished and unfinished areas, and artists who had been on our minds of late. We wanted to work with artists who responded to architecture and materiality, but who eschewed a polished look in favor of resourcefulness and feeling. In general, I prefer to work in collaboration. With the right people it makes the work more rewarding, and often allows for more possibilities to come forth. It also makes a lot of the excessive admin around curating a show a little easier to handle, as its not done in isolation.

HJ: Much of your curatorial and writing experience has been focused on film, including work with the Film Society of Lincoln Center and the Museum of the Moving Image, to name only a few. What drew you to this media specifically?

RR: I have long been interested in the unstable identities of film as art, propaganda, reportage, and entertainment, and in how the medium doesn’t precisely rest well anywhere. I have often found moving image discourse (at least outside of academia) to be insufficient in contending with film as art, let alone the politics around the making of film and video works. So, a part of my research in film and video art is about trying to place this work in more rigorous discourse, and detaching it from a solely medium-specific identity.

HJ: In addition to curating, your work involves teaching and writing for publications such as Artforum, Art-Agenda, and the Brooklyn Rail. Did one of these roles come first, or do you consider the practices of curating, teaching and criticism part of an intertwined whole?

RR: I started writing fairly young, first with short book reviews and little journalistic pieces. I don’t have a writing background, and received a pretty poor general education, so that came by slowly and torturously. As far as my mix of occupations now, I find teaching, curating, and writing to be complementary endeavors, with the research and activities of one bettering the other, often in unforeseen ways. I’ve found syllabus making especially to be helpful in synthesizing the many things I see and read into larger ideas. Course development creation helps to give shape to research, and then the teaching challenges it.

HJ: In 2014 you received a Creative Capital/Warhol Foundation Arts Writers Grant for Distant Present, your forthcoming book on the filmmaker Peter Watkins. Can you describe your research for the book?

RR: The book, which I’m co-writing with Leo Goldsmith, focuses on Watkins’ collaborative practices – in working with both radical content and with a radical approach to casting and production – his media critique, and the unique formal structure of his films. We have visited several film archives, researched in Watkins’ home archive in France, and spoken with many of his collaborators from different stages of his career. We are now in the writing phase, and hope to have a draft by next year.

HJ: You will be in Stavanger as a CAS Resident this coming June. What about Norway and the Stavanger region interests you, and do you have any ideas for a specific focus or goals for your time here?

RR: I had the opportunity to visit Bergen and Oslo for a few weeks last summer: Bergen in order to attend and write about the Bergen Assembly, and Oslo to conduct research for the Watkins Book. This provided a brief introduction Norway’s institutions, artists, and environment that I’m looking forward to further informing with this residency. I’m also excited to explore the natural environment more, as this appears to have a profound and unusual effect on much of the artistic and critical work conducted in the region.

HJ: Do you have any other research or upcoming projects that you can tell us about?

RR: I’m currently researching for an exhibition that will take place in Miami this autumn. It focuses on contemporary artists who communicate political and historical phenomena through abstract forms. I’m placing this current work in the context of a century of political abstraction from different parts of the world, with an emphasis on Latin American movements like the Geometric Abstraction and the Neo-Concrete. I plan to speak about this project a bit at a lecture I’ll be giving during my stay in Stavanger.

–Editors note: Rachael Rakes will present her curatorial work at Prosjektrom Normanns on June 15th at 19.00.

Rachael Rakes is an independent curator, critic, and teacher based in New York. She is currently a BHQFU Fellow at Art Center/South Florida in Miami, and was recently a Curator-in-Residence in the CPR: Mexico program. Rakes is an editor for the Brooklyn Rail, an Editor at Large for Verso Books, and has written criticism in numerous outlets, such as Art-Agenda, Artforum, and the Village Voice. Rakes is a Programmer at Large for the Film Society of Lincoln Center, and has organized exhibitions recently for the Knockdown Center, International Studio & Curatorial Program (ISCP), Malmö Konsthall, and Heliopolis Project Space. With Leo Goldsmith, Rakes is at work on a book on the collaborative practices and media critique of radical filmmaker Peter Watkins, which received a 2014 Creative Capital/Warhol Foundation Arts Writers Grant. Rakes holds an MA from the Center for Curatorial Studies, Bard College, and recently taught a course entitled Documentary Aesthetics in Contemporary Art for Harvard Summer School.