Yngve Holen’s exhibition Extended Operations at Rogaland Kunstsenter (Rogaland Contemporary Art Center) last August was the Stavanger-born artist’s first large solo exhibition in Norway. Holen has attracted international attention in recent years for his artworks characterized by an interest in the relationship between man and technology, touching upon issues of how technology sets new conditions for our lives and world. 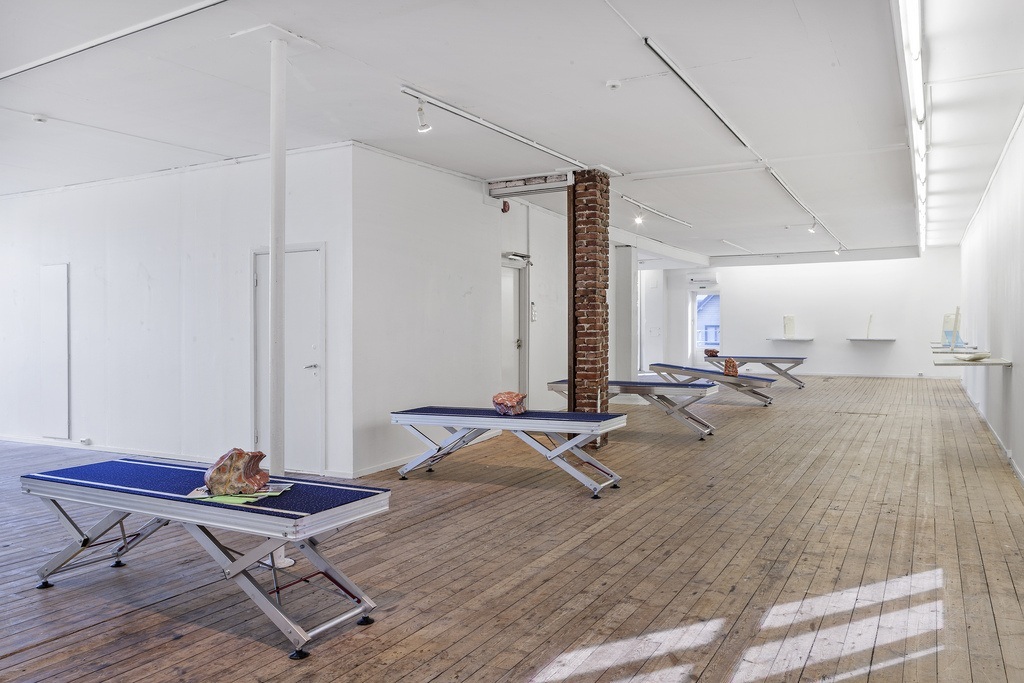 Extended Operations presents two series of artworks that run in parallel through the exhibition space. One consists of stretcher-like structures lined up on the floor, dressed in a carpet that alludes to an airplane’s center aisle. Each of the ‘stretchers’ are adorned with a hunk of meat, which in reality is marble cut with computer controlled lasers. The second series presents white, 3D-printed renderings of damaged cellphones on a row of shelves mounted on the wall.

The exhibition draws heavily from the field of aviation, but the exhibition is in no way limited to aircraft technology. Planes move people and goods. But the advent of man-made flight changed not only logistics, but also how we see and represent ourselves. The shifts in how humans, goods and information travel and the resulting consequences in a broader social context are also discussed in the exhibition and its accompanying catalog.

Art critic Stian Gabrielsen wrote extensively about Extended Operation in Kunstkritikk (translated from Norwegian by us):

The title is short for Extended Range Twin Operations (ETOPS), and refers to a change in international aviation law. From the mid-eighties, it was made ​possible for ETOPS twin-engine aircrafts to fly longer distances than was previously allowed, a change that resulted in a drastic reduction in the cost of long distance flights. The increase in international air travel over the last few decades has inevitably led to a weakening of local ties, not least in regard to art and artists. Holen, who has been featured several times on the leading international photo blog Contemporary Art Daily before making his debut in his hometown, is himself a striking example of such a “deterritorialized ” oeuvre.

When abstracted from a body that puts it to work, the meat becomes incomplete and passive. It is literally and figuratively “raw material”. If one imagines Holen’s plane as a proxy for the prosthetic technology on a more general level, the conclusion will be that this raw material equals the technology’s user.

In Extended Operations this subject has undergone a double reduction or cut-out: The butcher has first quartered the animal in accordance to a form where the body is reduced for culinary purposes, then the piece of meat has been scanned and reduced to a three-dimensional coordinate system, which has then been cut out in marble. Although a traditional sculptor, in the same way as the digitally controlled laser cutter, works subtractively and forms the sculpture by removing surrounding material, the digitization process represents a telling difference: the digitization splits the meat’s analog and uninterrupted surface into digital information – that is numbers.

Slightly tendentiously, the digitization can be thought of as a transition from an image of man that is based on our intuitive recognition of what we are, to one where advanced neuroscience has completely written off the subject as we know it. There is still much work left to do before the mapping of the brain can provide us with a complete neurological account of our cognitive functions and thus explain (or rationalise) human consciousness.

Holen’s 3D scans show an instrument that is not sufficiently refined. If we pursue the above analogy, he thus depicts the conflict between the human and post-human paradigm as a kind of temporary equilibrium, where it still leaves little doubt about where we are headed. This underlying pessimism is however understandable. After all, what role does art really play in a totally demystified and mechanistic world, other than as a flicker of old confusion, forced to churn out an infinite line of metaphors for a dismembered and paralyzed subject (precise metaphors though, in Holen’s case)?

Continue reading the complete article here, (in Norwegian only)

More images from the exhibition, here. 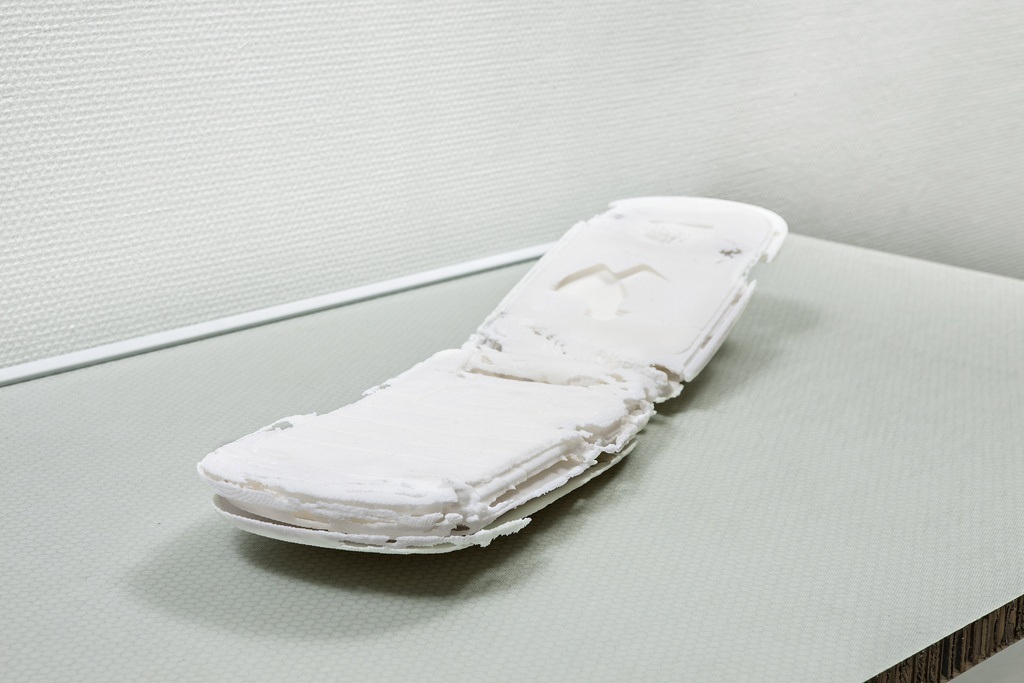 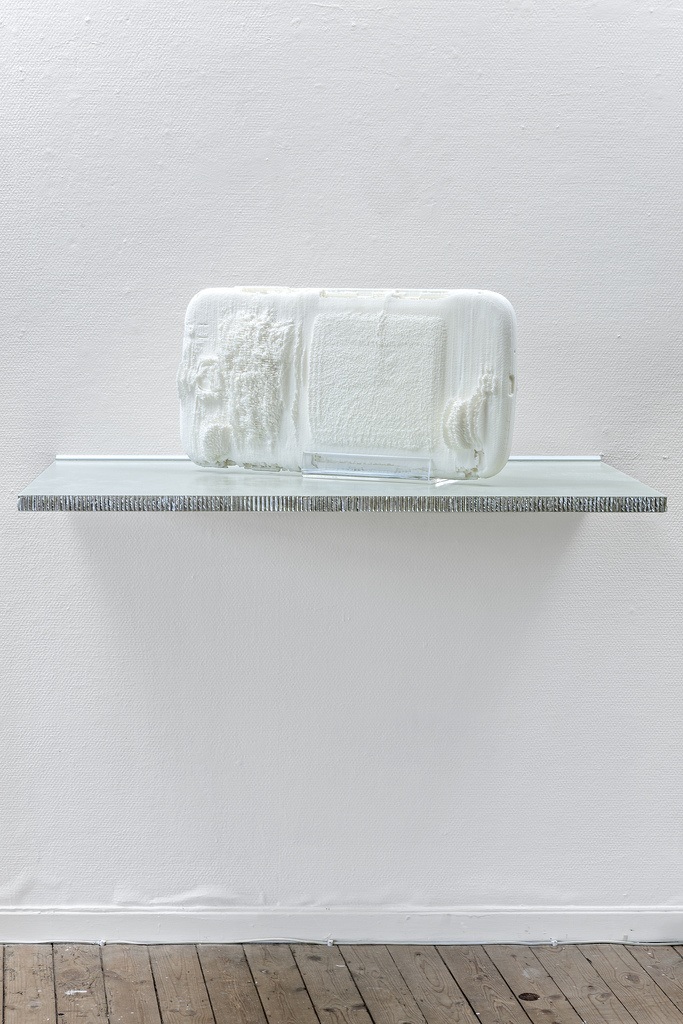 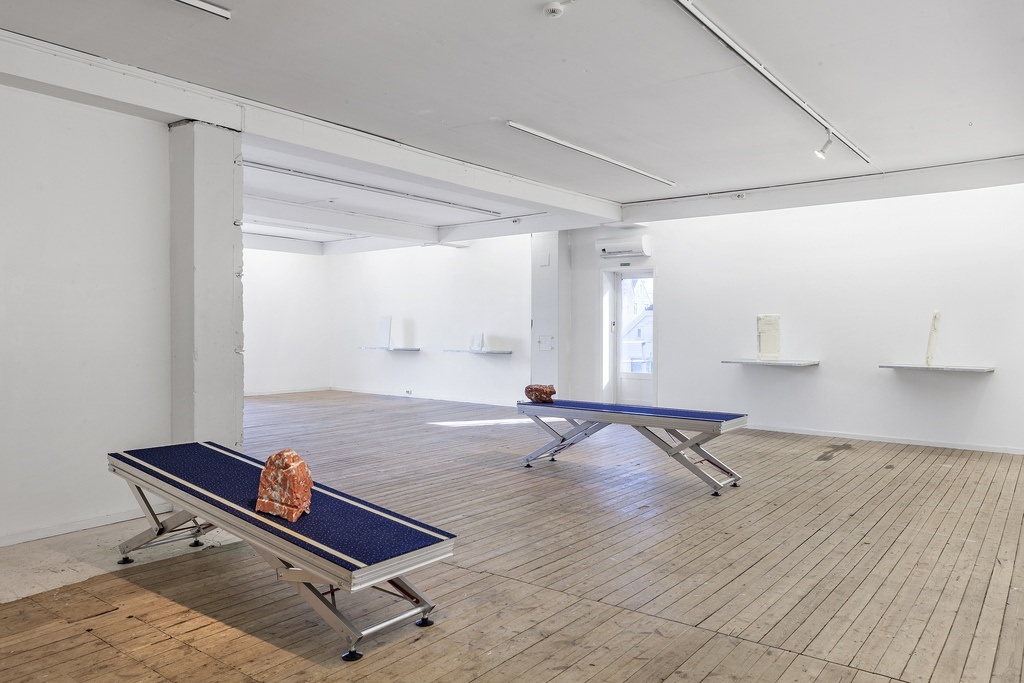 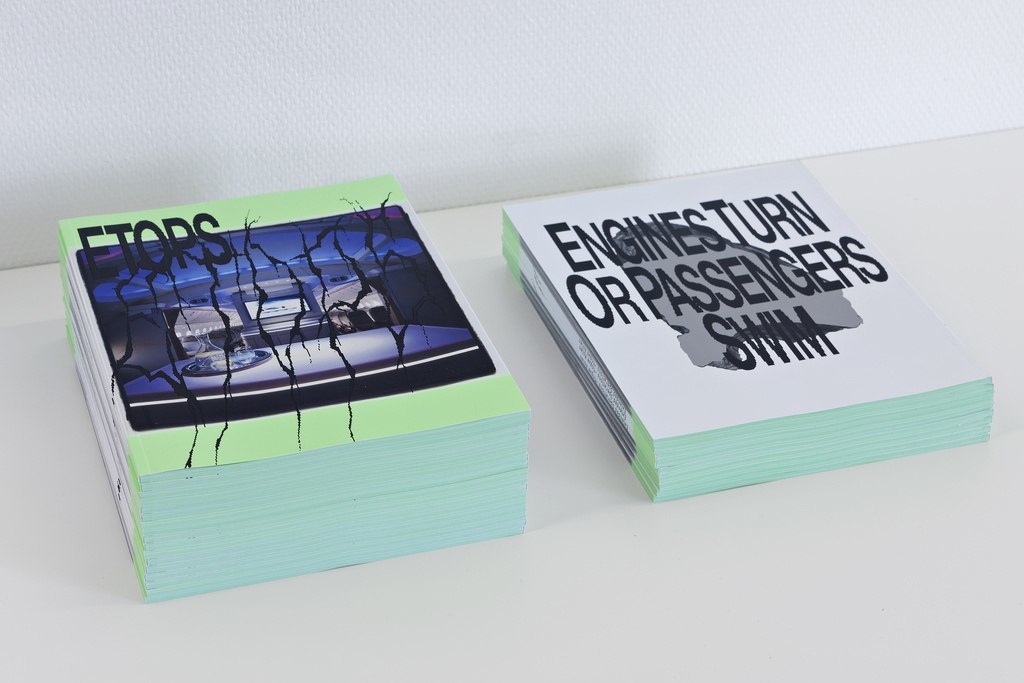 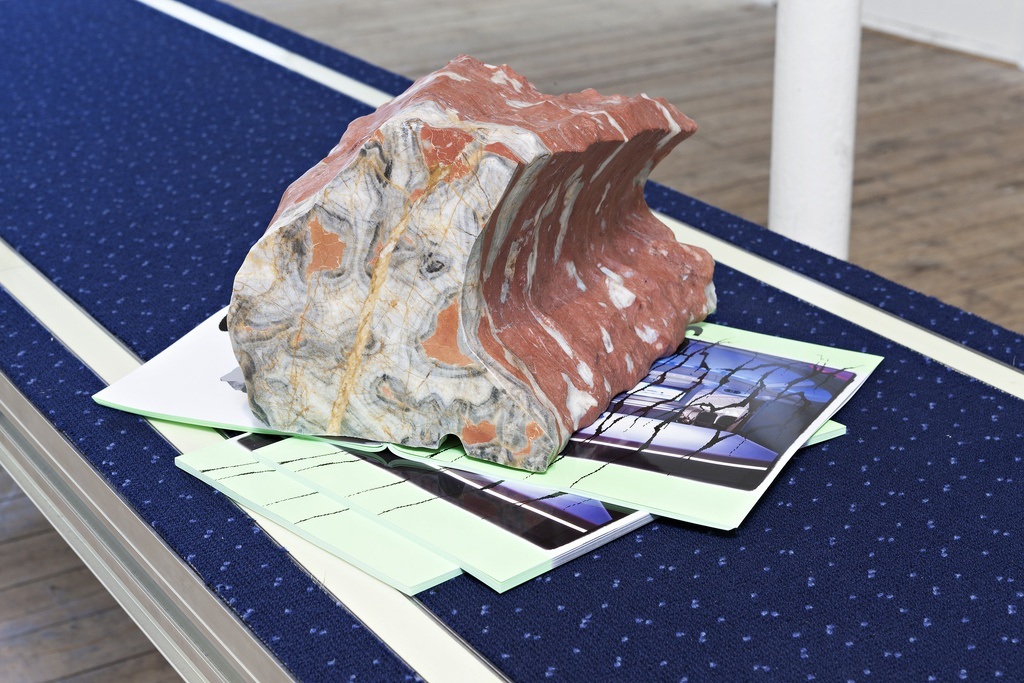 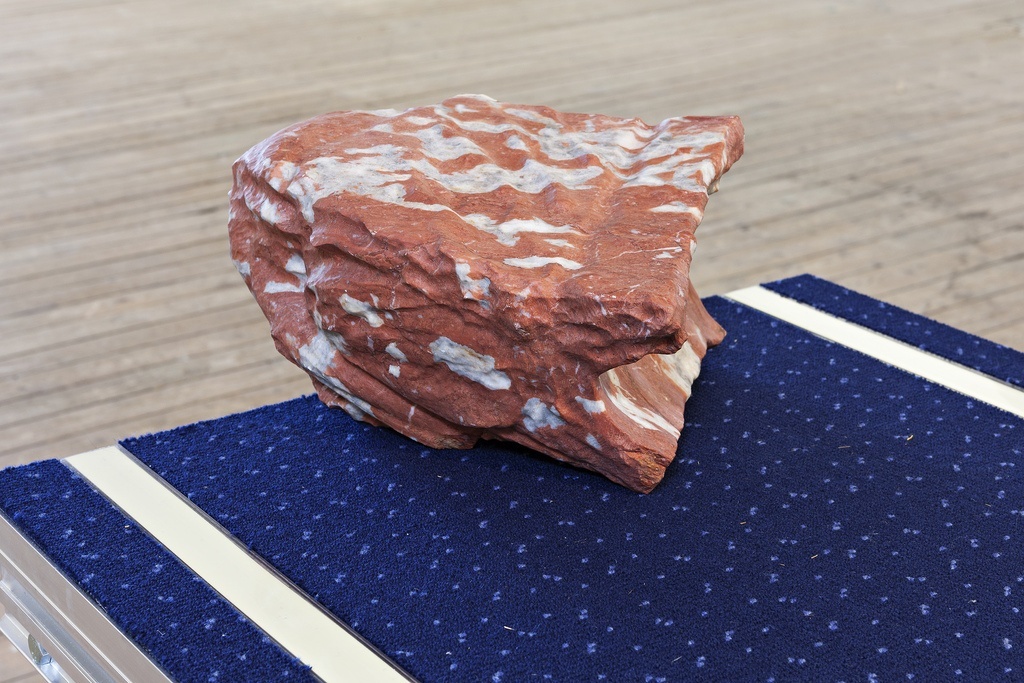