An exhibition of public art on the island of Sølyst in Stavanger opened on February 24, 2017. Titled Find Your Eyes, the exhibition is the first of several iterations of the Kulturøya project that will continue throughout the year, and is a collaborative effort of Veidekke and LEVA Urban Designs. Below, we speak with curator Monika Wuhrer about the curatorial and social aspects of working on a public project with artists, community members, and urban developers. 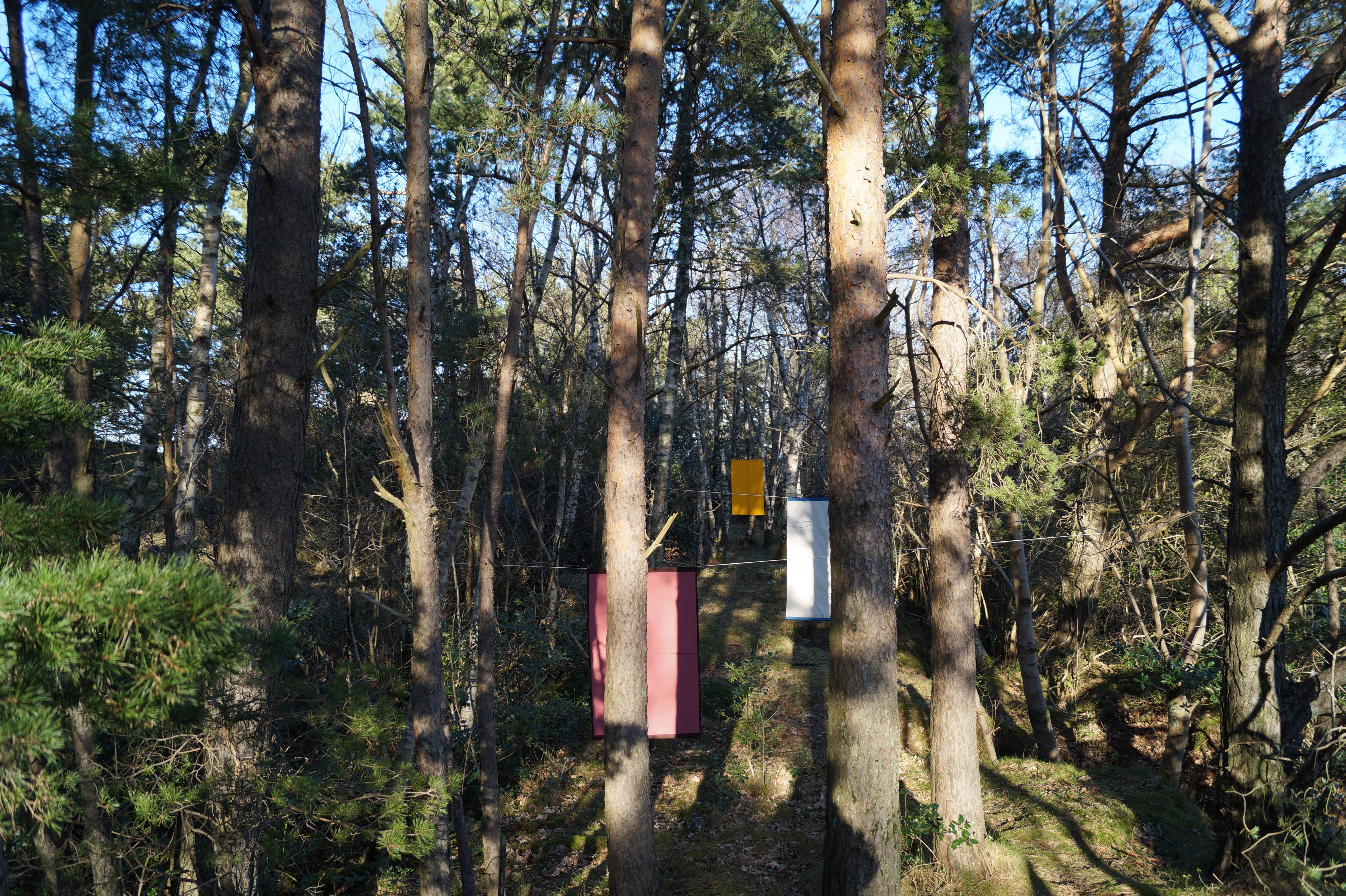 Heather Jones: For those readers who haven’t yet heard of it, can you describe Sølyst and the initiative to bring art there?

Monika Wuhrer: Sølyst is the first stop of several islands connected by a road off the coast of Stavanger, Norway. The island is an idyllic place with a few houses, an old greenhouse and many nature paths. The nature reminds me of scenery in some of the Star Wars movies: very mystical, beautiful and quiet. Recently, the owners of the greenhouse on the island have sold the old greenhouse plot to the developer Veidekke, who is planning to build a new residential area on the island. In connection to this plan, LEVA Urban Design was brought on as consultants. The focus was to give something back to the island and to the city, while removing a big piece of the beautiful history of the island. From this Kulturøya emerged, inviting artists to come to the island and enrich the already stunning nature with public discourse.

MW: I am originally from Austria, lived in Italy for two years and then studied and worked with Michelangelo Pistoletto. Working with him, I became interested in socially engaged art. I began working on long-term projects and my artwork involved research, grant writing, negotiating contracts and working with people.

One of my biggest projects to date was at the Museo Pecci, where I negotiated with a garment company to employ three of their workers. Instead of working at the factory, they worked at the museum in my installation. At the museum I created a mini-factory where the workers were in charge of the production of their own line of cloths. They used a textile that functioned as a catalogue with images and text. The project was very successful and was exhibited as a mini-store that functioned for more than six months.

When I came to New York, socially engaged art was not “in fashion.” Open Source, even if not initially planned that way, was a way to continue the mission of creating art that involves the general public and my community. We exhibit local and international artists in a space that is on street level. With large doors that open the entire space to the street, in the summertime it feels like a public space. Our exhibits are often site-specific and the artists are always present. We are very interested in showing challenging, yet accessible, art. In the winter we focus on creating interesting events to generate a diverse audience. For example, we host a recurring series of nightly dinners each December. People can sign up to cook a meal for around twenty guests, some of them homeless, and while they serve their dinner, they exhibit their art in the gallery. We also have a monthly storytelling series where people tell non rehearsed stories.

Curating 10 years of exhibitions at Open Source has given me credibility as a curator and I have since curated multiple projects outside of the gallery. The mission for Kulturøya and Find your Eyes is very similar to what we do at Open Source. The plans for youth programming, family engagement, kids workshops, and other programs are endless and Leva supports my idea of creating a dialogue not only for artists, but for Stavanger as a whole.

HJ: As you know, art projects in public space often come under criticism as leading the way for gentrification. Was this issue taken into consideration by you the curator, LEVA, and the development company?

MW: Art is a form of communication. In the public art business especially it is very critical to not only please, but also create important discussions. As a curator based in New York, where the issue of gentrification is so puzzling, I am very sensitive to that specific topic. In the case of the island, the history and the future of this particular place is an extremely important part of the project. In our case the development is already in planning phase and the damage is partly done. As in any project this project will be rightfully criticized, the development as well as the art. I see gentrification being a worldwide issue. Small politics mirror a much bigger picture. LEVA and I are aware of the politics, but are 100% convinced that any intelligent form of art and discourse will help unpack and prepare for a better understanding of the new reality.

MW: I am Austrian and therefore not a native English speaker. My good friend Lily White likes to make fun of my intellectual phrases that are filled with grammatical errors. Last year she gave me a book full of quotes and aphorisms by artists. In there I found one by Alex Soth: “Find your eyes.” I like this quote because it speaks directly to the visitor and encourages them to take action. It creates a duality between the artist and the person finding or viewing the work. To me, this phrase creates questions while leaving the answers very open, but suggests that all of us have to proactive.

MW: Last February we proved our seriousness about connecting with the residents of Stavanger. One of the artists who exhibited this winter, Felipe Mujica, collaborated with two immigrant residents of Stavanger, Fayza Jabari and Harbia Mohammad, on the embroidery for his piece So we faced with the problems of conversation (Google translate). The four embroidered panels were installed in the woods of Sølyst. Songül Boyraz and Peter Höll, two artists involved in the program, organized a participatory project that involved local schools. The students painted “life rings” on paper with the message “Allah korusun” translated into various languages spoken by the students. The hand painted posters were spread over the few concrete walls on Sølyst that contrast with the nature on the island. The posters will still be visible by the time the next project begins in September. Additionally, Johanna Unzueta, another artist in the program, used found, natural materials that were connected with handmade felt hinges. Throughout the project, new art will connect us to other parts of the island. While most will be temporary, each piece will be there for a different period of time.

Ingeborg Kvame, a Stavanger-based artist and Find Your Eyes assistant curator, helped select groups of artists who have worked with nature in various forms, applying multiple perspectives to create an interesting discourse. We are very interested in the politics of a small island and how this oasis will change over time with the new development. We are also interested in how we – as artists and citizens – will help to keep an eye on those changes by continuing to show and develop work on Sølyst. The changing environment will be an important topic throughout the project. Our mission is to explore the history and the future of this very interesting island, while using nature as our canvas. Since the majority of artists who have been selected for this program work with nature or have a social practice that connects them to nature, we are confident that all artists will be sensitive to their natural surroundings.

We are looking to intensify the experience on the island while not overpowering the nature, but  rather enhancing and collaborating with it. 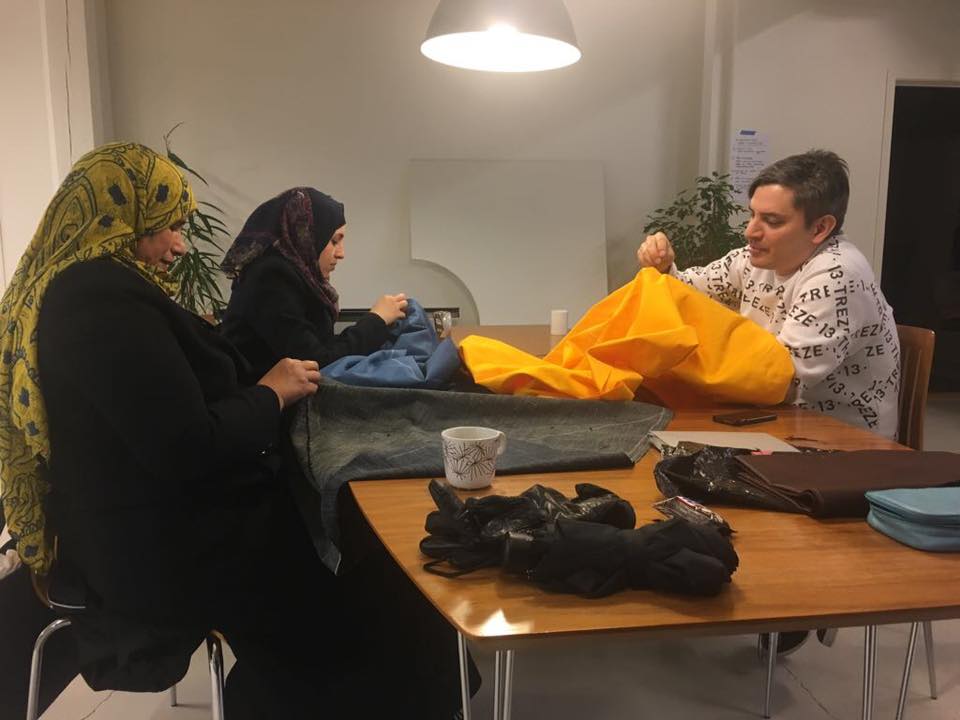 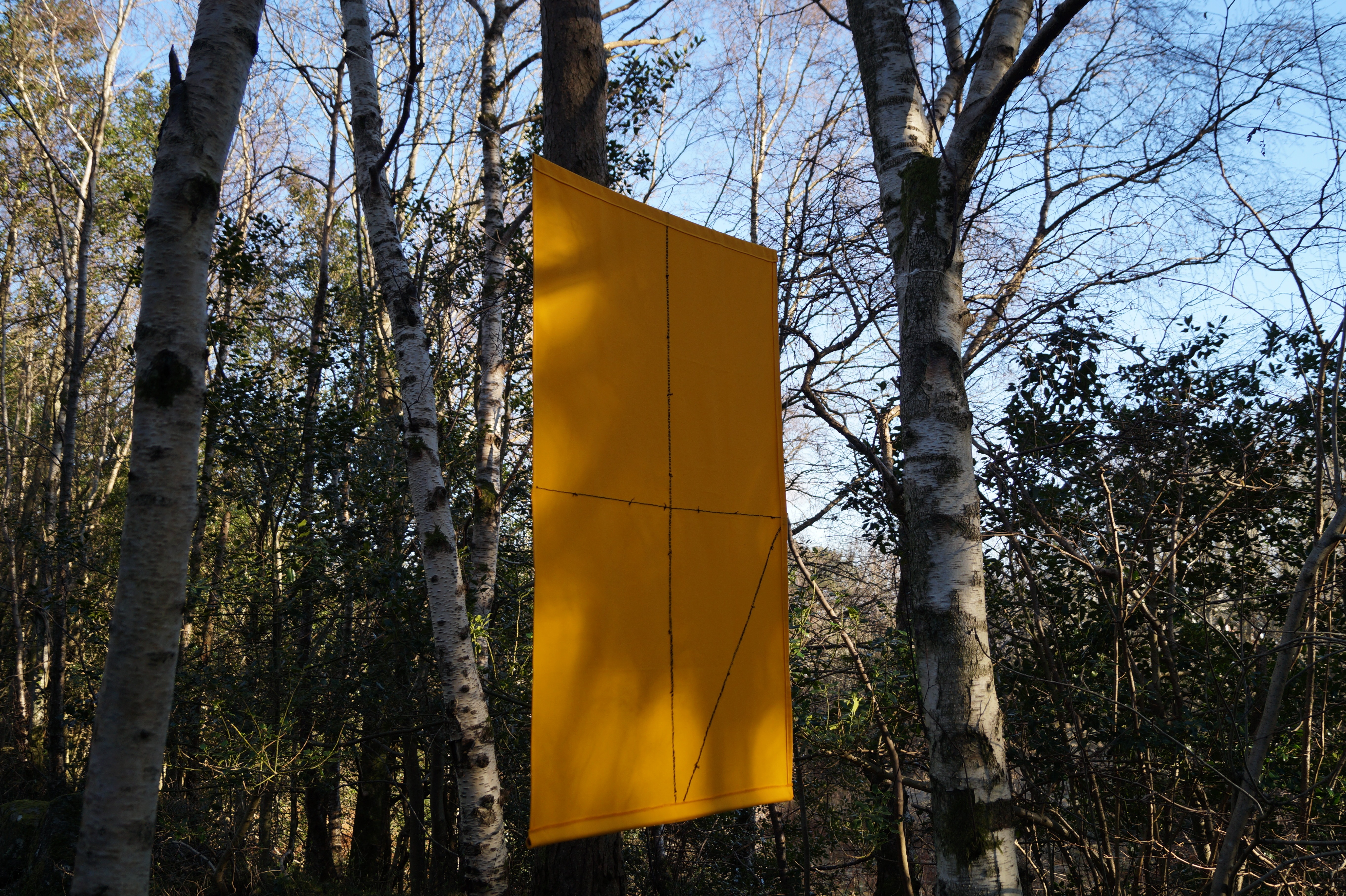 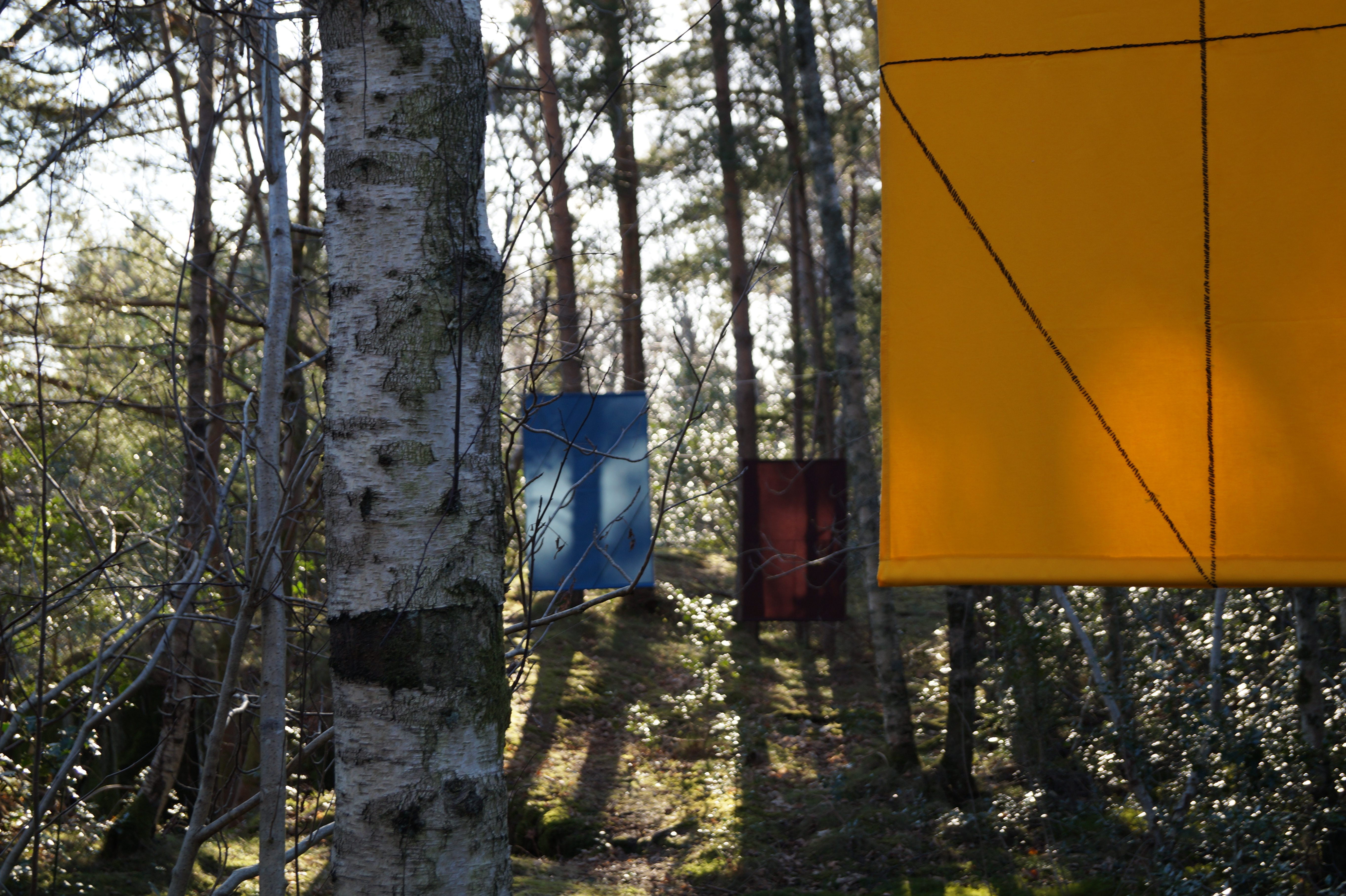 MW: Just like everything in life, my curatorial outline has changed since I began working on the project. I had initially chosen a different lineup of artists that included a mixture of mid-career and emerging international artists. Budget constraints can be a positive in that they make you realize that you don’t have to reach so far to find incredible artists.

Now, thanks to help of Ingeborg Kvame, we have an amazing selection of local artists including: Ingeborg Kvame herself (she was part of the initial selection of artists), Margrethe Aanestad, Anngierd Rustand, Line Anda Dalmar, Per Kristian Nygård and Tove Kommedal. Currently, Tove Storch is the only international artist who will be involved in the upcoming presentation. I saw her work at ISCP Open Studios in New York and am very interested in her ability to combine severe form with natural, organic elements.

Ingeborg Kvame and Margrethe Aanestad will work on Sølyst in September. Both artists are very interested in transforming natural and discarded materials into art. Kvame is interested in transforming our relationship to objects especially, exploring questions about time and decay, while Aanestad is more of an expressionist and is very invested in relationships between materials, light and shadows.  Line and Per Kristian, a couple, are scheduled for October. I am very excited about the way that Line “copy and pastes” nature in her work, like in her aluminum casts of parts of mountains. I also love Per Kristian’s ironic pieces in which nature is in some ways “abused” to fit specific shapes and spaces. Anngjard Rustand uses materials from the land, such as fruit and ash, and achieves the most beautiful landscape paintings. Tove Kommedal strikes me as the most radical of all: she evokes persistent unrest with her work. I can’t wait to see her work evolve on Sølyst in May 2018.

I am very happy to be able to work with local artists and get their insight into the politics and history of the island. By involving local artists in the project, we also open the door for them to follow the development on the island in the upcoming years and continue with the work we have started. Through this project, our aim is to create continuous conversation about humans’ relationship with nature, working towards an understanding of nature and our role in preserving it. Part of me sees this program as activism, especially in a time where in my community in New York – and all around the world – we are fighting for space and fighting against gentrification and inequality. For me it is incredibly important to involve artists in the changing landscape. Art serves as a tool for raising awareness and building movements. In this project we are focusing on how nature is used in each artist’s approach to addressing different topics, making a connection to our society with personal, sometimes political, and often critical stories.

MW: The timeline of every piece is be different and there will be a growing amount of work on the island by the end of Find Your Eyes. We are inviting the artists in groups and will have separate press releases and openings in September, October and May, but the work of art will not be on the island for a set period of time as a group show. Some of the work will be taken down soon after the opening and other pieces will be there for a much longer time period.

MW: If everything goes as planned, art will continue to pop up in the woods near to the newly built condominiums. Leva Urban Design is interested in keeping the community and artists involved in the development of the island.  I think we will just have to see how it all develops, but it would be interesting to continue Find Your Eyes as a residency program. Maybe the new condominiums can make some room for artists in residence? I am open to discuss the next steps.

Monika Wuhrer is an Austrian curator living and working in Brooklyn. NY. After studying in Milan, Italy, Monika returned to her native country where she completed her Masters of the Arts in sculpture from the Academy of Fine Arts, Vienna. She moved to New York in 1999 and found Open Source Gallery.