Critic and art historian Astrid Helen Windingstad recently met with Inger Bruun to discuss her retrospective exhibition currently on view at Kunsthall Stavanger. Below is an English transcript of the interview. The interview can be read in Norwegian in its entirety on the Kunsthall Stavanger blog, here. 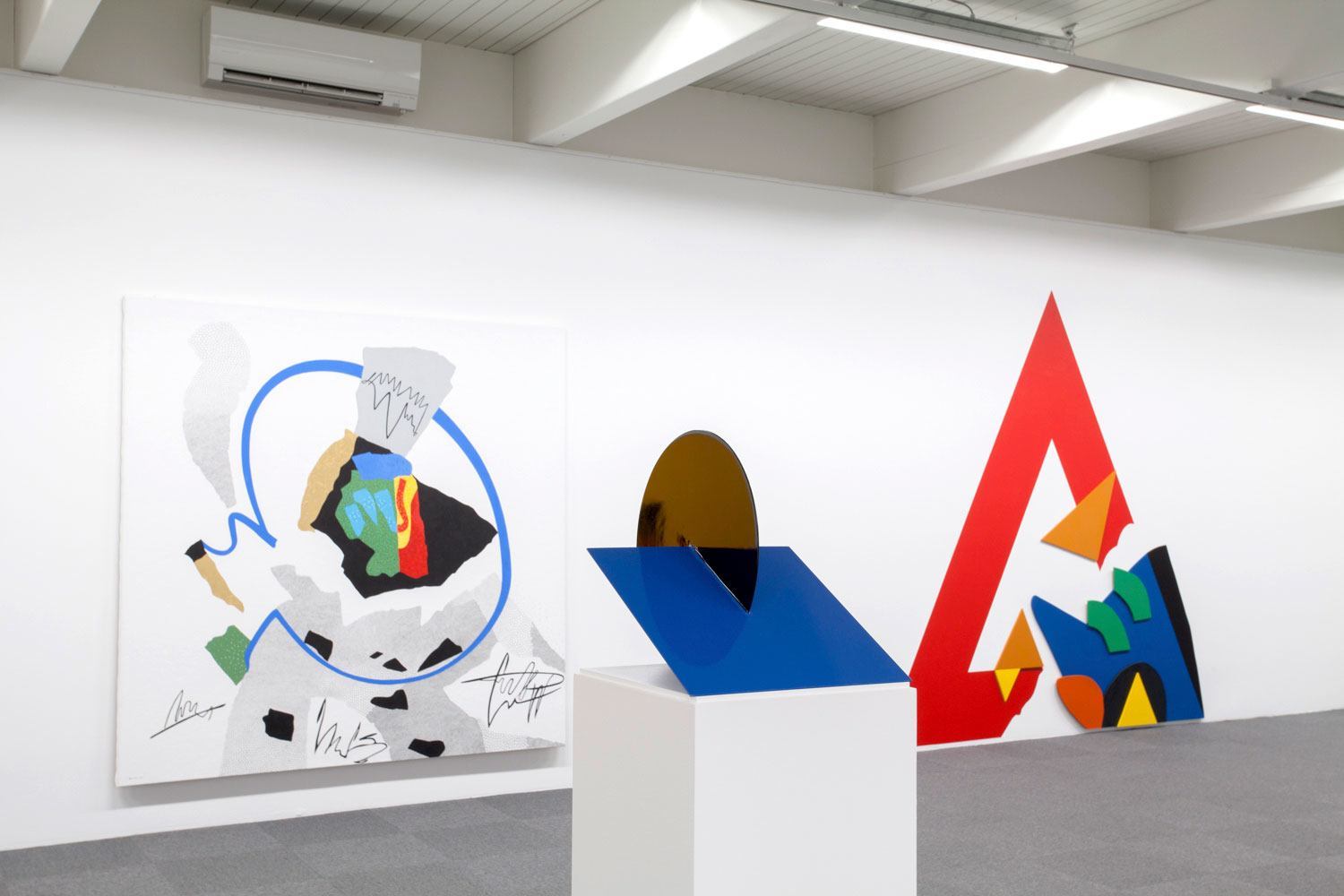 Kunsthall Stavanger is currently presenting a retrospective exhibition of the Norwegian artist Inger Bruun. She has previously exhibited in the same building (then Stavanger Art Association) in 1999, after a planned solo exhibition in 1994 was cancelled due to financial problems in the Art Association. Bruun led me on a tour of the newly renovated rooms of the Kunsthall, where I had the opportunity to ask her a few questions about her artistic work.

Astrid Helen Windingstad: This is not the first time you have exhibited in these rooms, is it?

Inger Bruun: No, but it has become a lovely space to exhibit in. I also showed my work in the Stavanger Art Association when the walls were white painted brick. It was a summer show where I exhibited in the entire building; a pure painting exhibition. But none of those paintings are included in this exhibition. One has to make some choices.

AHW: You say you have made some choices. Do you view your own ouevre differently now that your work is presented in a retrospective exhibtion?

IB: You never know how it will be when an exhibition is coming up. I worked extensively with the schedule and wall sketches. Some changes have been made along the way, but it came out the way I had planned it. The blue walls, for example, with the oldest works, I had thought about for a long time. I was 16 when I made the oldest pictures, before I attended craft school. The two yarn works were in my first exhibition in Skien, and you know they received a lot of attention. At the time, they wrote about the exhibition in Dagbladet [Norwegian newspaper]. I’ve never seen anyone else do similar work with yarn. Yarn was what I had at hand at the time. I also used Huntonit boards and wallpaper paste. You know, they have lasted all these years. All the artworks on the blue wall are from before and during my time at the art academy, even the metal works. It was very “in” at the time, around 1964, to use metal in commissioned work. I have also used glass mosaics for commissions. At the headquarters of the Rogaland County Municipality, I’ve created several glass mosaic decorations on the walls on all floors. I really like working with glass and mosaic, and I wanted to bring some of these works into this exhibition as well, but there was not enough space.

These brick works here on the blue wall are frescoes from 1961 and 1962. At the art academy there were only two of us students in the fresco class. It was cancelled after we graduated, which was a pity because I really thought frescos were very exciting to work on. At that time it was life painting that dominated the teaching at the academy, and the only break from this was the fresco class where you could paint whatever you wanted, be creative.

AHW: I understand that you are very productive and experienced in your artistic work. How would you describe you artistic process?

IB: I go to my studio every morning, after a one-hour walk. This is my exercise before I start working. Then I have a full day of work. I like to vary techniques. When I have painted with oil for a while I’ll change to another technique. In recent years there have been markers and collage, while lately I have started using watercolors quite a lot. Watercolors and brush.

AHW: Earlier you said that you always have a “fabulating” with you. Can you elaborate on that?

IB: I start with a little dot or a square and work from that. I never know where it will end up when I start a new work. The commissions have a different working process. I then designate time to try and solve the announced task. The process is often long with several people involved.

AHW: What was the starting point when you started working on this retrospective exhibition?

IB: It’s been quite a long time since I made the large works displayed on the short walls. It was in 1993 or 1994 and they were meant for the exhibition at the art association, when they closed the doors in front of my face. They were shown at Gallery Sølvberget instead. What i worked with here was to draw the forms from the paintings out into the room. If you look at the forms in the painting you will see that the same forms are in the sculpture on the floor in front of it. And the same applies to the works on the opposite short wall. Here I also want to draw the shapes into the space. They were originally made for this room, but are now shown here for the first time 20 years after they were made. Because of this it was nice to use precisely these works as a starting point for the exhibition. It is also what I have done with the commissioned works at Hinna high school where I made a total of four sculptures, two are standing by the main entrance. There is a glass corridor that binds two buildings together. One sculpture is placed on each side of the glass corridor. I have repeated shapes from these sculptures in my works mounted on the walls inside.

AHW: The watercolor works that hang in the next hall are relatively new works?

IB: I made the small watercolor paintings during a month-long stay in Paris recently. In addition, I worked on a glasswork draft for a competition for a commission for a church in Bergen. I got the assignment/commission and I will start working on it in May, and it will be completed in 2016.

AHW: Do the titles of your watercolor paintings have any references?

IB: They are names of places and are just one of those abstract titles. I pick one place name I’ve never heard of before. Totally random. In that way, one can take a look in the atlas and see where in the world it is. I got a comment once that my titles were too down to earth , and I spent a long time on the titles. I often needed help to give the works names. First I used names from the starry sky, then rocks, and then I went over to the atlas and names of places. This makes it very quick to entitle the works, and I have titles available for the rest of my life. It’s nice to not having to spend so many hours on naming my works, and in this way I can also avoid using anonymous titles like “Untitled” or “composition one, two or three.”

AHW: Do you have any other projects coming up besides the church in Bergen?

IB: I often think that this is my last exhibition, but then something else pops up. I plan to keep on working with my art for many years to come. 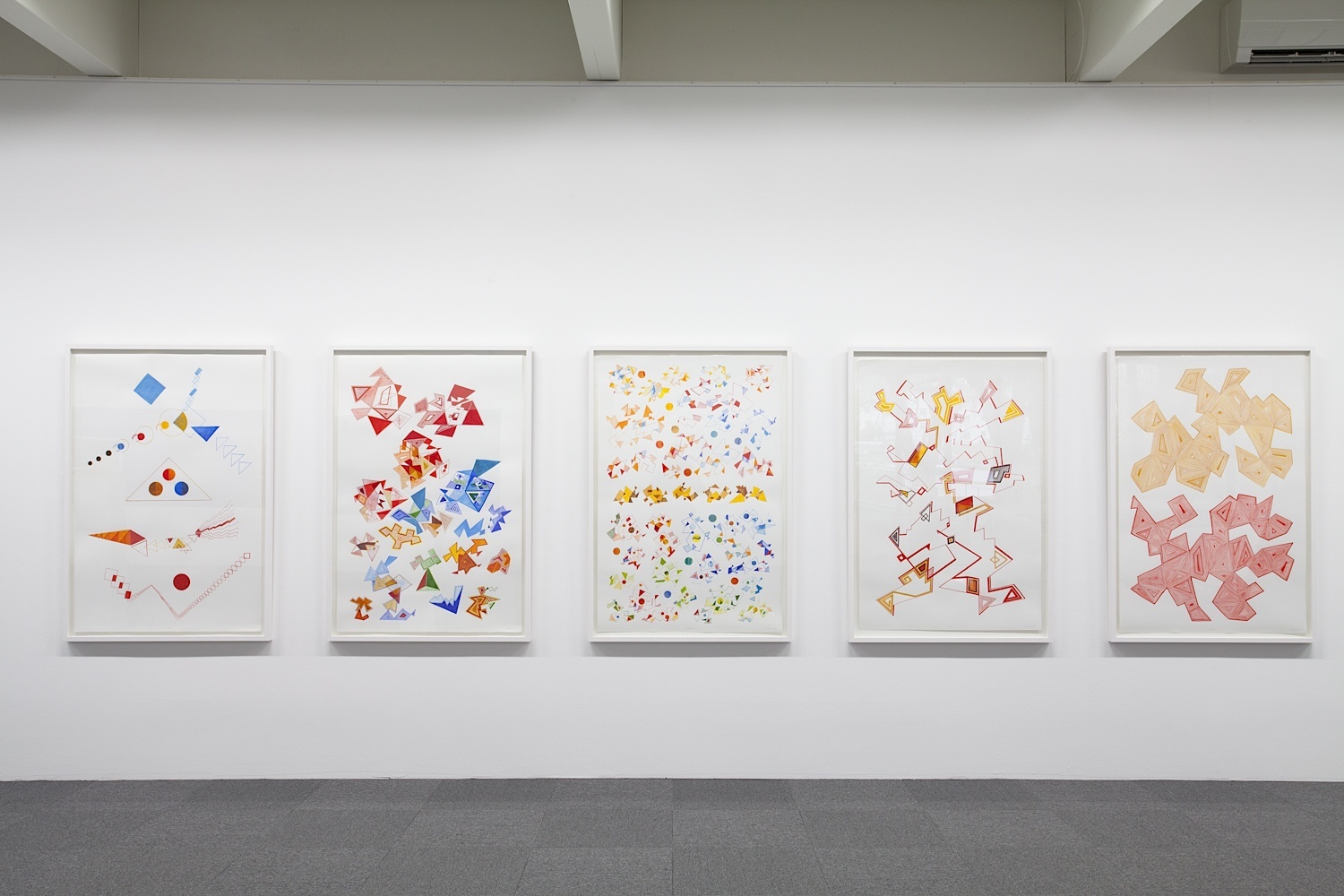 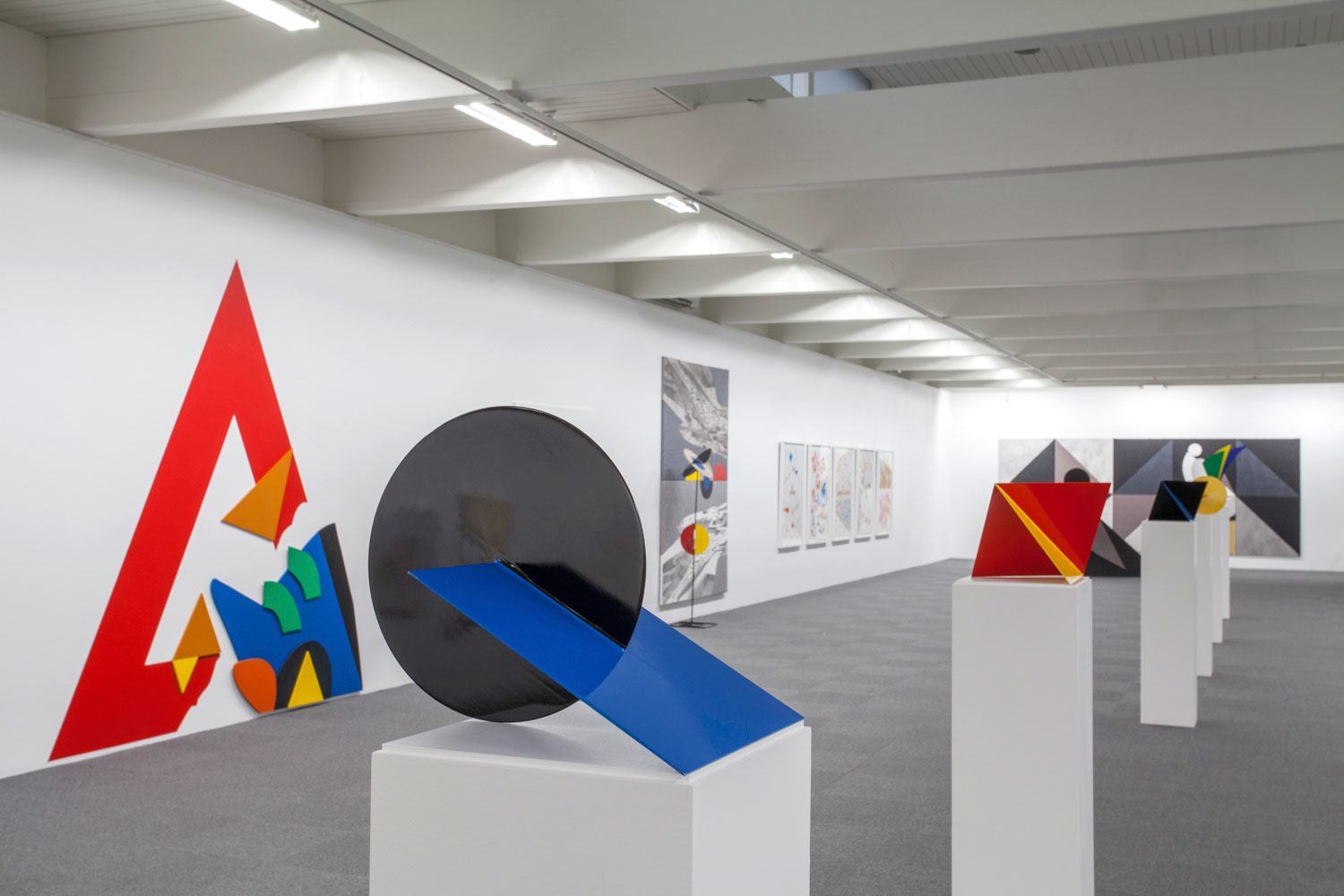 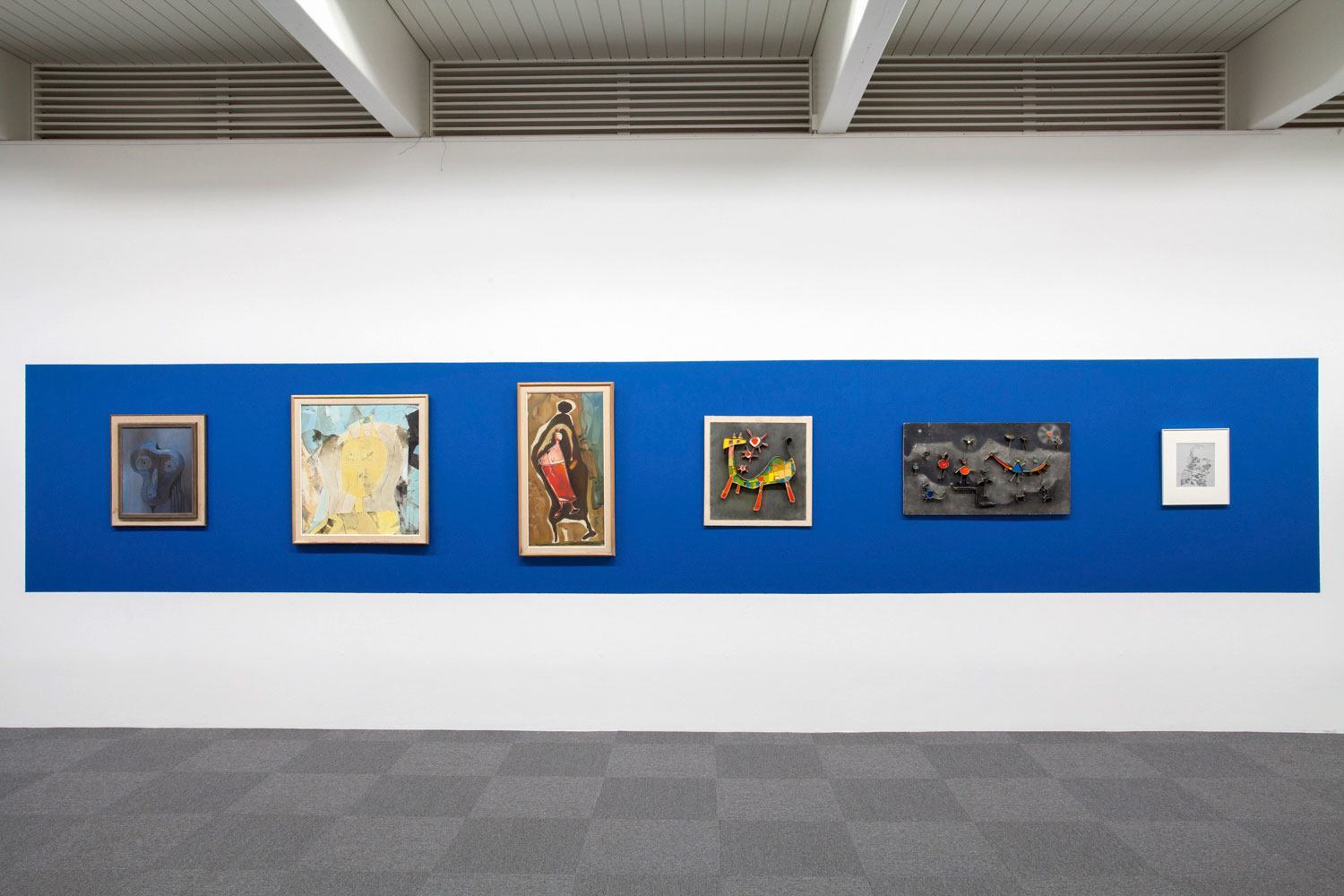 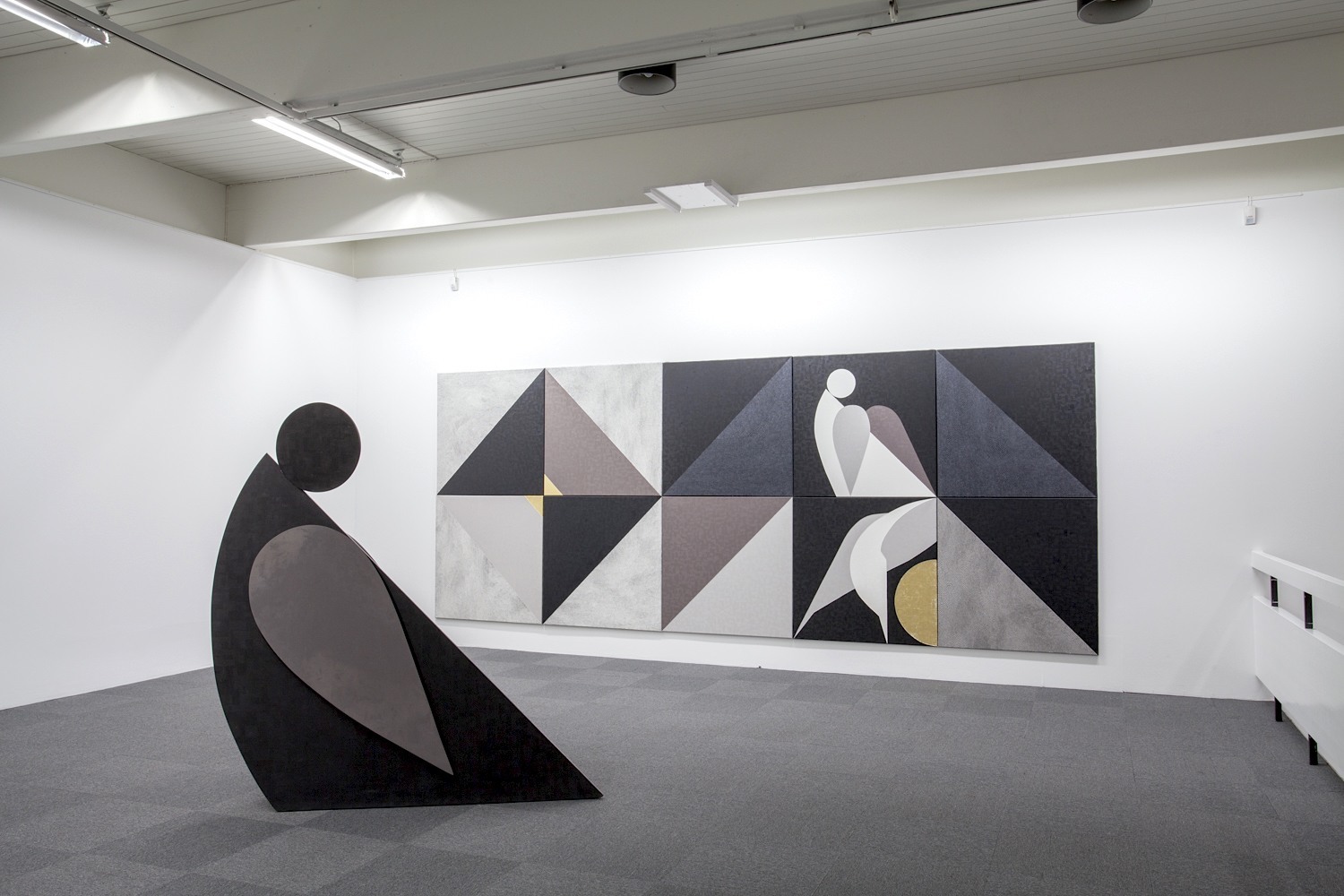 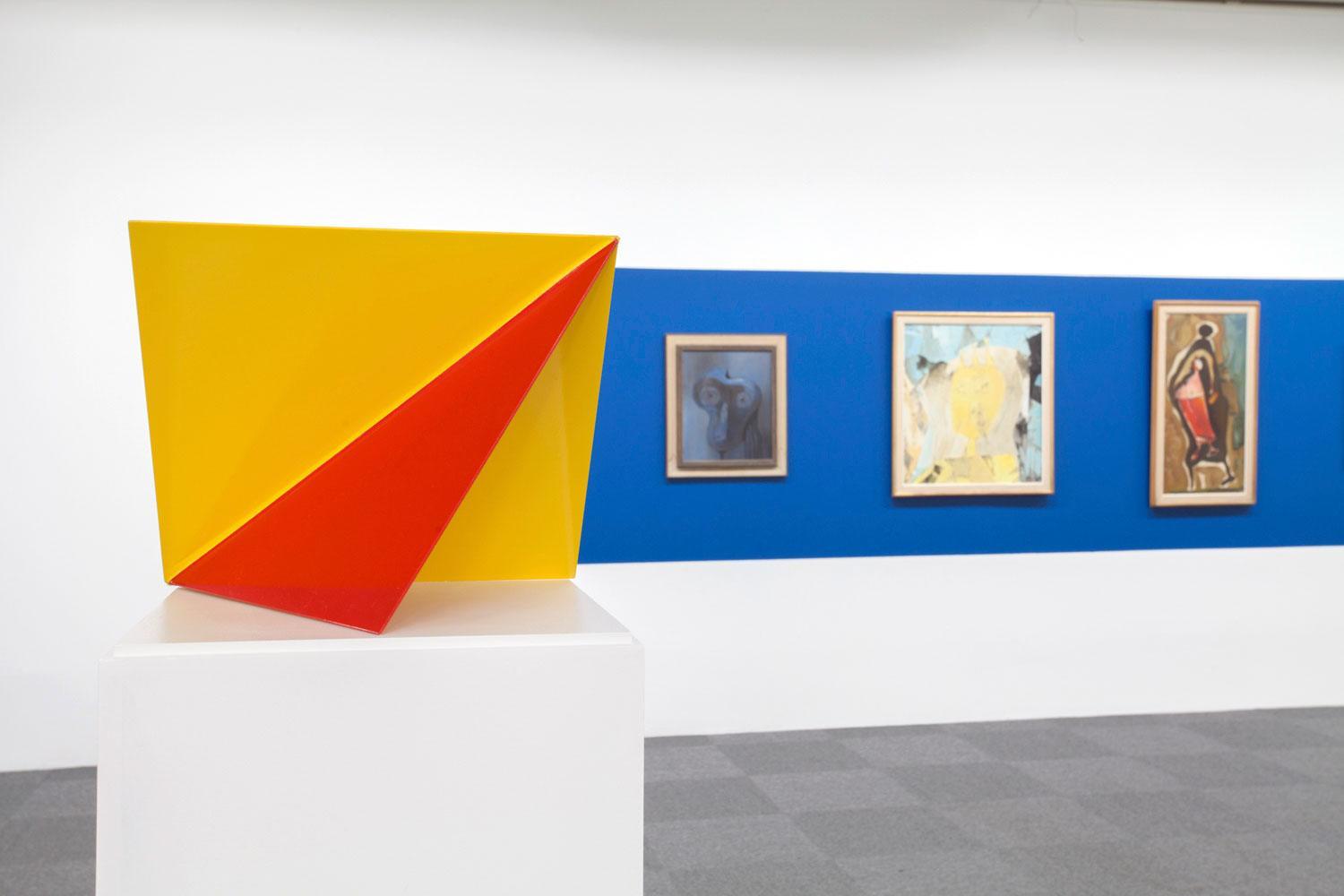 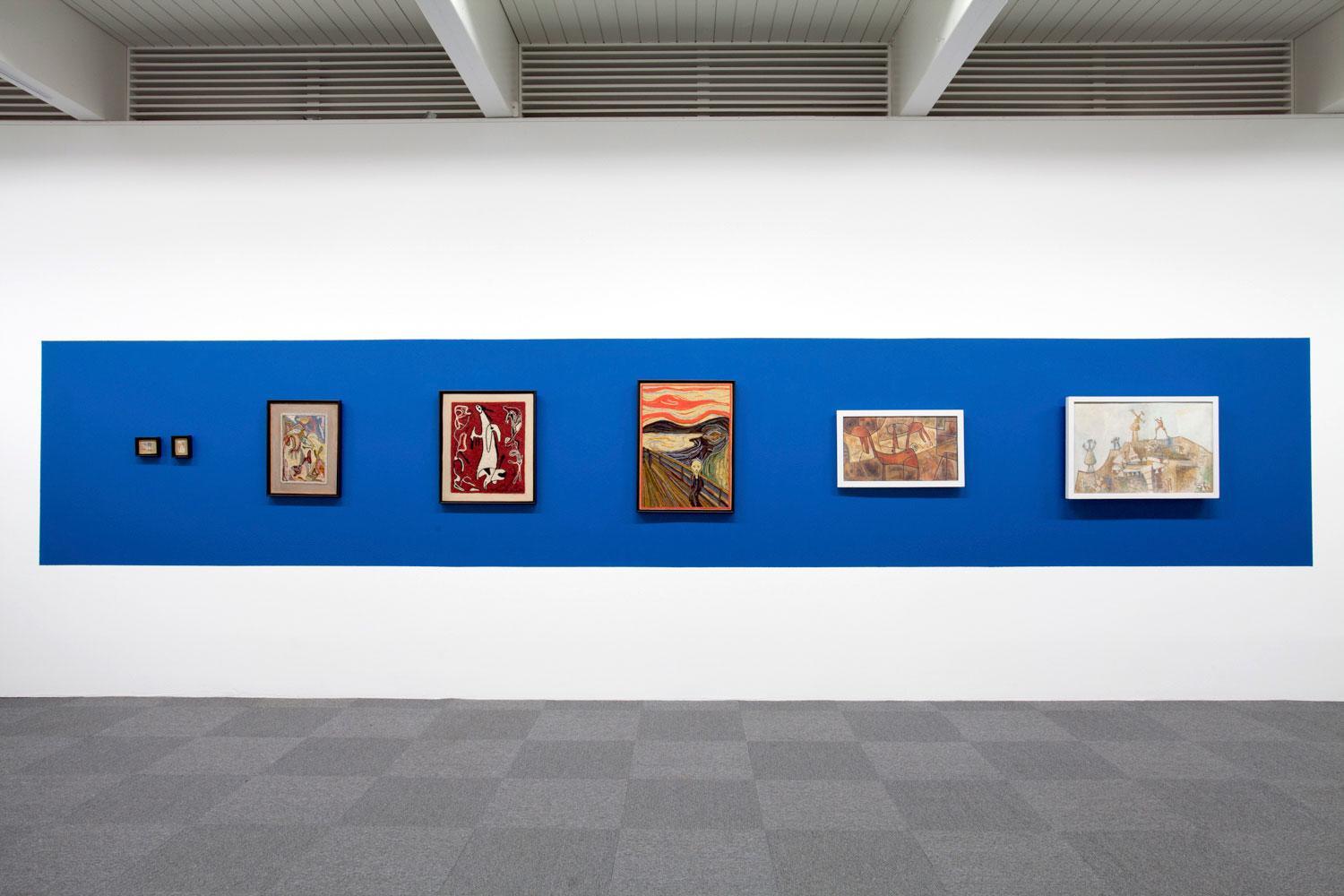 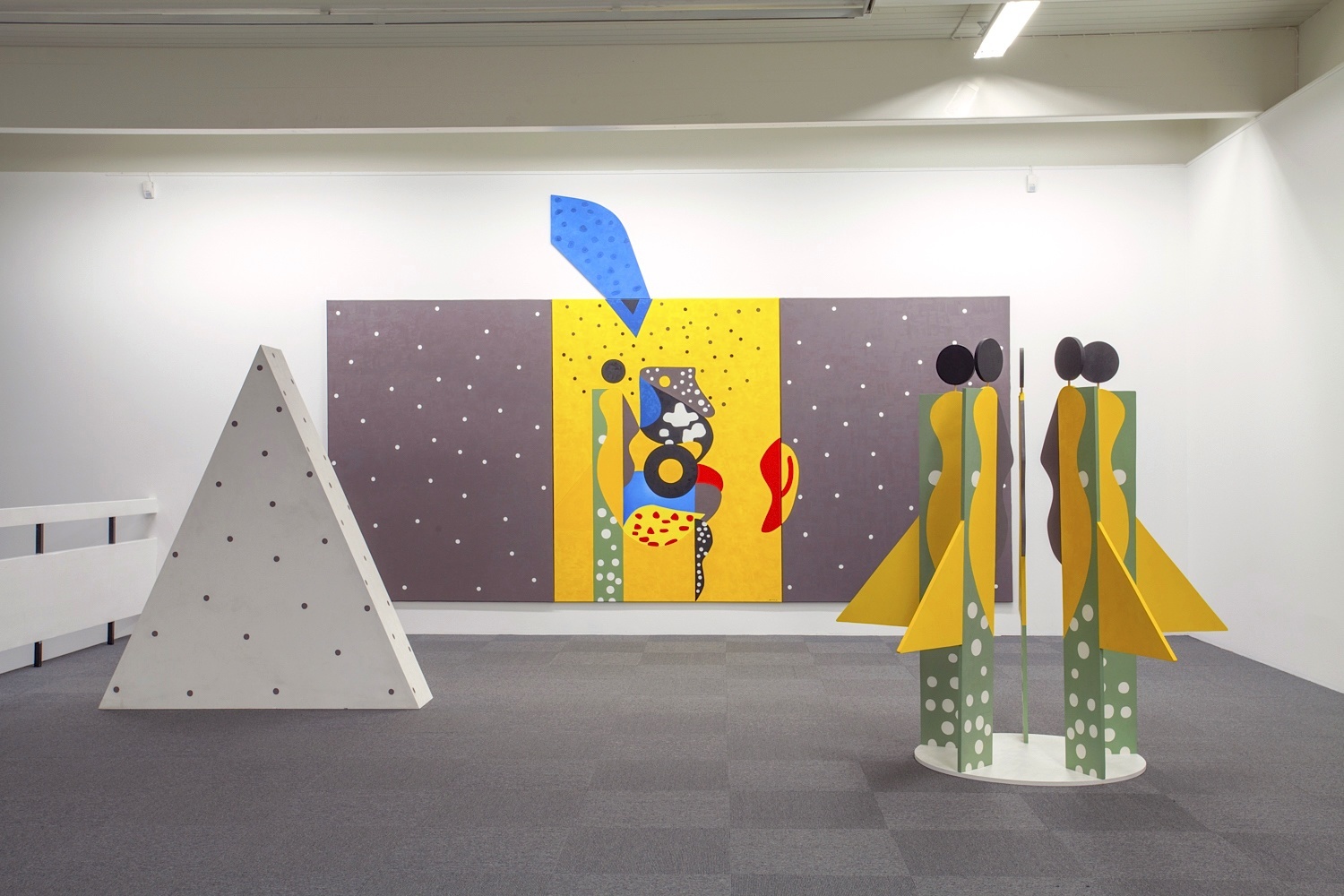 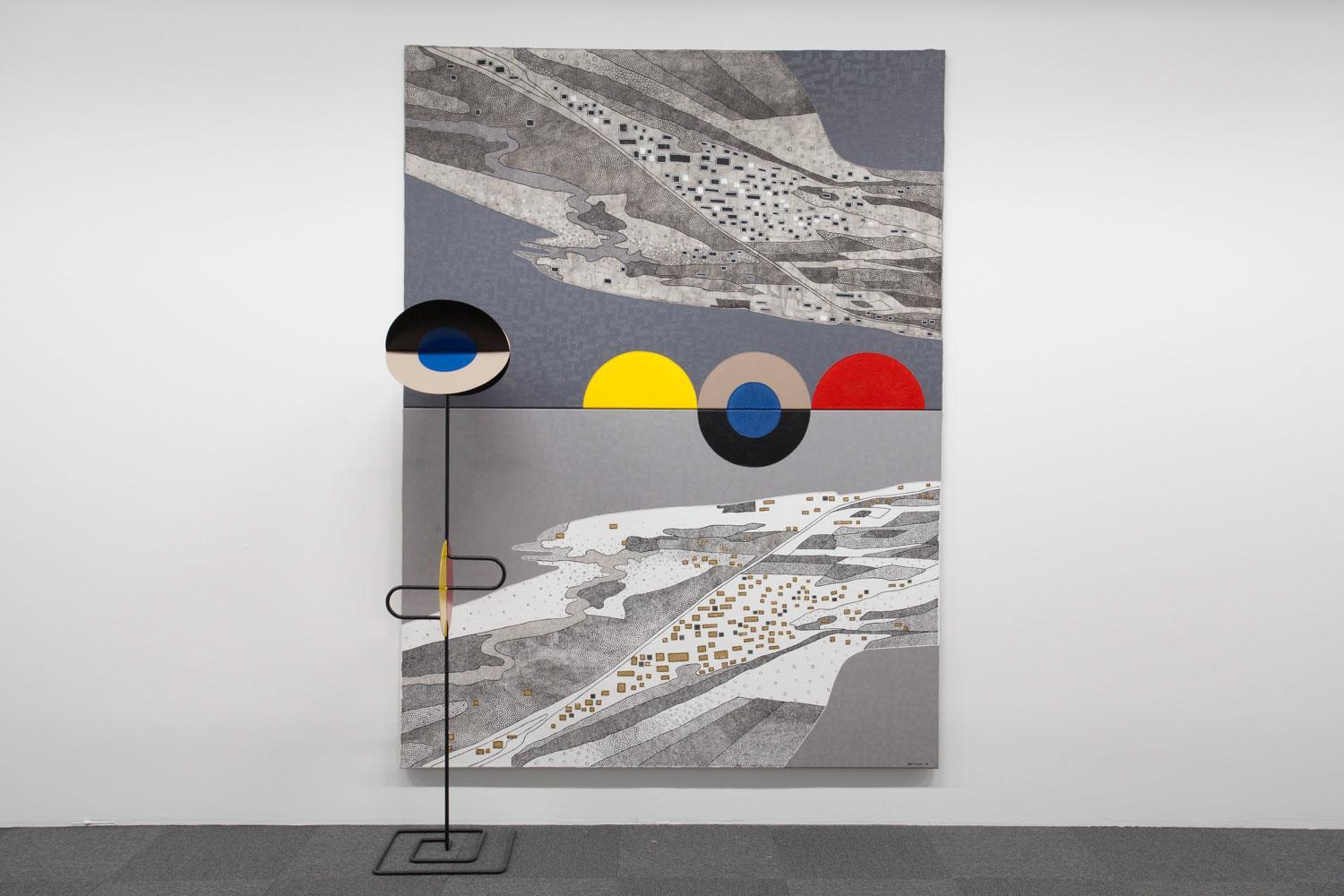 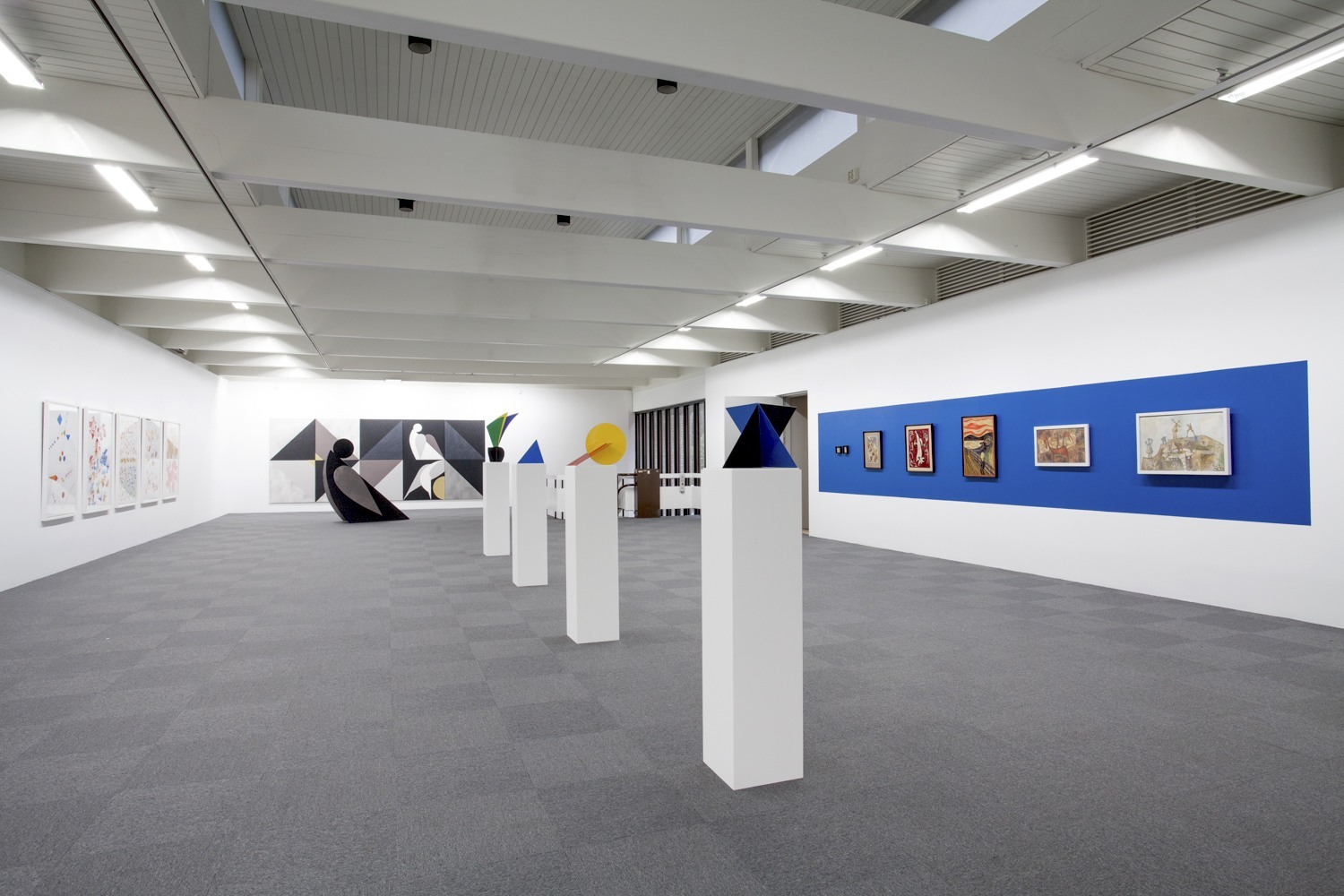 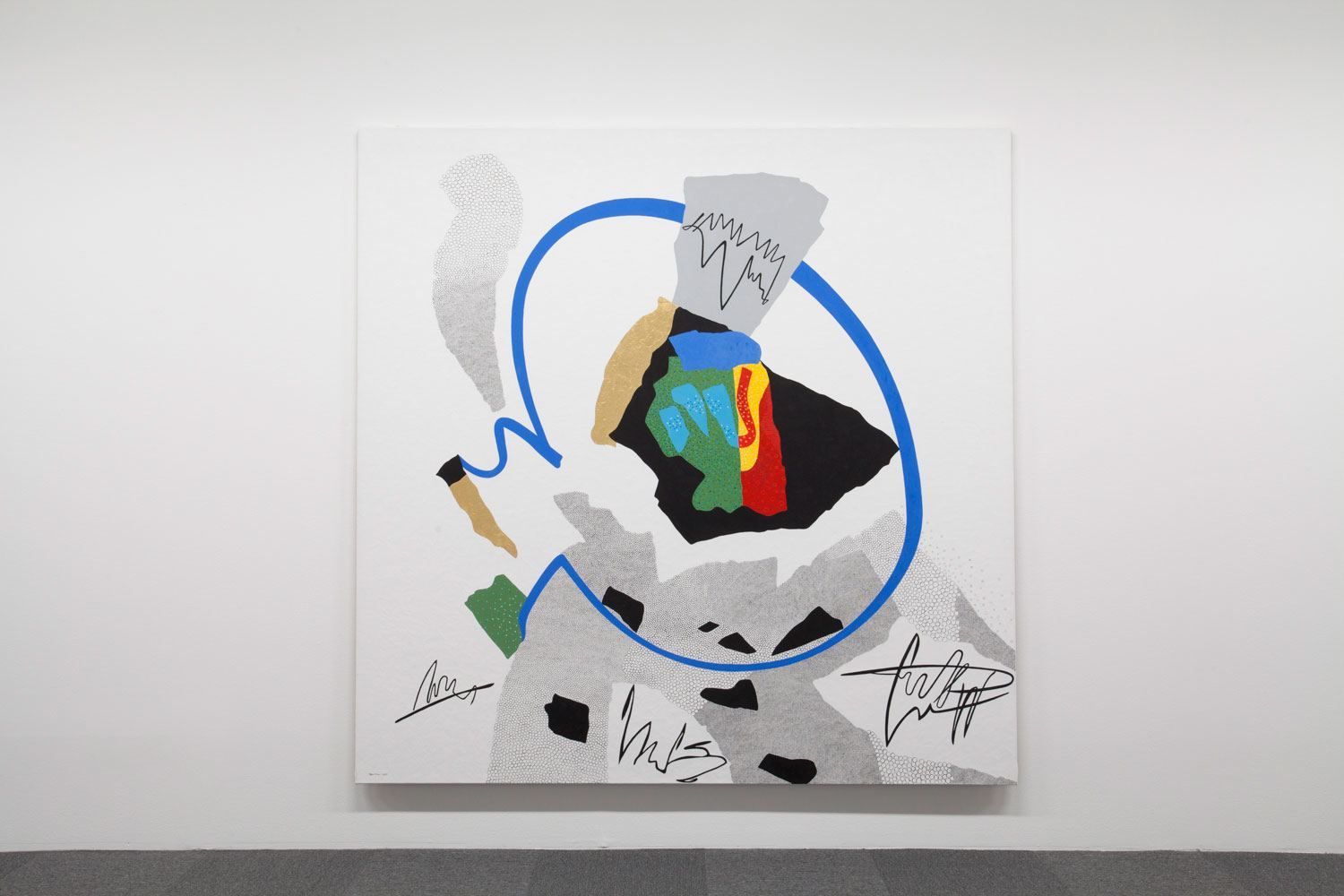