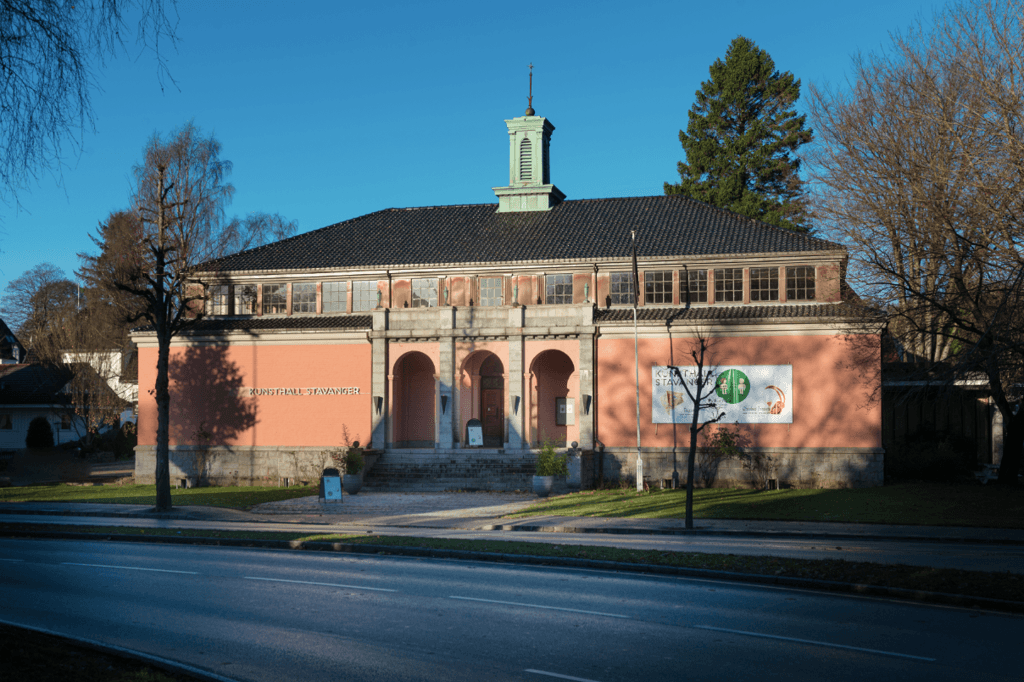 “In November 2013, I opened Kunsthall Stavanger as director and curator. We aim to become an important platform for contemporary art in Stavanger and the surrounding areas. Housed in a building from 1925 that formerly housed Stavanger Art Society (established in 1865 on the request of citizens who expressed that the city was in dire need of an art gallery), the kunsthall will focus on international artists, and an extensive educational program.” – Hanne Mugaas

Newly opened in 2013, Kunsthall Stavanger is a contemporary art institution that serves as a platform for the production, exhibition, and distribution of artworks that are part of a large international discourse. The kunsthall focuses on collaborations with artists and guest curators to develop solo and group exhibitions with the goal of creating transformative experiences and in-depth audience engagement.

Kunsthall Stavanger existed formerly as the Stavanger Art Society, founded in 1865 by a group of dedicated citizens, and moved into its own premises in 1925. The society’s goal was to promote the experience and knowledge of visual arts by acquiring paintings for their exhibitions – these works were then given to the members in a lottery at the end of each year. Over time, the Stavanger Art Society built an important collection including paintings by prominent artists such as Kitty Kielland, Harriet Backer, Carl Sundt Hansen, and Norway’s most important series of works by Lars Hertervig. The collection of over 300 artworks was named ‘Stavanger’s Faste Galleri’. It was converted into a foundation in 1965 and eventually became the Rogaland Art Museum in 1990. The museum moved into a new building, which left 900 square feet of free gallery space for temporary exhibitions at Stavanger Art Society.

In 2013, Stavanger native Hanne Mugaas took on the role of leading the evolution from local art society to international kunsthall. The newly renovated exhibition space consists of five spacious galleries, a foyer complete with an ever-growing library and shop, multiple classrooms for lectures, screenings, and workshops, and a website which serves as yet another arena for exhibiting contemporary art, featuring online projects, documentation and news about upcoming events. Kunsthall Stavanger welcomes a broad and diverse audience with the inclusion of special programming for children in addition to the regularly scheduled exhibitions. The kunsthall actively contributes to the global network of the contemporary art world while strengthening the local audience in Stavanger, and aims to become an important meeting place for the viewing and discussion of contemporary art.

Since its opening, Kunsthall Stavanger has hosted exhibitions and projects such as My Best Thing by Frances Stark which premiered at the 2011 Venice Biennale, Remoji, an online project commissioned from the artist Tara Sinn, Color Quotes by Yokoland, Lina Viste Grønli’s large-scale exhibition Tinging which included a collaboration with Performa 13 in New York, and Crooked Trinkets by Marthe Elise Stramrud, and perhaps most notably Hold Stenhårdt Fast På Greia Di, the first major retrospective of Norwegian feminist artistic practice. The kunsthall has also exhibited a series of sculptures by LA-based artist Amy Bessone, New Report, a collaborative project by Wynne Greenwood and K8 Hardy, Ketchup & Blood, a video performances by Paul McCarthy, a retrospective of Norwegian artist Torbjørn Rødland’s photographs, Merijn Hos’ exhibition Wood Scultpures and the William Wegman video Flo/Flow. The two latter are also part of the kunsthall’s Art for Kids program.

Visit Kunsthall Stavanger’s exhibition page for a full list of current and upcoming exhibitions and programming.

The kunsthall is centrally located at Madlaveien 33 in Stavanger, and is open Wednesday – Friday 12pm – 4pm, and Saturday and Sunday 11am – 4pm. 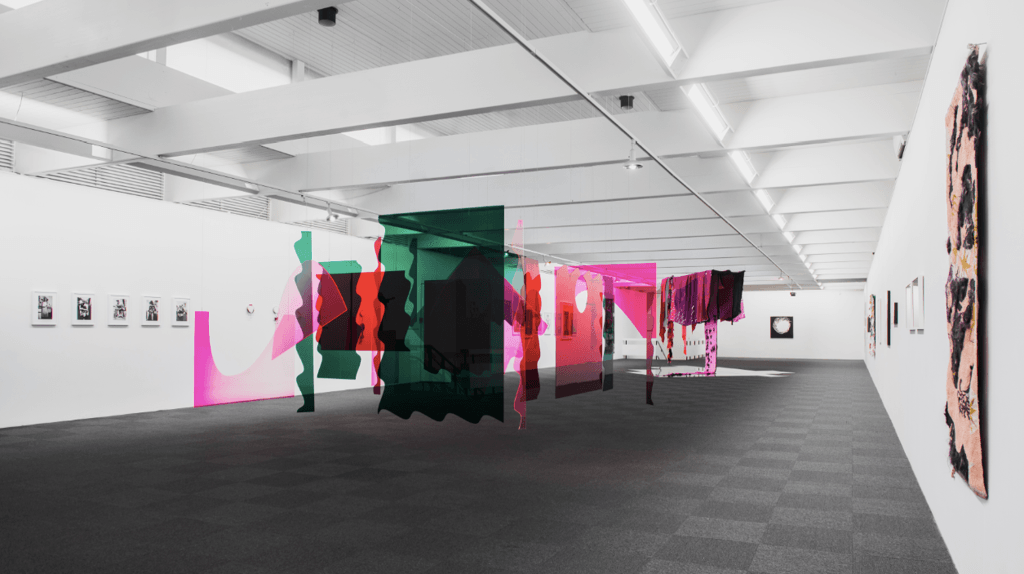 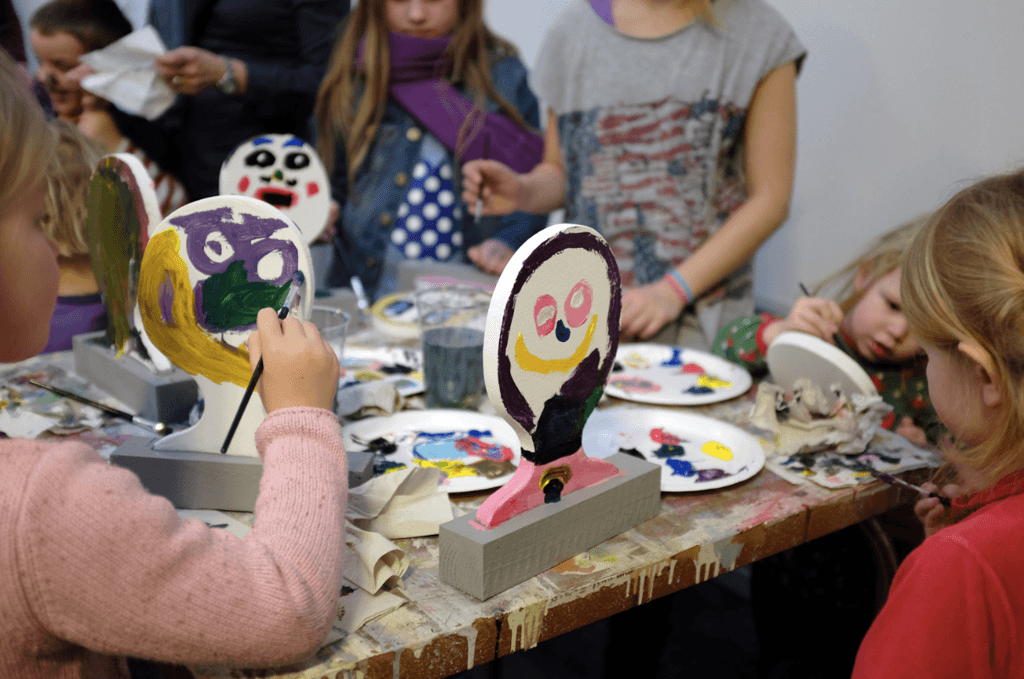 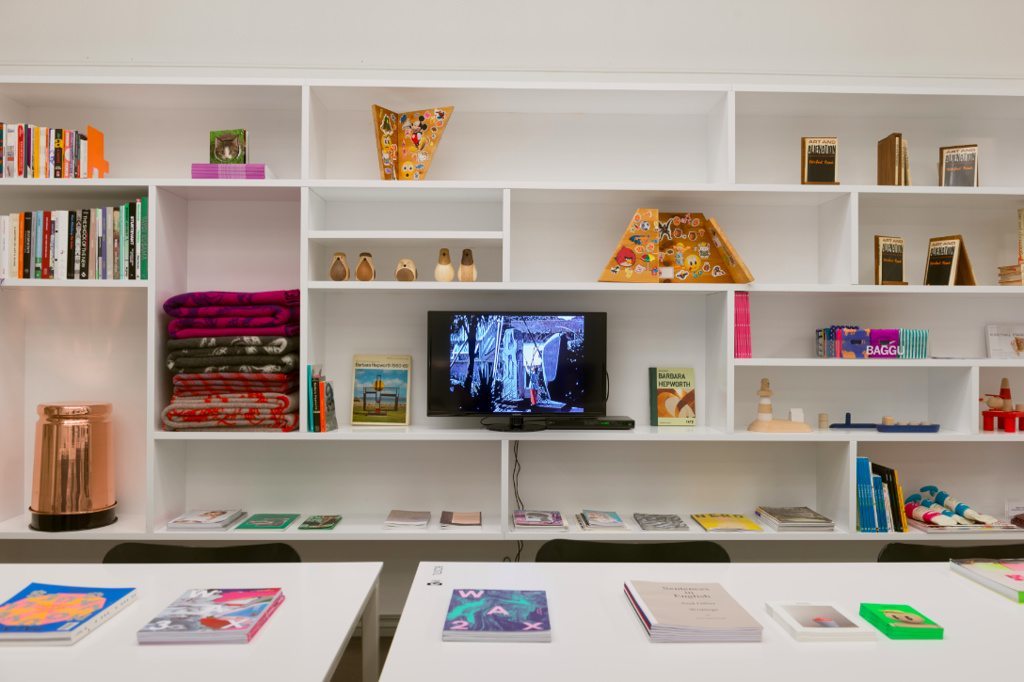 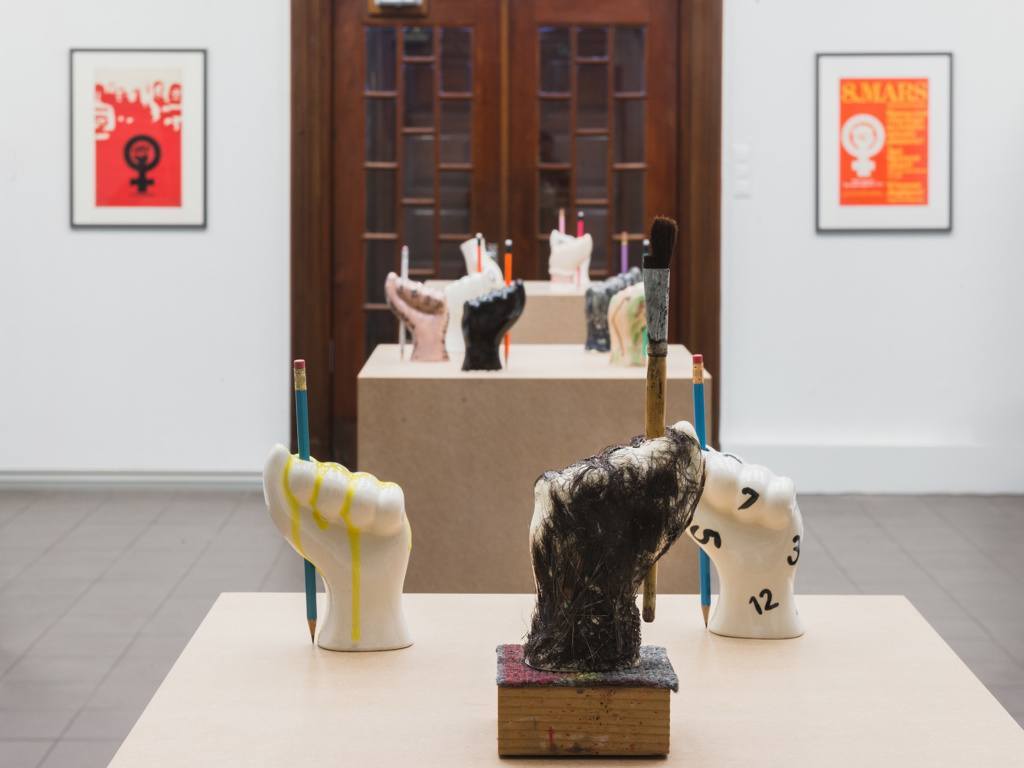 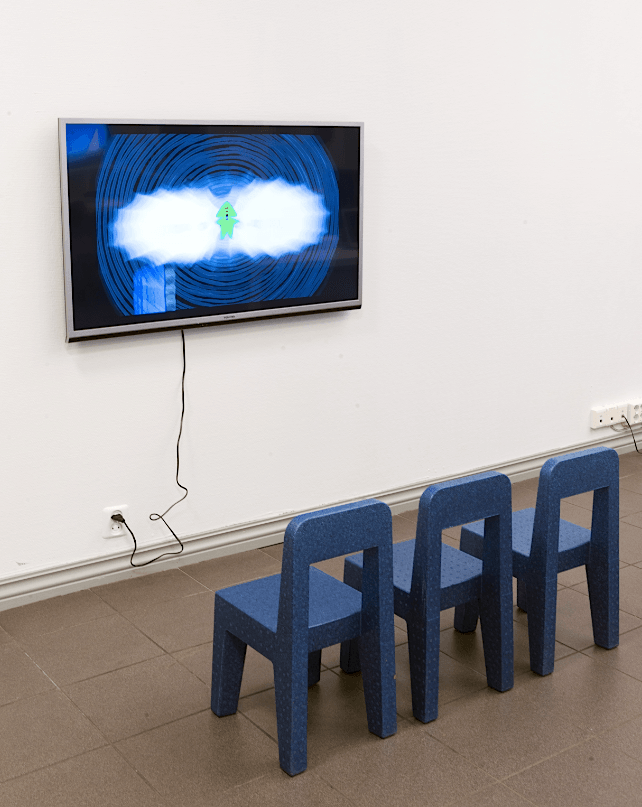 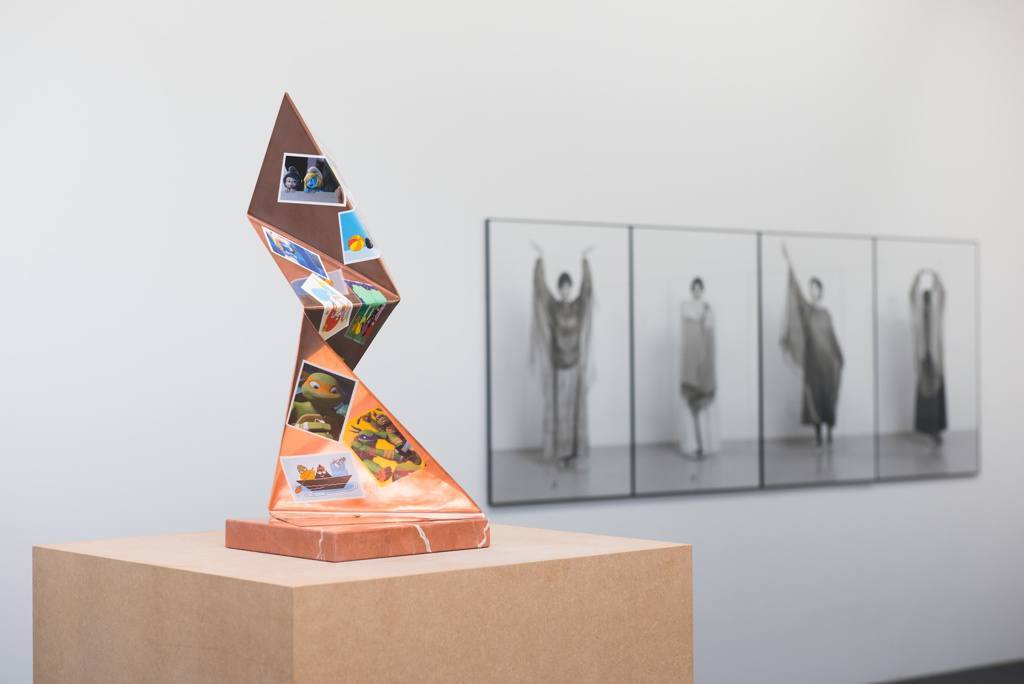 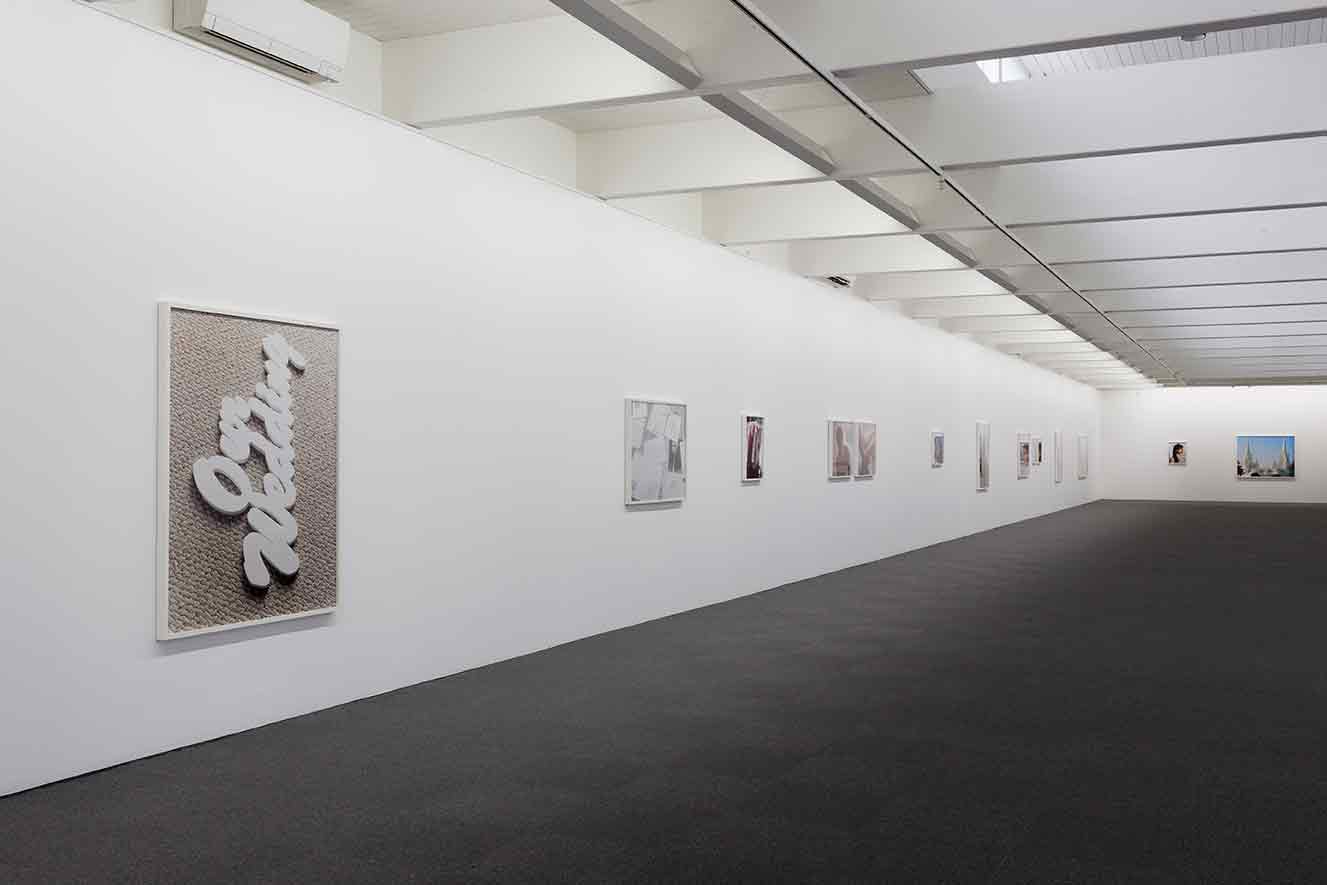