Studio K: Exhibition «A caterpillar is curled in a green ring», Ananda Serné 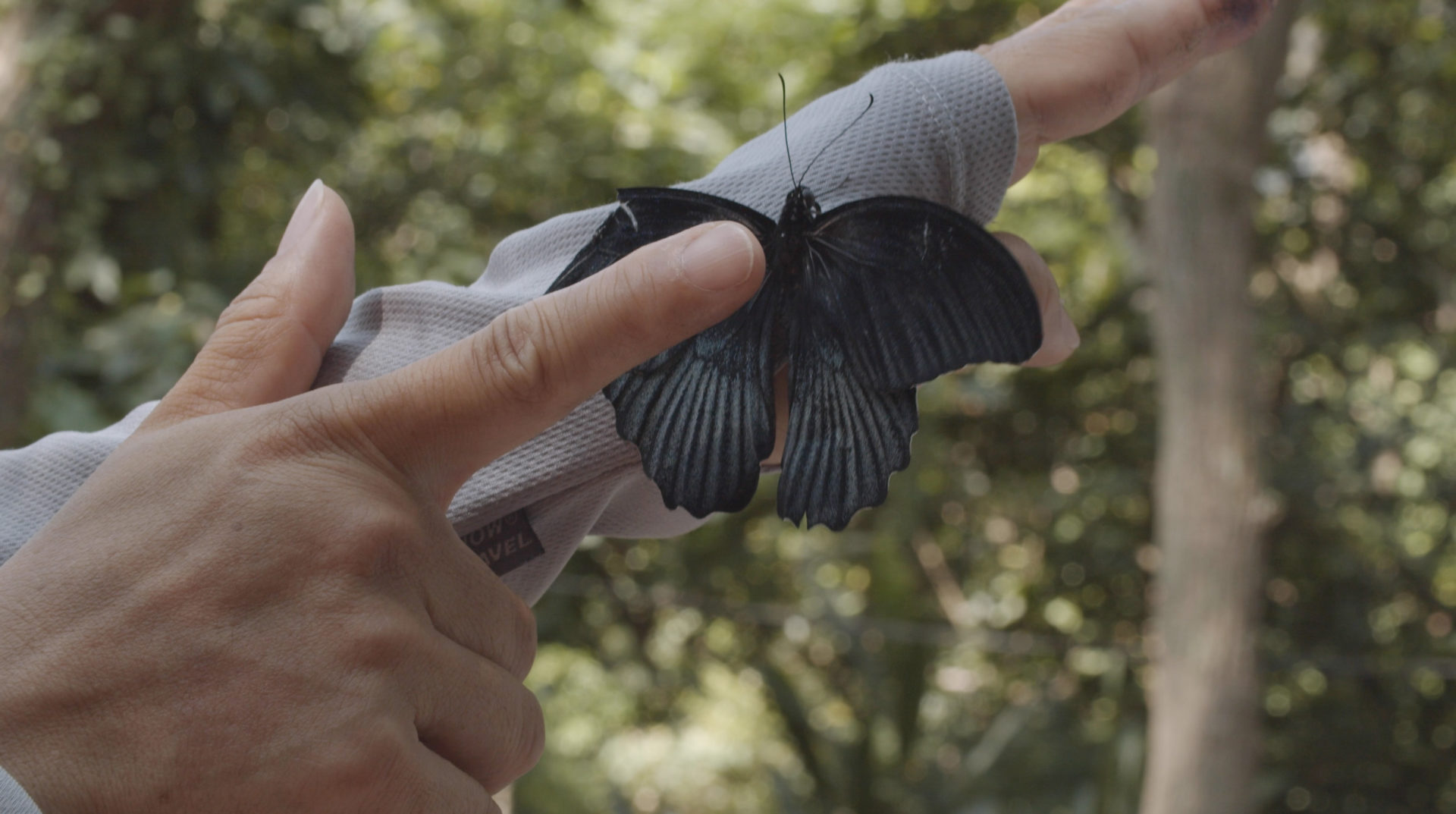 The repetition and rhythm of insects’ sounds can be perceived as machinelike. Shot in and around Taipei, the video ‘A caterpillar is curled in a green ring’ unfolds in a series of visual and auditory impressions of insects in a manmade environment. It includes references to the names of insects in Taiwanese sign language and to the repetition that occurs during the process of learning a new tongue. These images are set to a soundtrack partly consisting of recordings made by an entomologist who collected insect sounds that without amplification would be inaudible to the human ear.

Moths are known for their strong fascination for artificial sources of light. Lamps can distract them to the extent that they forget about everything else, perhaps similar to the way in which humans are drawn to screens. ‘Night-scented Flower I&II’ are infrared photographs of nocturnally blooming flowers (that moths feed on) translated into woven tapestry by a digital Jacquard loom. The work refers to the origin of the word ‘software bug’ that is often associated with failure, and to the moth that computer pioneer Grace Hopper and her team found inside a Harvard Mark II computer back in 1947.

This project is supported by Rogaland Fylkeskommune and Time Kommune.