Ciara Phillips – Whatever happened to that bridge we crossed? 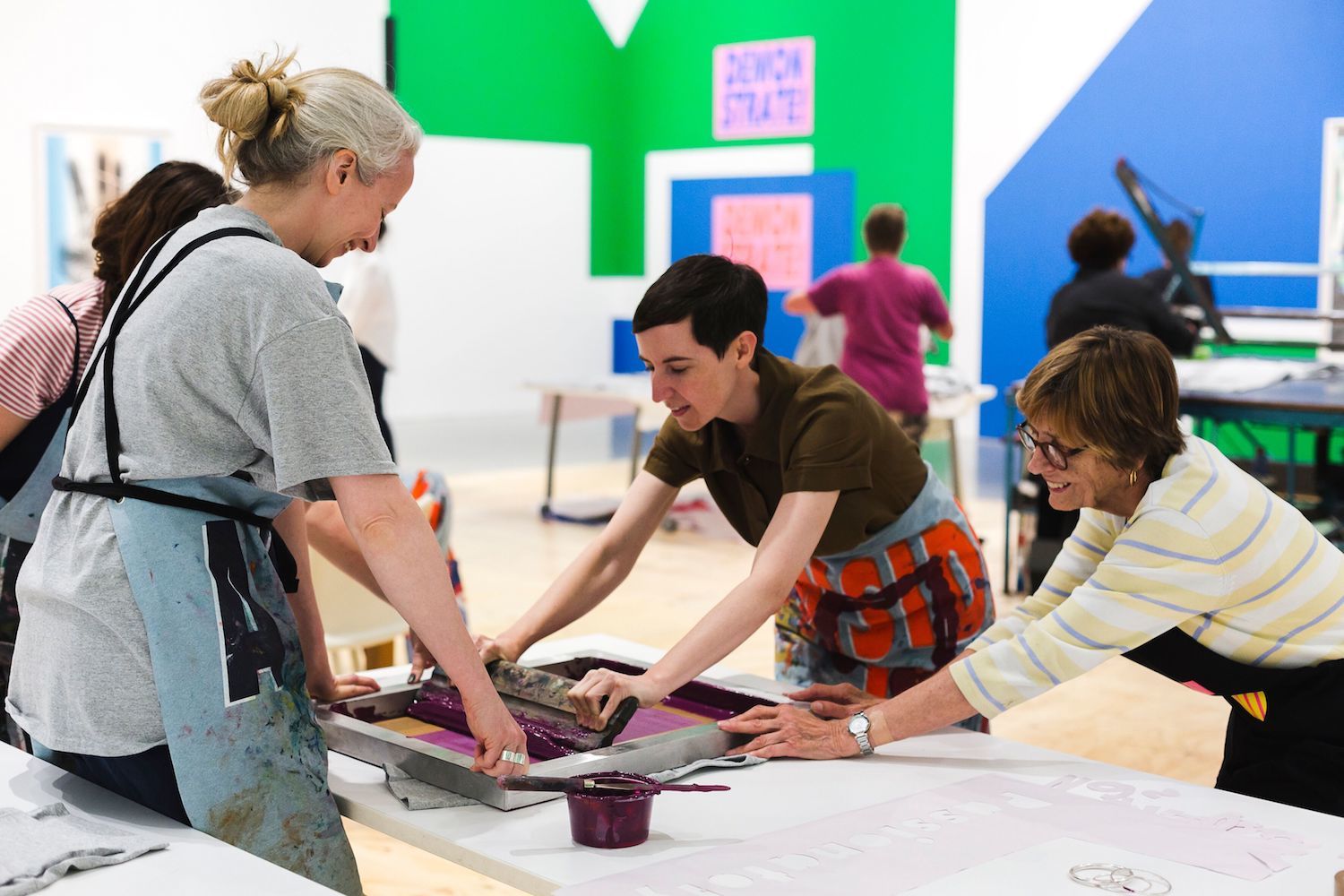 Ciara Phillips is an artist living and working in Glasgow, Scotland. Working predominantly with printmaking, Phillips’ practice is both expansive and experimental. Transforming galleries and exhibition spaces into a functional studio and printing workshop, Phillips often invites individual artists, designers and different community groups to participate in her projects through the act of making art together. Influenced by the historical uses of the print and printmaking in political and social activism, as well as the often collaborative physical process of production, Phillips examines the capacity of printmaking to unite people in the pursuit of a purpose or idea. Referencing the work of artists’ collectives such as See Red Women’s Workshop and Chicago Women’s Graphics Collective, Phillips’ practice is also informed by the pedagogical methods of Corita Kent (1918–86), an American artist and educator.

The exhibition is supported by Fritt Ord.