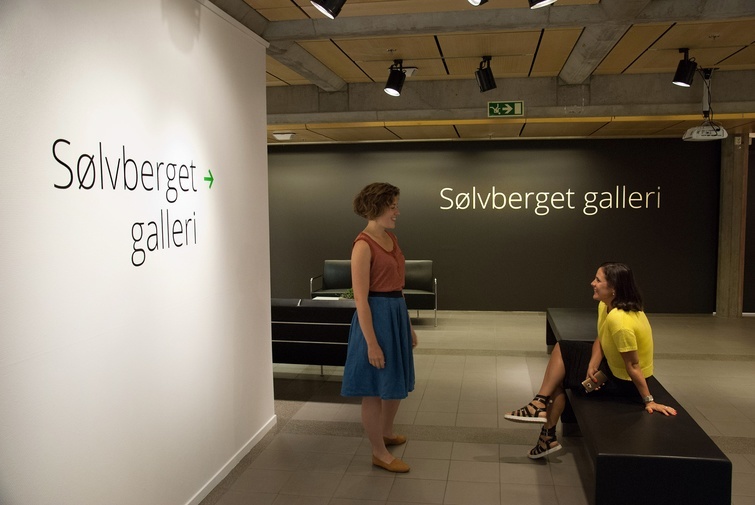 Galleri Sølvberget reopened in September of 2015 after a nearly five-year hiatus. The gallery is nestled inside the building of Stavanger Kulturhus, along with a library, a cinema, café and more. The first exhibition in the renovated 280sqm premises was Smellscapes by Sissel Tolaas – an exhibit that covered several aspects of the gallery’s stated new programmatic profile: The exhibition focused on aromas and was both sensory and experiential, of high international quality, and reflected the other program activities in Stavanger Kulturhus, by linking it to the literature festival Kapittel through the theme “America”.

When the gallery closed its doors temporarily in 2011, it was amid vocal protests from the city’s art scene. Since 1987, the nonprofit gallery has been an important art institution in Stavanger with a high volume of visitors. Since its inception the gallery has collaborated with major national and international art institutions, which has made it possible to present works by artists including Inger Sitter, Kjell Erik Killi-Olsen, Kjell Nupen, Tom Sandberg, Per Barclay, Fin Serck-Hanssen, Jan Håfström, Christo, Robert Mapplethorpe, Andres Serrano, Joseph Beuys, Nam June Paik, Louise Bourgeois, Andy Warhol, Robert Rauschenberg, Per Kirkeby, Richard Hamilton, Kiki Smith, Vanessa Phaff, Ida Applebroog, Julie Roberts and many more.

In fall of 2010, Stavanger Kulturhus imposed new budgetary cuts and proposed to close the gallery. This had happened once before in 1997, but the gallery was then rescued by a strong mobilization of the national art community against the closure of the gallery. After a new round of protests and broad media coverage following the announcement in 2010, it was decided that the gallery would be continued in “the new Sølvberget”,. as part of the rehabilitation of the entire rehabilitation of Stavanger Kulturhus.

With the reopening, the gallery has formulated a new program profile that targets high-quality contemporary art and states that there will be 4-5 exhibitions held annually. The gallery’s website promises that “the exhibitions will strive to display works of local, regional, national and international artists. As part of Stavanger Kulturhus, the gallery’s exhibitions shall reflect the house’s other program activities which include literature, film, music and freedom of expression.” Relevant social topics are to be raised, and every two years they will also arrange a sensory and experience-based exhibition aimed towards children and youth.

The gallery’s opening hours follow the library hours on the 1st floor: