Screen City, a biennale of moving image in the public space, will be on view in Stavanger from October 12-31. Through a curated selection of artworks and public programming, the biennale explores the relationships between moving image, sound, architecture and the community. Titled Migrating Stories, Stavanger Harbor, the 2017 edition of Screen City will be on view throughout Stavanger's public spaces and in collaboration with many of the cities cultural institutions. Below, we spoke with Screen City Founder Daniela Arriado about the history, current edition, and future trajectory of the biennale. 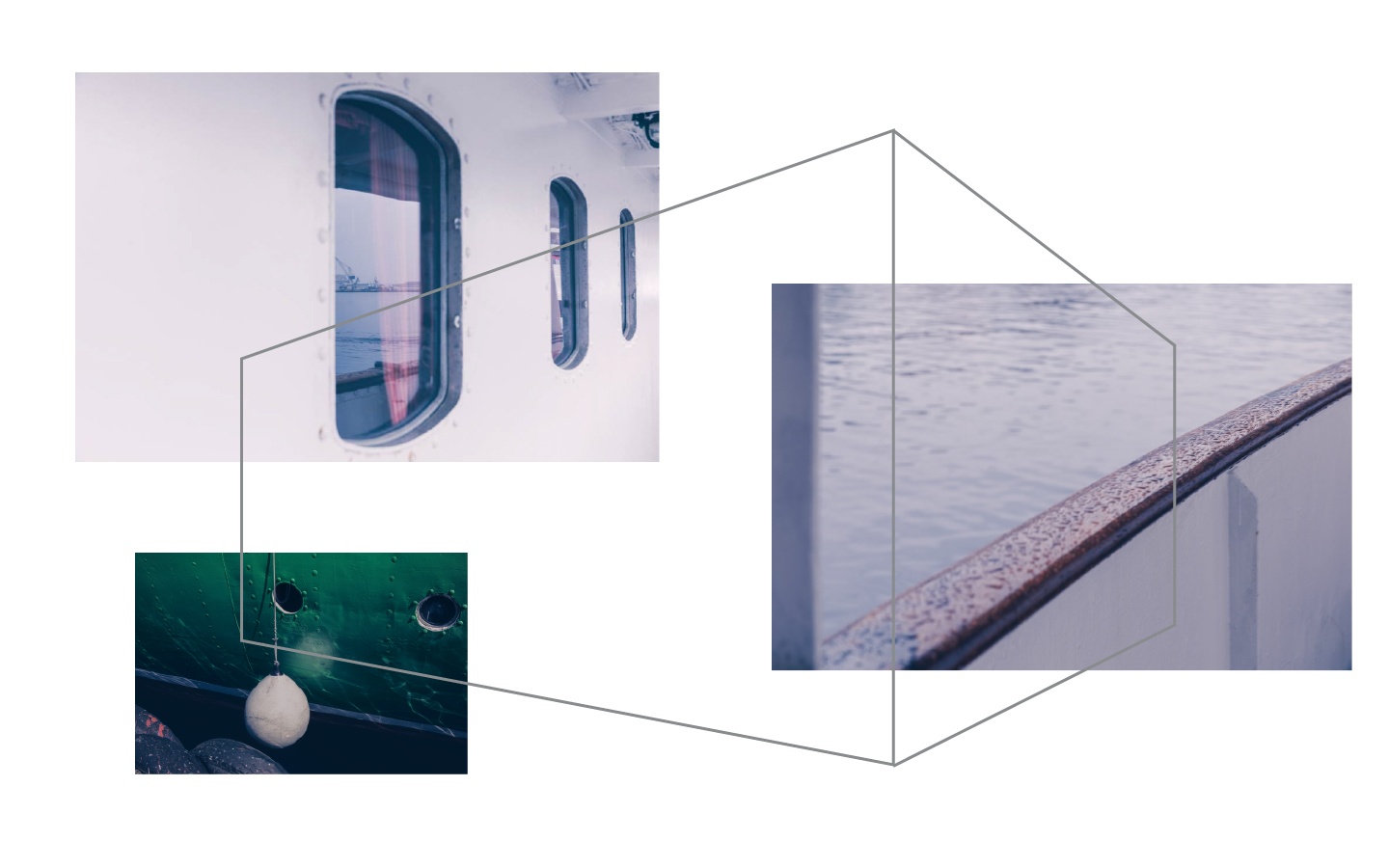 Heather Jones: In what year did Screen City begin and by whom? What was the impetus behind the project, and what are its current goals?

Daniela Arriado: Screen City started as a festival dedicated to presenting moving image artworks in public space via temporary “neighborhood projections” and DIY infrastructures. These concepts are inspired in particular by a previous project called Screen Passage from 2011, initiated together with local artists in Stavanger in collaboration with Urban Sjøfront and shop owners. Screen Passage unfolded in Pedersgata, a street in Stavanger connecting the city centre with the fast-growing east side of the city. A lot of spaces became empty after the old working-class neighbourhood struggled to keep up with the city’s fast development due to becoming the “oil capital” of Norway in the 1960s and 1970s. Screen Passage made temporary use of the empty spaces in Stavanger, displaying moving images as window projections and on screens behind shop windows.

From this temporary, bottom-up infrastructure for moving image artworks developed the concept of Screen City Festival in 2013 and a second edition in 2015 founded and directed by me, in collaboration with international guest curators. Overall, the festival explores how public space can be “reshaped” through digital art through relationships between image, sound, architecture and urban regeneration.

The 2013 theme, Shaping Public Space – Moving Cityscapes, explores different perspectives on how to construct and deconstruct the city. It compares the spatial practice of everyday life with the representations of space, how we perceive our city and how we conceptualize it, speaking to a changing vision for the urban context of Stavanger. The 2015 theme, Labour and the City – In Between, considers how a post-industrial climate has left us with fluctuating definitions of labour, exploitation of labour and an unknown economic future, and how these industrial changes affect a city’s architectonic and social rooms.

HJ: I understand that Screen City has taken several different forms during its development. How would you define it now? Will it consistently exist as a biennale in Stavanger from now on?

DA: Today, the new digital/technological materials and architectures of art allow for new forms of urban interferences, new ways in which the art can intervene in our everyday lives. Screen City Biennial is born within this digital culture and aims to create a meeting between art, technology and public space, in a conversation between the audience, the artist and the city. From this year on, it will be presented as a Biennial – stretching during the whole month of October, and developed in collaboration with several art institutions and partners in the city. The expanded cinema already has its place in the history of art, but I think today we are witnessing it reaching another level, both in terms of production and visibility. Art’s expansion into Mobile Audio, Augmented and Virtual Reality formats allows for the art to integrate into the urban context in very sophisticated blends with reality. Screen City Biennial wishes to facilitate this.

HJ: You just touched on this briefly, but can you tell us a bit more about what you mean by the term ‘expanded cinema?’

DA: When we refer to expanded cinema in art we oftentimes refer back to the experimentations with bringing the moving image out of the cinema space in the 1960s and 1970s, from immersive dome installations to musical performances and of course Jeffrey Shaw’s experiments in public space. These visual experimentations were concerned with liberating the audience from fixed viewing structures otherwise facilitated by the black box cinema space and play with other modes of perception. I think we can still say that the experimentation with human perception in relation to the world as presented to us is a strong motivation in contemporary forms of the ‘expanded’ moving image.

HJ: Can you tell us about your background, and how you came to be involved with art generally and moving image works specifically?

DA: After many years practicing and creating music I wanted a change, both in terms of genre and practice. I passed through the Art History journey, and ended up with an BA in Arts administration. This lead me to work with several cultural productions and festivals related to public art.

I’ve always been drawn to public art and to the aesthetics of resistance. Maybe it was related to my early punk, and underground music days, but Street Art was a strong starting point and inspiration, (back then when you didn’t ask for permission to paint on walls), and also early, critical media art interventions in public space inspired my practice as mediator. It created a feeling of duty, and the importance of mediating ideas that where to independent for or neglected by the institutionalized art world. This also includes disciplinary genres like Bio Art. I was introduced to this interesting, and profound niche working as the producer of the Article Biennial arranged in Stavanger by iolab- centre for future arts. It was around this time I also discovered the urban screens movement, which was born from the idea of reclaiming the screens (an anti-advertisement line) and the exploration of (an expanded) moving image – new (interactive) technologies and architecture.

This movement, lead by a Public Art Lab (Berlin) to Streaming Museum (New York), I believe represented a new avant-garde, and the contemporary digital culture, still coming in full speed towards us. Between 2009-2011, I developed the Public Art Screens project for iolab, bringing art screens to public space and to people`s everyday lives. …and this brings me to Screen City.

HJ: I would also be interested to hear how the curatorial focus is chosen, how Screen City collaborates with institutions and the city, and for how long the festival runs.

DA: The topic of migration was selected because this as an urgent matter in our society today. Regardless of border and nationality we see this affecting the whole world and these matters are being reflected in the arts. The artworks included in the 2017 Biennial program have been invited based on their thematic considerations on how they speak to and expand on the theme of ‘migration’. Their works reflect deeply upon journeys, diasporas and post-colonialism, transformation of place, and ‘alien’ realities. Together with co-curator Tanya Toft, we have taken into account this increasingly multi-sensible dimension emerging with art’s migration with technology. The focus has therefor been on new moving image formats like augmented reality, virtual reality, formats that creates new dialogues between the audio and the visual, and its relation to space. A Biennial is a long-term project, with a totally different structure that a festival. And to build a strong biennial, you need a strong relation and collaboration with the local community and venues. Since the start, we have collaborated with art organisations like Rogaland Kunstsenter, Tou Scene and Konserthuset, this time we have also Kunsthallen, Kunstmuseet, Studio17 and Maritime Museum with us. We collaborate on the program and presentation, some are guest curating, others are hosting the biennial projects.

HJ: As with the initial project in 2011, I understand that many of these works will be visible from the street level. How do you think about the biennale in relation to public art?

DA: The biennial seeks to explore and further an alley of public art that develops in between the expanded moving image, architecture, sound, technologies and digital culture. We are interested in how aesthetic trajectories develop in public space while engaging with citizens as audiences, cultures and the environment – more than seeking to define a new category of ‘public art’. The artworks we present are mostly temporary installations that will hopefully leave traces on people`s memories rather than on the physical environment.

HJ: What can viewers look forward to for the 2017 edition of Screen City?

DA: This year we had the opportunity to commission several works, which required access to archival material and gave the possibility to go deeper in terms of production, connecting the works to the city in a way we haven’t been able to achieve before. The 2017 Biennial takes the harbour of Stavanger as the historical, site-contextual and conceptual point of departure, presenting artworks along a route from Stavanger’s west end through the city harbour to its eastern district. We have therefor worked closely with the Maritime Museum and the Petroleum Museum, both for research and presentation of the works. For this edition, we have chosen to slowly migrate the biennial online, which will be a long-term project, also for next year, as we see a need for activating new exhibition platforms. We now present an online-screening program curated by an extended list of guest curators, Inês Grosso (Portugal), Fernanda Parente (Brasil), Vanina Saracino (Italy), Tina Sauerlander and Olaf Stüber (Germany).

DANIELA ARRIADO (Norway/Chile) is the Director and founder of Screen City Biennial, and the Art Republic, a platform dedicated to digital art and public space. Her work explores new curatorial approaches towards expanded borders of cinematic experiences and the audio-visual: the origin and vision behind Screen City, founded in 2013. This approach has also empowered her work on pilot projects concerning urban screens and online streaming platforms for video art and animation, aiming to pave new waves for the distribution and dissemination of the moving image to the public. She is a member of PNEK – Production Network for Electronic Arts, Norway, and art consultant for several projects. Arriado is based in Berlin since 2012. Learn more about her practice here.