Anja Carr is an artist based in Oslo, a graduate of the Art Academies in Bergen, Berlin (Weissensee) and Oslo. Her latest exhibition, Peachy Blue, runs at Prosjektrom Normanns, Stavanger until 10th March. Here she discusses this new exhibition, My Little Pony toys, adult fantasy and how she works with performance, sculpture, installation and photography. 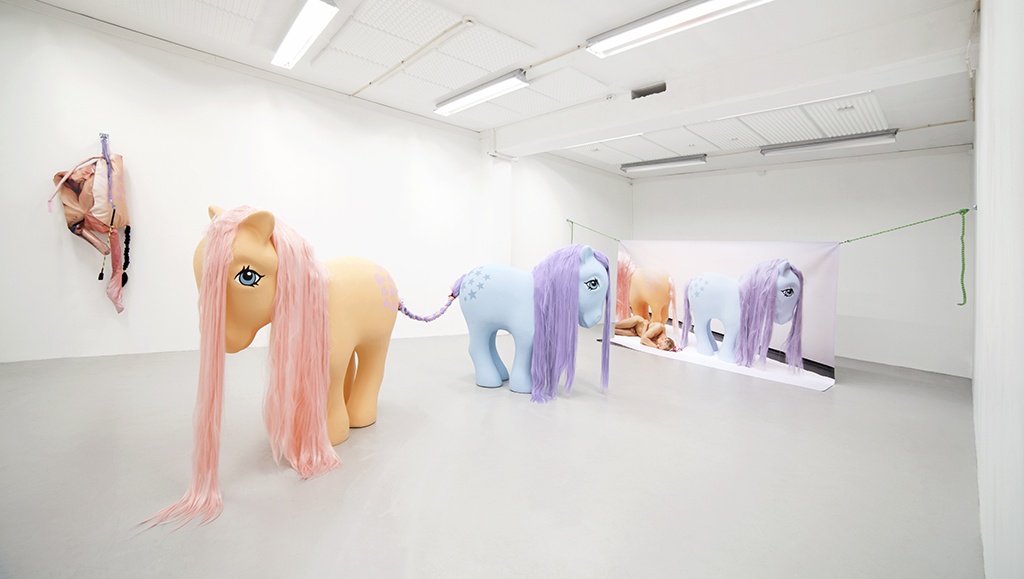 Charlotte Jansen: Last time I interviewed you, it was on a bus in London. I always find it hard to place the time of year in memories of London because of the weather, but I know it was shortly before your first solo exhibition in the UK capital, at the Agency Gallery, titled LET GO! and so it must have been June 2014.

Anja Carr: Yes, that was fun. I’ve done another solo show in London since then. Love that city, my British family really spoil me when I’m there. Last time I was over, a colleague I met during a one-night collaboration at Kunstnernes Hus in Oslo just before – Bruce Asbestos – took me on a gallery-tour to a few hidden places, so now I feel like I have a slightly better idea of the London scene.

CJ: Aside from London, quite a lot has happened for you, of course.

AC: I am lucky to be busy – I’ve also had solo shows at CANDYLAND in Stockholm, Skåne Art Association in Malmö, also in Sweden, LYNX – the pavilion in the Vigeland park in Oslo and a few more places since then. This summer I took part in the exhibition “When Will I Be Little Again?” at the Tadeusz Kantor Museum in Kraków. The curator Joanna Zielińska did an amazing job and I had this rare and nice feeling that there are actually quite a few people in this world having similar artistic interests as me.

CJ: Ha! You exhibited alongside Guy Ben-Ner and Tony Oursler among others in Poland, there do seem to be very strong connections between your works, did you know their work well before?

AC: I’ve seen Tony Oursler’s works at different museums. His video was projected on the wall for this show, but perhaps there is a connection between his soft cloth figures with video projections and my handmade costumes that become sculptures. The theme of the show was childhood vs. adulthood, but when you mention it I see similar methods when Guy Ben-Ner’s use his own home in colourful video-works and my performance-photography where I use my old kitchen and other home-like settings.

CJ: That juxtaposition of childlike and adult qualities, objects, and emotions, is also something you use in your work to ask certain questions about how we view the world. Can you tell me more about the roots of why you delve into this in your artwork? I know your Father’s practice as a psychologist has influenced you along the way…

AC: I used to read a lot of Carl Jung etc. when I was younger – but actually I don’t want to analyse my background and practice too much, the works are reflections in their own…

CJ: Now you are back in Norway, your home country. Some of the work for this show in Stavanger was also part of a performance at the end of 2016, I believe?

AC: Yes, the two pony-sculptures were part of a non-public performance for pupils at the new Amalie Skram school in Bergen, financed by KORO – Public Art Norway and Hordaland County Council. A naked model and a security guard interacted with the sculptures and a photograph from this performance is on display in the show as well, printed in 204 x 300 cm on PVC, hanging from pony-ropes in tetherings, titled “I båsen”. A copy of the same photo-print on PVC forms another sculpture titled “Hårpisk”: The model and one of the ponies are cut out from the picture and this shape is sewn together by hand and stuffed, making it semi-abstract, with my own hair, a pony-whip and pony-comb attached to it. This kind of translations between 2D to 3D interests me.

CJ: There has always been that consistent interest in your work, and between moving and static, so the viewer can get very different ideas about your practice depending on what they encounter first. Why these different media?

AC: I’m influenced by the digital world we live in, where images – documentation of reality – is often the dominating way in which we experience. How objects can become charged with history if they have been part of a performance, or contain traces of an action, interests me. I started with photography really early and enjoy the working situations being so different. For this show I actually used analogue film for the first time since I was a teenager, enabling bigger formats.

AC: I used to draw and paint very realistic and surrealistic when I was a kid and my grandmother thinks it’s such a shame that I stopped doing that. She just told me a painting I did when I was 10 is one of the best works I’ve done. I don’t know if that’s a compliment, haha. But I was sick of being clever in that sense. However, compositions is still a big part of my work, so it’s nice to have all that training.

CJ: How long has this exhibition been on your mind?

AC: Since Kristin Velle-George invited me one and a half year ago. I like to work on several shows at the same time.

CJ: Despite this moving between ideas all of your exhibitions and performances do form a kind of continuum, episodes or chapters that follow on from the last and are part of an overarching idea, drawn together by your very carefully considered aesthetics. Is it important to you that people connect the works?

AC: I guess my photo series “Moments” can be seen as episodes, each photograph being from now 14 separate performances with individual costumes. Because I exhibit them together with the same frames people automatically connect them and discover new narratives. It’s important that the works in a show complement each other  – otherwise there would be no point in showing them together. In general I’m hoping my pieces can work on more levels if you dig deeper into my practice.

CJ: In the new exhibition in Stavanger, you continue looking at “Bronies”—the mostly adult, male fans of My Little Pony toys and animations – you have been looking more at the written fantasies they post at online platforms?

AC: It’s interesting how they use characters that already exists and create their own stories about them. I’m using a similar method – adopting well-known or less-known characters with a twist and making them my own.

CJ: That’s true. So how did you first come across Bronies?

AC: Presumably when I did research on furries – another fandom: People developing their own anthropomorphic characters, some of them having full-body fur suits that I’ve included in my previous shows. I know Bronies appeared around 2010/2011 – at the time when I created my first pony-costume.

CJ: What is it that fascinates you about Bronies and furries?

AC: They challenge the human need to categorise children/adult, male/female etc. in a distinct way and shows how the Internet can gather so many people from all over the world interested in a very marginal phenomenon. I think I have a lot in common with both furries and bronies, but I’m working in another context.

CJ: Have you ever met any? 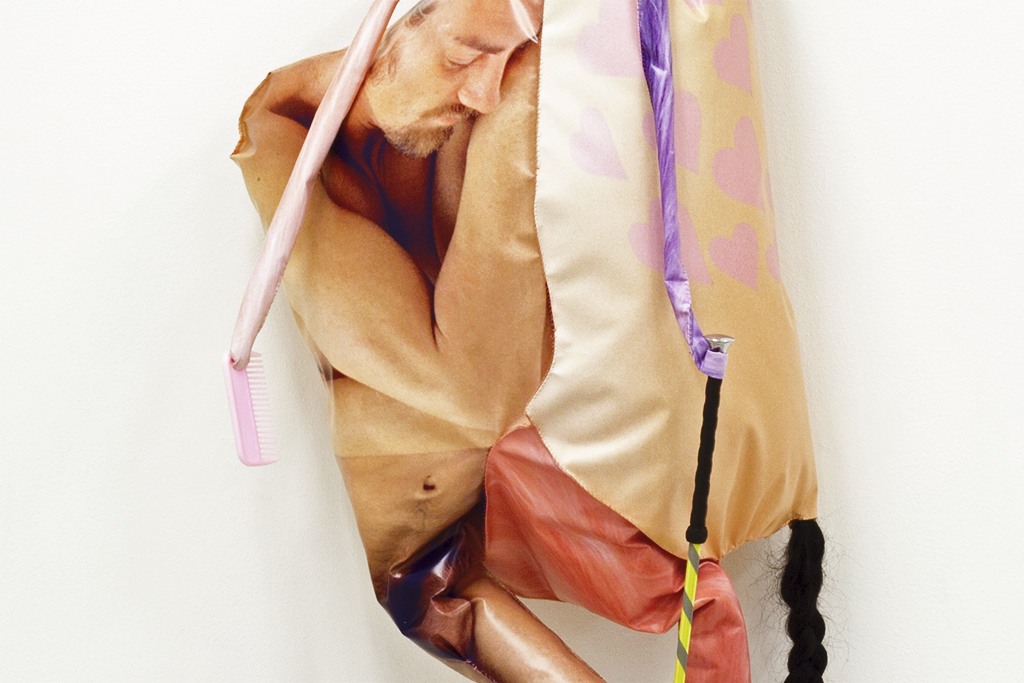 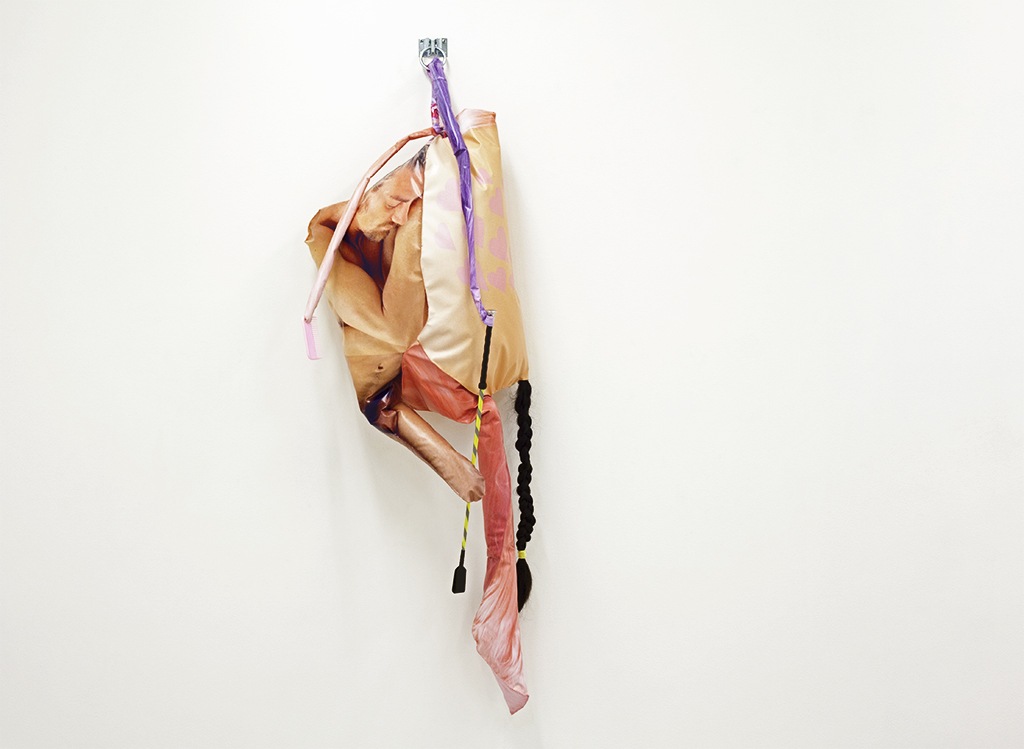 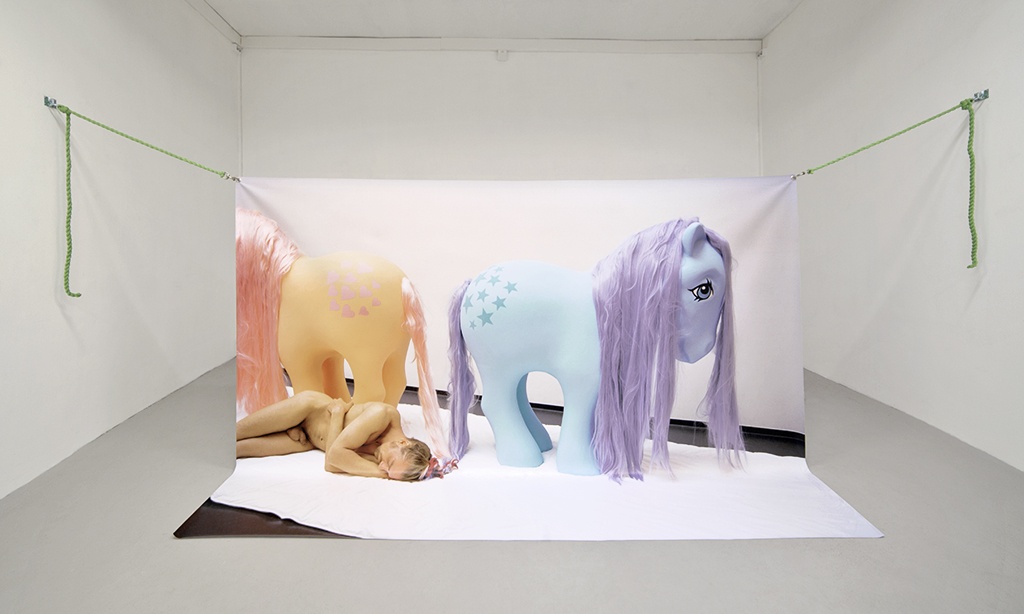 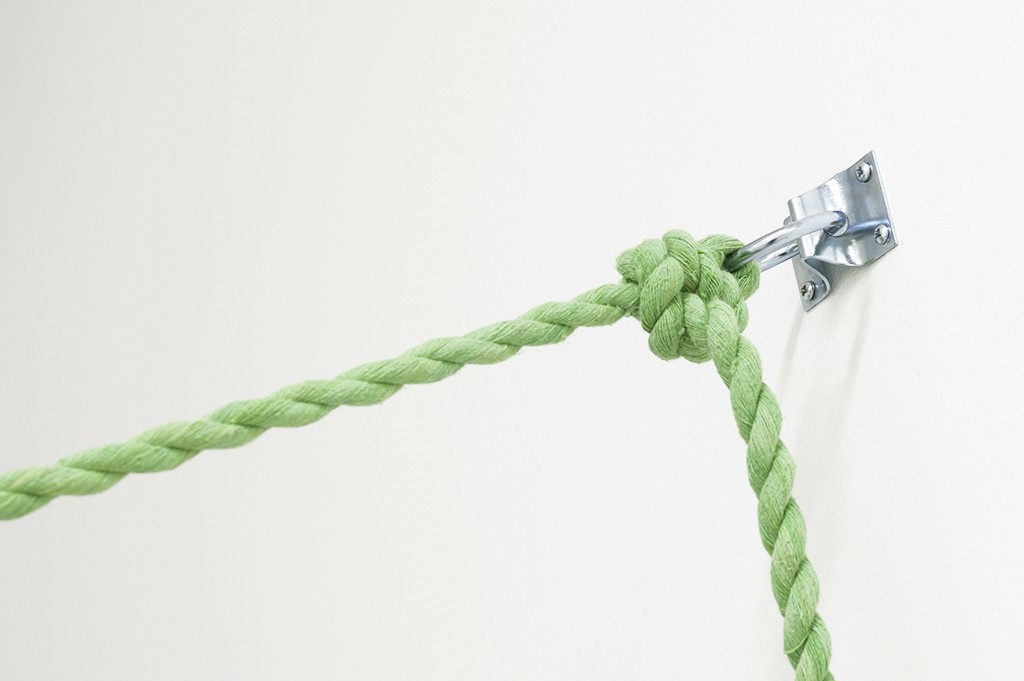 CJ: Tell me how you made the installation Peachy Blue and the two ‘real life’ size pony sculptures?

AC: They are made with XPS – a material from the building industry – cut with a CNC-cutting machine. On top there’s a layer of acrylic-based plaster and paint. And a lot of sanding in between to get that super smooth look.

CJ: You quite often go for a smooth look, but your sculptures usually have something repulsive about them too, they play with this juxtaposition of seduction and repulsion that we often confront in our own bodily functions.

AC: I guess the repulsive has been more explicitly in previous shows, where I have used bacon or even excrement, but talking about seduction the ponies’ 1,5 metre long, tactile hair makes people want to touch them. If not repulsive, it’s perhaps a bit dystopian, the way their tails are braided together, limiting their mobility, as if they were the victim of an evil child. And some people find it disturbing with an adult, naked man mixed with these toys.

CJ: How did it go when you used the pony sculptures in a performance at a school in Bergen, your hometown?

CJ: That’s brilliant! So it achieved exactly the blurring of reality and fiction you wanted. Thinking of this nowadays with the politics of our day and ‘fake facts’ it becomes very disquieting…

It’s interesting this re-introducing of toys to young people, via the adult fantasy… It’s an intriguing way of exploring the way that the toys have been used ‘wrongly’ or against their intended purpose. Is that something you were thinking about? The toys are of course originally marketed towards young girls. How critical are you of gender-coded toys?

AC: The pupils were 16-19 years old – in between child and adult – which suits my works well. I think it’s quite silly how these gender codes get worse and worse, but of course it’s a genius marketing trick to sell twice as many toys because girls and boys “can not share”.

Is there a sexual current in the Brony subculture – in the press-release there is a reference to the peach and its connotations of a pert bottom.

AC: I’m not sure the sexual aspect is such a big thing, probably it’s just a very small group within the Brony subculture. Like the furry fandom everyone else but themselves thinks it’s a fetish, and that’s quite intriguing. I like to play with people’s prejudices. Absurd, dreamlike image connections interests me – one of the original ponies’ name is Peachy, she certainly have a plump bottom and people use peach emoji’s to symbolise female human butts…

Last time we met, you talked about cutting your very long hair, and your 69 cm old braid appears in this exhibition – actually braids are somewhat of a motif in this exhibition, between the naked man, the ponies and your own hair… It considers many of these social, cultural and historical ideas associated with and represented by the braid… Can you tell me more about your interests there?

AC: In one of the first public performance I did in 2007, my hair was connected to an installation with more hair, bacon etc. I am still interested in these materials that are object and subject at the same time – the repulsive aspect that you mentioned. This time also the non-verbal communication of braids in different decades and cultures, expressing status and putting people in categories, like social media and politics tends to do today.

Charlotte Jansen is a British Sri Lankan arts and culture journalist and editor-at-large at Elephant magazine. She writes for The Guardian, Vice, Wallpaper*, Artsy and AnOther magazine. Her first book, Girl on Girl: Art and Photography in the Age of the Female Gaze, published by Laurence King, UK, releases in April 2017.