This summer independent curator Amanda Abi Khalil visited Stavanger to speak at Kunsthall Stavanger about the idea of Beirut as a cultural ‘exception’. 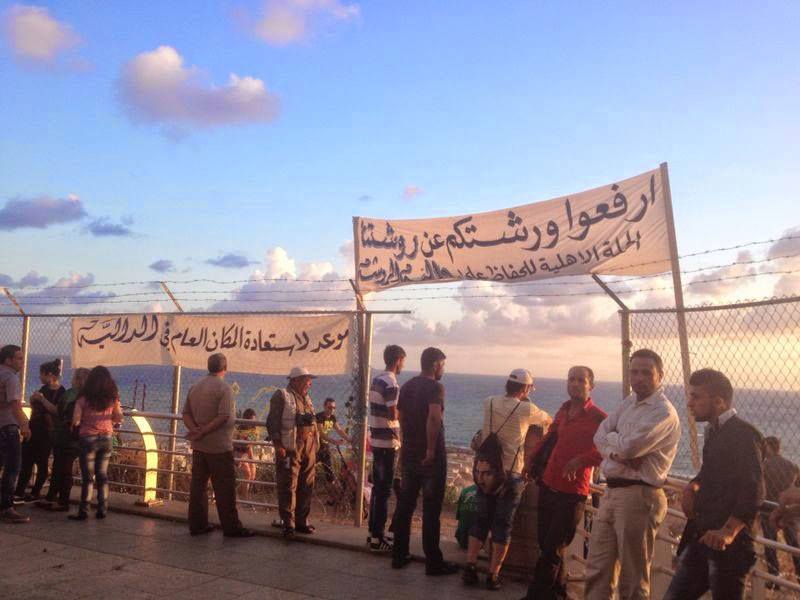 Image published online. Civil Campaign for the protection of Dalieh, 2014

Lebanon’s capital is a perfect screen for hyperbolic projections. Beirut has long appeared in many different ways: as an escape from war and dystopia, a gateway to the Middle East, an eastern outpost for a better life, and most recently, a center for the disaster of capitalism in the Mediterranean. But for the artists and intellectuals who have been drawn to it, Beirut has been a place for vital experimentation. Amanda Abi Khalil is the Founder and Director of Temporary Art Platform, an association based in Beirut that focuses on the production and promotion of art practices in public spaces. The Platform aims to shift art practice and discourse towards a complex contextual network of public interests and concerns. Its mission is realized through three initiatives: research, public interventions, and the percent for art. The structure of Abi Khalil’s lecture alternated between biographical narratives and statements of fact and fiction, a story told by a curator looking for criteria that makes sense of her struggles, hopes and disillusioned wants. In this way the lecture opened up a space for a debate about the contemporary art scene in Lebanon. She projected a future, a situation, or a scenario that highlighted the contradictions and absurdities of artistic and curatorial criteria that is being reinvented and defined in Lebanon today. CAS was present during the talk and asked Amanda Abi Khalil a few questions.

Astrid Helen Windingstad: Can you briefly outline the relationship between art, public space and politics in Beirut?

Amanda Abi Khalil: First of all, the understanding of public space in Beirut is very tightly related to politics and is to be read in the context of a total absence of urban policies. If Beirut doesn’t have enough squares, parks, public beaches – often these spaces are privatized, closed or remain inaccessible – other forms of shared spaces where public life and communities coexist par excellence do exist even if the typologies of these spaces are different from the commonly defined public ones.

With Temporary Art Platform, the association I launched a year ago, we are building an inventory in the form of a database to understand the history, aesthetics, and legal frameworks for art practices in the public realm in Lebanon. There are many reasons for the scarcity of these practices, one of them being the complex administrative procedures and highly contested spaces. At times, even when the work or the project was officially permitted, it was exposed to censorship, vandalism or public rejection.

AHW: Is the signification of Beirut as a city, necessarily linked to the unstable urban development policy, and the history of violent conflict in Lebanon?

AAK: I am not sure about the ‘’signification’’ of Beirut as a city; do cities have a common signification? For sure, the recent history of Beirut and the rapid urban, social and political changes make its apparent significance a rather constantly escaping one than fixated in a single image or representation. Lebanese contemporary artists have dealt a lot with the representation of Beirut, through its cityscape, its people or through unsettling desires; a theme that artists never stopped exploring. I always say that Beirut escapes representation, as soon you as you fixate it, it is reborn somewhere else in an aesthetic, theme, issue or colour that you have never expected before. Beyond the nostalgic or romantic idea of an escaping city, the representation of Beirut, at least in the arts, is far from being exhausted. A few years ago I curated a series of video screenings entitled ‘’Another screening about Beirut’’, I would love to reiterate this cycle with new videos every time for as long as I or the city still exist.

AHW: Is Beirut taking a turn towards a financial structure that is detracting from Beirut as a cultural city?

AAK: Definitely yes and this is another form of war happening here, the war against privatisation, against demolition of cultural heritage, ancient hippodromes and traditional Lebanese houses among so many other things. In the absence of social infrastructure and above all government to say the least (the president’s seat is vacant since 25th May 2014), real estate companies and private investors have no end-point. All these projects are benefiting a very small class of already wealthy people. In the shadow of skyscrapers promoting ridiculously immense apartments, the voices of activists and civil society is low, although growing……(this interview happened before the popular protests that started on August 22nd, 2016 by “YouStink” movement and against corruption. Exceptional decrees have become normalized, laws and regulations are being transgressed everyday but this is not refraining cultural organizations, museums and independent curators to attempt to operate within this complex and tedious reality, which from a personal perspective can be highly interesting and much more challenging. Every breach of change, as tiny as it can be, brings a lot of hope and empowerment to the civil society and we need that! Therefore my focus with Temporary Art Platform is to encourage ‘contextual’ practice, be it through working in the public realm or activating research topics in the arts on critical subjects and issues emanating from the context.

AHW: Many people associate Beirut with experimental and radical ideas in the arts. Do you agree with that?

AAK: The Lebanese contemporary arts scene definitely instigated certain aesthetics in the arts especially in the nineties. It is commonly referred to as the ‘’post-war’’ generation of artists dealing with questions of representation, interpretation and experimentation with archives, memory and historiography as well as documentary and fiction in relation to the recent past of Lebanon. Nevertheless I won’t qualify these practices of ‘’experimental’’ as they ended up shaping over the course of years an aesthetic not to say a movement, which circulated widely and still does. Probably this idea of ‘’experimental’’ comes with the fact that these voices and practices emerged with very little infrastructure around, very scarce support yet with innovative mediums and genres at a time when Lebanon was still an emerging country for the global art world. Now that the projectors have slightly shifted, there is much more diversity in terms of aesthetics, mediums and methodologies, it is definitely not a question of generation but a question of time.

AHW: During your talk at Kunsthall Stavanger you commented on the narrow access the public had to Lebanese culture through museums and institutions when you grew up, but that the situation is different today. Why and how has this situation changed?

AAK: Well when I grew up in the 90’s, the war had just ended; there was very little happening in the visual arts other than the exhibitions at the French Institute, the salon d’Automne of the Sursock Museum and the Unesco palace. The offer has much grown since with the birth of all these institutions and initiatives that are very active with public programs since the early 2000’s. Unfortunately, the audience of these institutions is also growing in numbers but not much in diversity and this will not happen until art education is seriously taken into account on a national level.

As we speak, there are a few projects of ‘’museums in the making’’ (at least four) which will drastically change the cultural landscape and hopefully contribute in shaping a ‘’museum culture’’ that the Lebanese public doesn’t have.

AHW: In an article in the May addition of Artforum, Christine Tohme wrote about art institutions in Beirut in which she argues that art institutions are transitory. However she proposes that this is a good thing because it means that there is always dedication, and that this situation may be related to the urban landscape in constant flux. It is interesting that these institutions come and go because it reflects what is happening around us all the time, socially and politically. Tangible and Static institutions are boring. The art is secondary if you consider it as an accessory, but if you consider art as a socio-political project, it is not an accessory, Tohme points out. Do you agree with this sentiment?

AAK: I like this idea of institutions that are ‘’context-responsive’’. When I was at the head of the Hangar as a curator I realized how difficult it was to have a long-term vision for your institution in a context where everything is so fragile and shifting so rapidly. Not only funding is impossible to sustain in the long term – funding being most of the time project-based and when structural funding is made available it is rarely for a period beyond one or two years – but programming, commissioning and setting-up collaborations can only be relevant when it emanates from a pressing need or situation.

When I launched Temporary Art Platform, the idea of temporality in the structure and functioning of the institution was a core philosophy. I always say that T.A.P can sleep if it has to! I realized that I didn’t want to be dependent on funding entities nor from a regular program of activities or constant board meetings. The project is an answer to the exhaustion of institutional set-ups somehow in the way it operates but also through its mission and focus on the public realm and the context. Projects only occur when an issue + a funding body + artistic concern meet, and when they don’t nothing happens.

Each project calls for its contributors and team and hopefully we will never settle in an office! It is the only way I see it viable in Lebanon for the moment. Art is a socio-political project in Lebanon that is my profound belief otherwise I would have opened a commercial art gallery years back and shut the door to the precarious loop of curating as an independent from Lebanon. 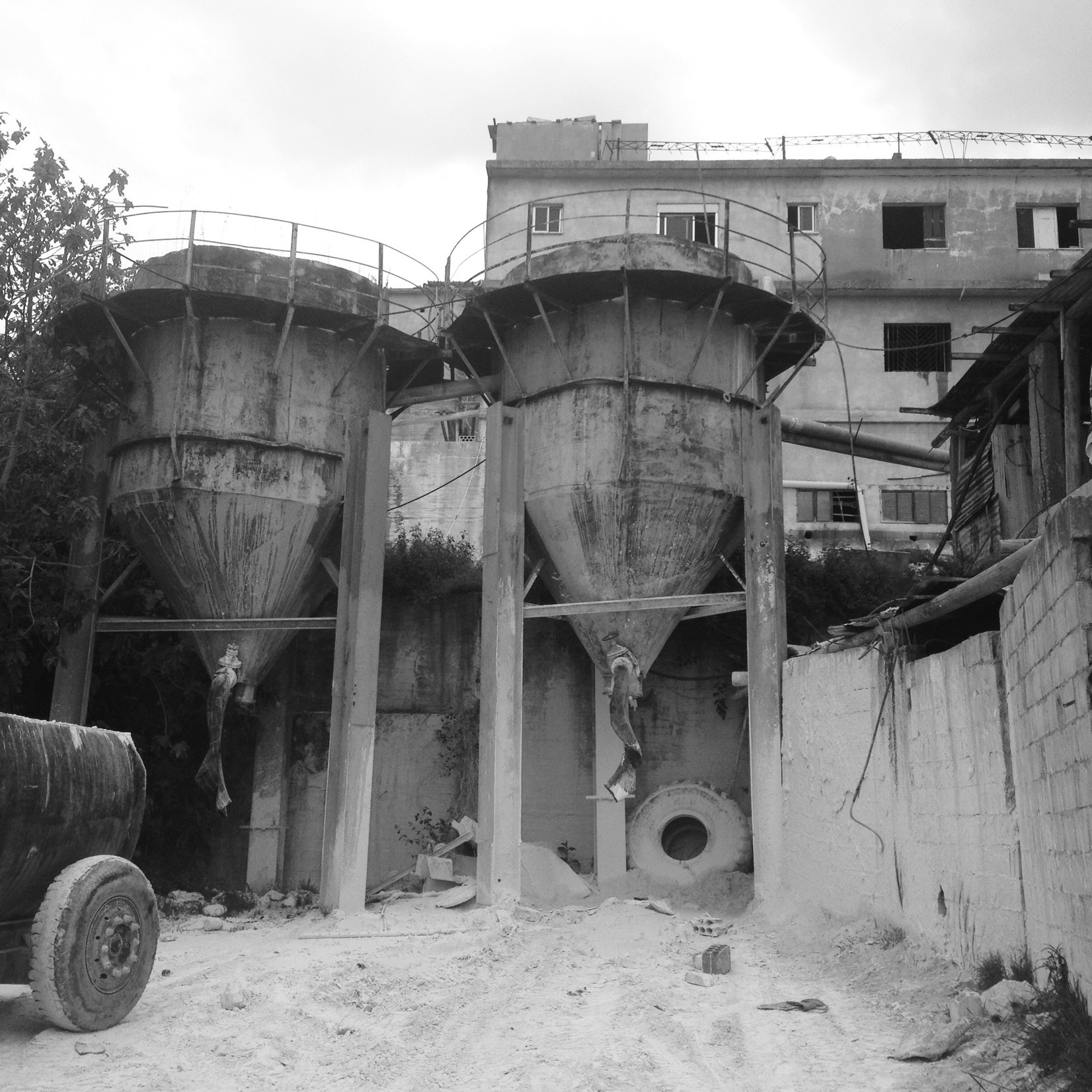 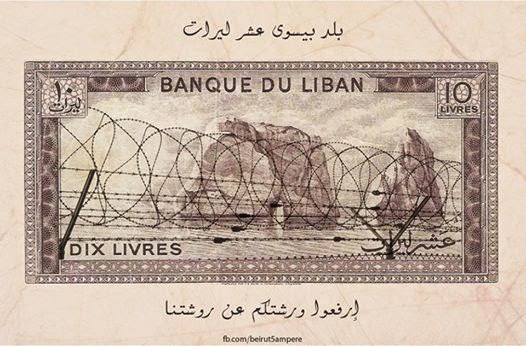 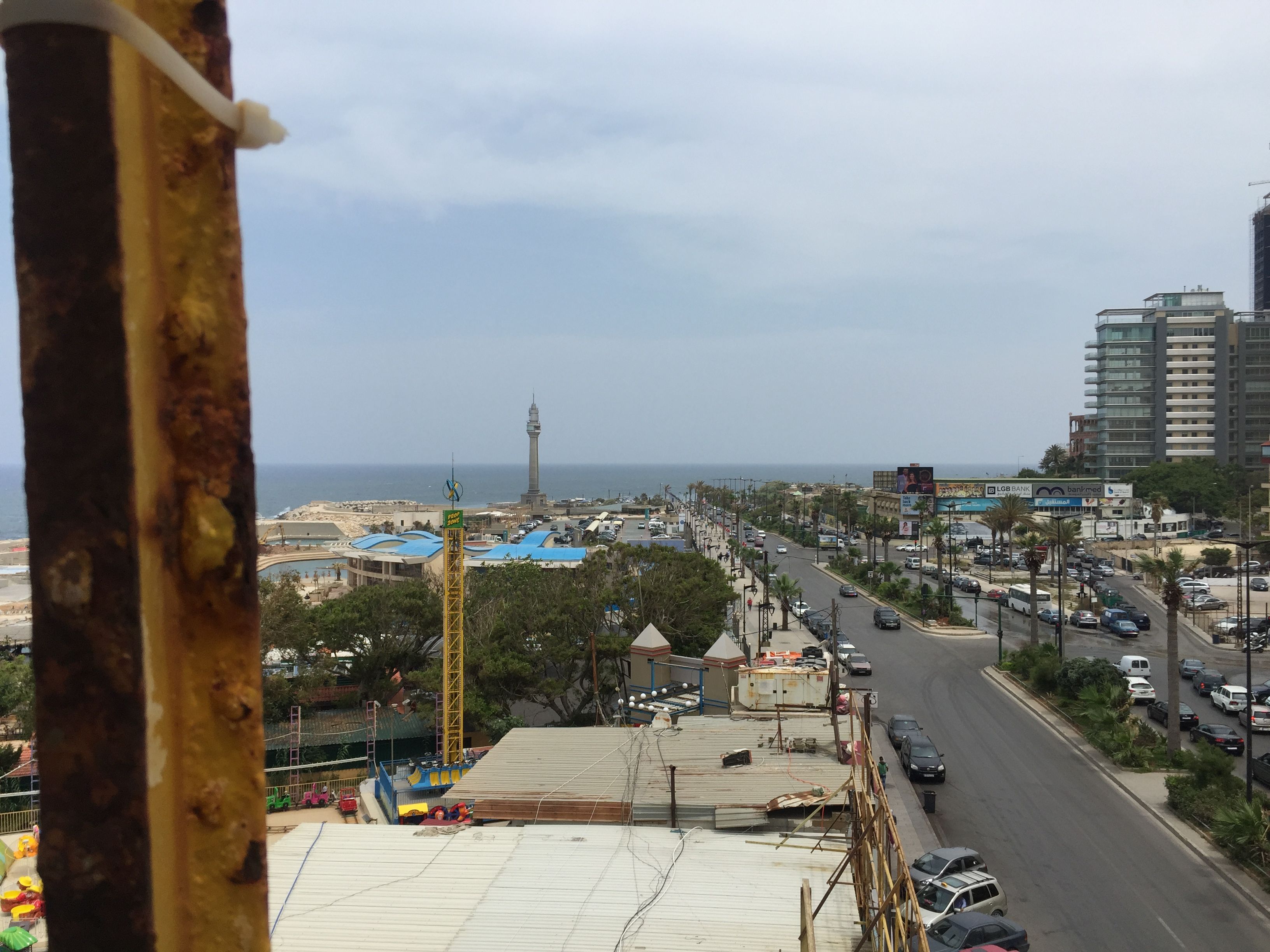 Image courtesy of Temporary Art Platform. There is no sea in Beirut, city tour by Rani Al Rajji.